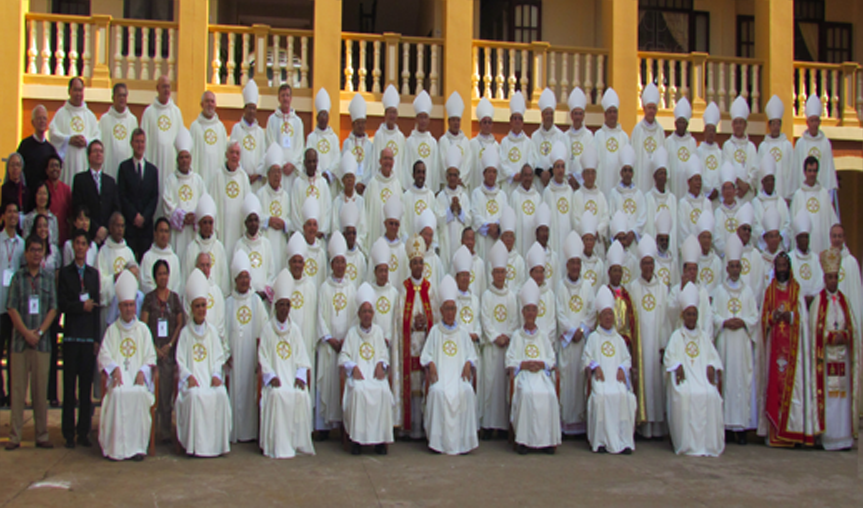 Bangalore(Story By: Jose Kavi– Matters India): A leading Catholic theologian has urged his fellow theologians to revisit the teachings of the Asian bishops to help the Church respond meaningfully to crucial issues in a region where half of the world’s population lives.

The Federation of Asian Bishops’ Conferences (FABC) in its “vast corpus of teachings since the 1970’s,” has indicated how to lead a true and meaningful Christian life in the region, the Sri Lankan scholar noted in his keynote address at the opening session of the first conference of moral theologians in Asia.

“From them, one could derive certain contours for doing moral theology in Asia,” he told some 100 theologians from around the globe attending the four-day conference that began Friday at Dharmaram Vidya Keshtram (DVK, garden of virtues knowledge temple), a Pontifical Athenaeum for philosophy, theology and Canon Law, in Bangalore, southern India.

The FABC was formed in 1972 by the coming together of the various Episcopal Conferences to better serve the Church in Asia.

Father Tirimanna, who teaches in major seminaries in Sri Lanka and Rome, regretted that “the vast majority of Asian theologians has not taken such FABC indications seriously, and continues to walk along the beaten track of the classical Western moral theology.”

“This is obvious if one were to glance through the syllabuses of Asian seminaries and other theological institutes where moral theology is taught and studied. Even in their writings, the majority of Asian moral theologians seem to be locked inside the Western classical framework of moral theology.”

He expressed the hope that the conference “will open avenues for our moral theologians in Asia to seriously reflect and work toward a genuinely Asian moral theology.”

The theologian noted that the bishops in Asia had advocated the concern for environment and human life more than ten years before Pope Francis address those issues in his latest encyclical.

Fr Tirimanna urged the gathering to include suicide of farmers, starvation deaths, pollution, avoidable natural calamities and gang war killings in their study of life issues.

He noted that Asian bishops still consider heterosexual marriage as the corner stone of family life. However, they are becoming increasingly aware of “a variety of family forms” in the continent such as single mothers.

Another “unavoidable Asian reality” is inter-faith marriages that provide the Church both opportunities and challenges for Evangelization in Asia. Fr Tirimanna wants the theologians to help the Church find “pastoral ways to protect the faith of the vast multitudes of Asians who enter into such marriages.”

Archbishop Bernard Moras of Bangalore, who opened the conference, said in the changed modern world doing theology in a cross-cultural and interreligious Asian context has become imperative and not an option.

The prelate also said the Churches in Bangalore and other cosmopolitan places in Asia expect the theologians to suggest ways to deal with plethora problems confronting them from globalization and other challenges.

The conference is part of preparation for the Third International Cross-cultural Conference for Catholic Theological Ethics in 2018, said Father James Keenan, chief organizer.

The American Jesuit priest stepped into job after his confrere Fr Lucas Chan from Hong Kong who died May 19 in the United States.

The conference started by observing a one-minute silence for Fr Chan.