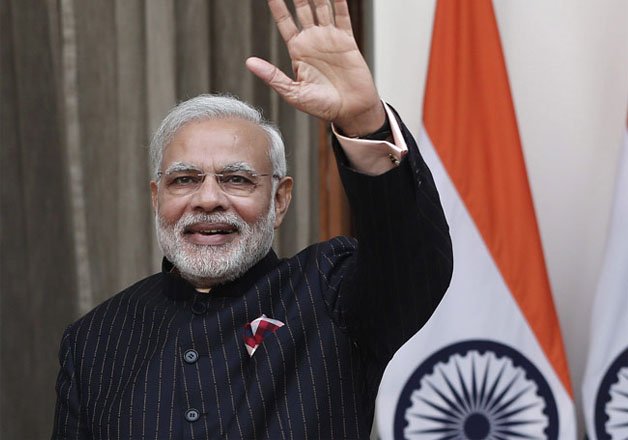 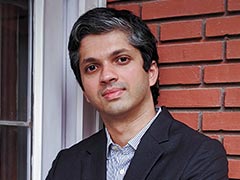 The article below which appeared in  NDTV today, has been recommended for CCV readers by Shri Varghese Pamplanil who is an avid readers, writer and critic.

Narendra Modi turned 71 last month. It is tempting to compare his situation to that of India's first Prime Minister on his own 71st birthday. Like Jawaharlal Nehru in 1960, Modi has become synonymous not merely with his own administration, but with the Republic as a whole. His command over his party is total; he faces a weak and fragmented opposition.

The inequality in status between the PM and his ministers is so great as to make nonsense of the idea of a cabinet government. Every achievement or new scheme is branded with the Prime Minister's name and face, but no failure seems to taint him. In the early 1960s, many commentators believed that Indian democracy would not survive Nehru's death. Now, in a country of 1.4 billion, Modi has successfully persuaded voters that there is no alternative to him.

Of course the parallel is inexact. But this much is undeniable. All our republican institutions – separation of powers, federalism, Parliament, the Cabinet, independent regulatory and investigative agencies – are weakened by the identification of the state with a single individual. This can be true even when the individual in question is sincerely committed to those institutions.

The complete Modification of the Republic is sometimes attributed to the Prime Minister's own gifts, sometimes to the inadequacies of the present set of Nehru-Gandhis, sometimes to sociopolitical climate change that across continents has proved salubrious to populist-nationalist strongmen. All these factors have played their part. But a fourth factor is overlooked. Narendra Modi is, quite literally, a survivor. He dominates the scene because a generation of Indian politicians – his generation – died before their time.

Consider the following list of BJP leaders. Rangarajan Kumaramangalam, Pramod Mahajan, Gopinath Munde, Ananth Kumar, Manohar Parrikar, Sushma Swaraj, Arun Jaitley. All born between 1949 and 1959. All dead before the age of 70. The last four served under Modi, but every name on this list was senior to him in politics – they had served as a chief minister or Union minister before Modi's entry into electoral politics in 2001.

In one sense, the most significant name by far in this list is Pramod Mahajan. Mahajan was the closest thing in the BJP to an official successor to Vajpayee and Advani. Vajpayee famously named him Lakshman to Advani's Ram when passing the baton of party leadership at the end of 2005. Four months later, Mahajan was dead, fatally shot by his younger brother.

A living Pramod Mahajan would have constituted the primary obstacle to Modi's national ascent. It is difficult to imagine Mahajan giving way to Modi in the way that Sushma Swaraj and Rajnath Singh did in 2013. Of course, Modi may well have made it to the top anyway – but Mahajan would have represented a genuine alternative/rival of the kind that simply does not exist in today's BJP.

In collective terms, the BJP has suffered an immense loss of competence. The price has been paid not by the party, but by the country. Every name on this list would, if alive, be a senior cabinet minister or Chief Minister today. They would elevate the Cabinet in terms of experience, credibility, and administrative dexterity. Instead, we have a cabinet dominated by political lightweights and retired bureaucrats. The BJP's "talent deficit" is not structural. It is the consequence of losing a generation.

Without this generation, the BJP is dominated by politicians from Gujarat and the Hindi belt who lack an understanding of India's social and cultural pluralism. And it is has lost its link to the party's two previous periods in government – the Janata and Vajpayee eras. The "Emergency spirit" of working across non-Congress party lines died with them.

Take Ananth Kumar, an old-school dealmaker who got along with all parties, and helped out his state even when it was run by the Opposition. The contrast with the present generation of Karnataka BJP leaders – such as his namesake, the MP for Uttara Kannada – could not be sharper.

Narendra Modi and Amit Shah have no experience of managing a coalition. Neither do the vast majority of their colleagues. The manner in which they passed the farm laws, and their response to the protests that followed, have exposed the lost skills of compromise, negotiation, and trust-building-skills possessed by the likes of Jaitley, Swaraj and Mahajan.

The Congress has been every bit as transformed by a series of premature deaths. And, unlike the BJP, it has paid a direct political price. One of the most striking facts of recent political history is the Gandhi family's ability to retain control of their party over a decade of the worst electoral performances in the Congress' history. It seems to violate the most basic laws of party politics. Parties exist, after all, to win political power.

Between 2000 and 2009, the Congress lost Rajesh Pilot, Madhavrao Scindia, and YS Rajasekhara Reddy to transport accidents (road, plane, and helicopter respectively). Were they alive today, they would be the party's three most powerful leaders outside the Gandhi family. Pilot and Scindia were precisely the kind of Hindi-speaking mass leaders the Congress no longer has. As for YSR – no single event in the history of the decline of the Congress may have been as pivotal as his death.

Of the so-called G-23 leaders, only two, Shashi Tharoor and Bhupinder Singh Hooda, have a mass following, and Tharoor's is spread across India rather than rooted in his state. There is not one leader left in the Congress (with the provisional exception of Bhupesh Baghel) who is in true command of their own state unit. The Gandhis retain their hold on the party because every credible challenger is either prematurely dead (the three aforementioned) or has left the Congress (Mamata Banerjee, YS Jaganmohan Reddy).

Under YSR, Andhra Pradesh was as central to the Congress' national fortunes as Uttar Pradesh is to Modi's BJP. His death, and Sonia Gandhi's subsequent treatment of his widow and son, turned Andhra Pradesh from the bedrock of the Congress into one state where the Congress is absent and another where it is peripheral. Had YSR lived, the Congress may still have lost in 2014, but with many more than 44 seats. And he would have refused to countenance the drift that followed.

There is an older history of Indian history turning on premature deaths. Nehru had the stage to himself because Subhash Chandra Bose was dead. If Lal Bahadur Shastri lived another five years, the Congress may have never turned dynastic – and India may have avoided both Indira Gandhi's socialist turn and the Emergency.

And, of course, Sonia, Rahul and Priyanka Gandhi's very political careers would never have existed but for Sanjay Gandhi losing control of his Pitts S-2A biplane on June 23, 1980. If he were alive today, he would be 74 – younger than three current Chief Ministers and younger by five days than the current Congress President, his sister-in-law.

But those were individual deaths. Between 2000 and 2019, India lost a whole generation – and we are still counting the costs.