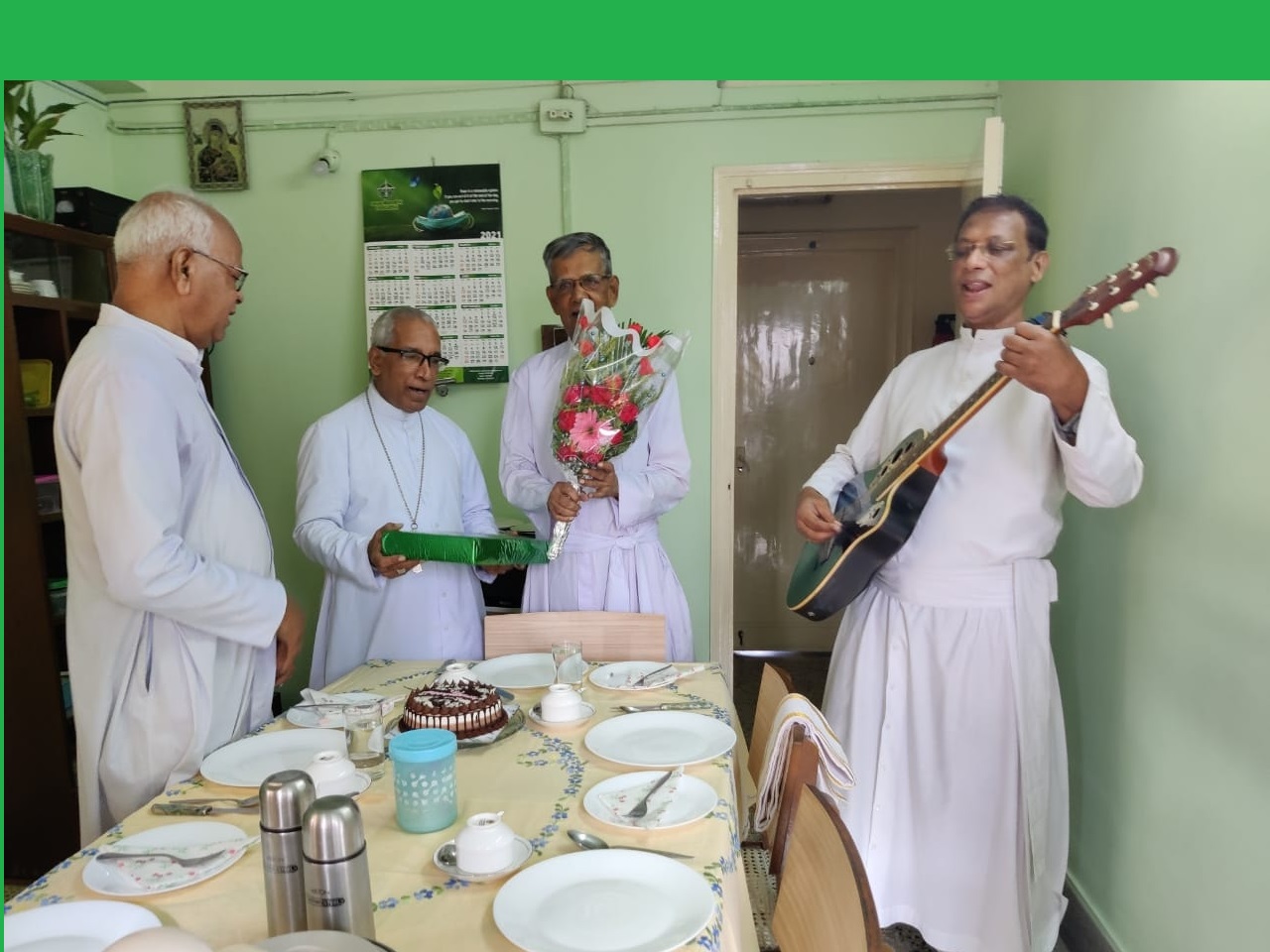 On 7th September 2021, the Archdiocese of Calcutta lost two great souls on the same day and both in early morning hours.  The first was Fr Michael Bhaju (born 19th December 1934) and the second was Calcutta's very famous musician Maurice Menezes.

In fact, on  7th September 2021, the Archdiocese of Calcutta felicitated Fr Bhaju on his 59th Priestly Ordination (see cover photo above).

Fr Michael Bhaju was ordained in Ranchi in 1962 and was Vicar General of the Archdiocese of Calcutta from 2002 to 2009.  As per feedback received from different quarters, he was a kind and considerate person and at the same time was very articulate.  He would never search for words and spoke his mind in his resonant voice in very clear diction.  He used to write quite often in the Herald, the official mouthpiece of Calcutta Archdiocese. He was a great sportsman and enjoyed watching football and cricket matches.

In his report in the Herald 03 August, 2012 on St John Mary Vianney in the context of the Year of Faith `Porta Fidei’ he wrote: "St John Mary Vianney was truly an expert in prayer.  There are people who spread prayer carpet and pray five times a day.  Do we meet our Lord face to face as Martha and Mary did? Do we pray alone or in silence as Vianney used to meet our Lord and get strength and courage to meet trials and tribulations of life? After a frequent pastoral visit he would kneel and pray before the Blessed Sacrament. Tapping on his shoulder, a parishioner asked him, “What are you doing?” He replied, “Jesus is looking at me and I am looking at him.”

Fr Bhaju further wrote: "The first thing we drop in our priestly routine may be PRAYER. Let us take seriously the exhortation of our Lord – you ought to pray always lest you fall into temptation. A priest is from the world and not of the world.  His powerful weapon is prayer. Through prayer Vianney lived a life of consecration to God, detachment from mundane things of the world."

What a powerful and prophetic observation by Fr Bhaju.  Today his brothers in vocation (?) are addicted to iphones – of course all in the name of storing and reading prayers and songs therefrom. Consecration and Detachment are hit for a six!

Fr Bhaju was the longest serving Principal of St Aloysius Orphanage and Day School, Howrah.  Under his astute guidance the school was affiliated in 1974 to the Council for Indian School Certificate Examination (ICSE), New Delhi. In 1976 the first batch of students were sent up for ICSE examination.

According to a very well-informed friend of mine from Fr Bhaju's Bettiah community, Fr Bhaju was a great heart and an exponent on conducting spontaneous prayers (not long litanies).  One of the grouses is he never used his position to promote the community.  According to my friend and several others, Fr Bhaju would be criticised for not `doing his bit’ for his community.  But Fr Michael took all the barbs in his stride and met his detractors with a smile and prayers for them.  Today his impartial disposition is worth emulating by our 56-inch-chest-politicians who are hell-bent on dividing our pluralistic society on radical and dogmatic lines even to the extent of pushing a Majoritarian culture.  In this context, our Church Hierarchy too needs to take a relook at Fr Michael’s neutrality.   It must realise that the Church is a Community of Communities and not the other way round – cocooned in cultural, linguistic and regional groups.  Didn’t Pope Francis say, “The Church is outgoing. She is either walking and expanding or she is not Church?”  Had Fr Michael not been a priest, he would have made an excellent statesman to ensure Common Good, the need of the hour. How about allowing priests and nuns multiple roles according to their aptitude on the lines of the parable of ten gold coins? 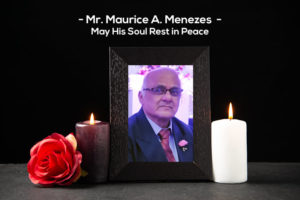 Along with Fr Michael Bhaju, another great soul who left for his heavenly abode on the same day (7th January 2022) was the very well-known singer-musician and music director par excellence Maurice Menezes. He was suffering from various ailments, in particular high blood sugar. Already he had to get one toe amputated because of this. He just liked to gel his music with socializing.

On the occasion of the Golden Jubilee of Frank Anthony Public School, Kolkata in 2015, music aficionados would recall Sound of Music opus under his memorable direction at Kalamandir Auditorium Kolkata. He had a very sore toe but he did not flinch a bit and directed the whole programme standing at Kalamandir Auditorium for three successive days (four two-and-half hour shows).  My friend Peter Mervyn Chowdhury, senior teacher of the school (Junior Section) who too was part of the live orchestra on his guitar told of me of Mr Maurice's sheer dedication to his music.  Mr Maurice Meneze's advice to Peter was: Always be a good human being. He practised this virtue till he breathed his last. No wonder whoever came in touch with him would feel the warmth of his geniality. Kolkata's two heritage musical equipment stores Braganzas and Reynolds swore by him and serviced anyone who was referred to by him.

People from far and near would flock to Sacred Heart Church Dharamtala where he would play the pipe organ and sing too. Later on he shifted to Fatima Shrine where too the faithful would flock to listen to his baritone voice and out of the world organ play. He was a great Mathematics teacher and former Vice-Principal of St James School, Kolkata. He was also associated with Don Bosco School Park Circus to train students during their concerts.

Kolkata lost two irreplaceable hearts of gold on the same day. It's an irreparable loss indeed.