The slow demise of Catholic magazines in Italy 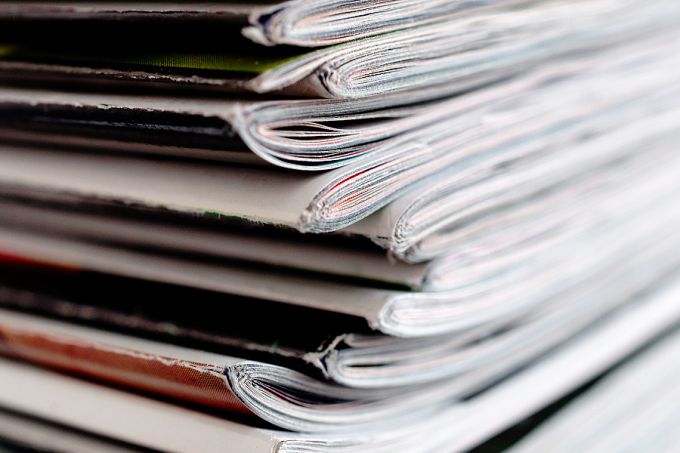 By Andrea Gagliarducci. Rome, Italy, Jul 18, 2015 / 04:15 pm (CNA/EWTN News).- A Catholic-inspired magazine that was once a leader in publishing opinions in Church discussions will quit publication by the end of the year, evidence of a crisis that have been plaguing Catholic magazines during the last decade.

“Il Regno,” a bi-monthly magazine which began publications in 1956, before the Second Vatican Council, will cease publication following a decision by the Northern Italian Province of Dehonian Fathers, who are the publishers of the magazine.

In a statement, the Dehonian Fathers underscored that the decision to end publication was “painful,” as it “weakens our presence in the Italian Church and in the civil discussion,” but was an unavoidable choice due to economic problems.

With ‘Il Regno’ disappearing from the Italian media scene, it is noteworthy that most other Catholic-inspired magazines in the country are living in financial crisis as well. Some have had to renovate, while others have quit publication altogether.

In 2012, “Trenta Giorni,” a Communion and Liberation monthly which was launched in 1983, quit publishing. Mostly focused on Church life, diplomacy and in-depth analysis, the monthly was also delivered for free to Catholic missions in four different languages.

In 2014, the magazine “Ad Gentes,” the only one in Italy completely dedicated to missions, ended publishing because it did not attract enough subscriptions.

Father Piero Gheddo, a long-serving missionary, commented on the shutdown of the magazine saying that in earlier decades, “there was a clear assertion of our identity: going to the encounter of non-Christian people, wherever the Holy See would sent us, to announce and witness Christ and His Gospel, which everyone needs. Yes, we also spoke about works of charity, education, health, progress, rights, and justice for the poor and for those under exploitation. But above all was the enthusiasm for being called by Jesus to bring Him to people living unaware of the God of Love and Forgiveness.”

A lack of missionary identity today could be one reason why Catholic magazines are now facing difficulty.

In Italy, there are some 194 Catholic magazines and newspapers, but Fr. Giorgio Zucchelli, who had served for years as president of the Italian Federation of Catholic Weeklys, underscored that the publishers of the magazines – often bishops – tend to push for clerical newspapers, while “they should understand that this way, magazines can’t attract people.”

Based on his experience, he added that “Catholic inspired magazines should address more general issues, even the hottest topics, with no fear of expressing their point of view.”

In general, Catholic-inspired magazines in Italy have been beacons of freedom.

Records indicate that 58 Catholic magazines were founded in Italy from 1867 to 1922. During the Fascist Regime (1923-1943) there were just 10 new Catholic magazines, while the period from 1943 to the end of the Second Vatican Council saw the birth of 33 new magazines. From the council up until 2010, the most recent data available, 86 Catholic-inspired magazines were born.

Founded in 1956, “Il Regno” has always followed the vision suggested by Fr. Zucchelli: from the very beginning, the magazine published a wide variety of articles on news, with a special focus on Italian politics, and also emphasized ecumenism, Third World issues, and social issues.

In 1964, “Il Regno” also started publishing “Documents,” a paper book attached with the magazine which re-published all the Pontifical documents.

Together with “Il Regno,” the Dehonian Fathers also decided to discontinue another publication, “Settimana.” A monthly magazine filled with high level theological reflections, it was a must read among priests, especially in the Vatican Curia.

Moving forward, the shutdown of “Il Regno” raises many questions: is there still space for Catholic inspired information in the saturated media world? And to what degree is a strong Catholic identity necessary for the survival of Catholic media?