The dangers of politics of organised religion! 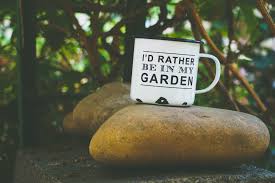 Please note: we have been discussing a lot about the ill-effects of ORGANISED religion, in particular about the multitude of churches!

Jesus the Jew preached his spiritual vision. His first followers were called the church of the catacombs, underground. It was with the advent of Constantine and his political patronage that the church became a religio-political faction fighting for dominance leading to crusades, finally ending up with the “conflict of ivilisations” Canadian author Huntington speaks of.

That is a very long still going on in India between ‘Hindutva’ and other religons. The principle is that religion and politics should not mix. One is for private and the other for public domain!

It is here that Pope Francis gives the best example: “W are all just brothers and sisters only!” All of us have to become “World citizens” in this internet age to promote unity, peace and prosperity!

It is here that  the column of Kapil Sibal, a prominent lawyer and Rajya sabha MP becomes very relevant!  james kottoor, editor WCV.

History has witnessed that whenever the state and ecclesiastical authorities acted in unison, it led to violent outcomes. That is what we are witnessing today.

Trade is for profit. Organised religion has also become a ‘for profit’ enterprise. This is because organised religion and political agendas feed on each other. The religion of politics thrives when it has a symbiotic relationship with the politics of religion.

The politics of organised religion aims at increasing its footprint, not necessarily by propagating its moral tenets but by appealing to a person’s baser instincts, especially fear of alleged threats to one’s faith. This makes the votaries of that religion fall prey to causes divorced from reality. Such emotive appeals make people insecure and vulnerable to propaganda. The religion of politics, for electoral advantage, supports this narrative. This helps unite the community of a particular creed across caste and other fault lines. Those belonging to the minority community cannot take advantage of any such symbiotic relationship because those in power cannot derive an electoral advantage from such presumed threats.

Organised religious majorities have much to gain when those in power fuel that faith’s agendas. They then get access to the corridors of power and start, first by participating and then setting national agendas. Such a parasitical relationship is corrosive of democratic structures.

In India, organised majoritarian undercurrents were on display even prior to 1947. They sought to assert themselves during our struggle for freedom. After Independence, these forces suffered a setback when Gandhiji was assassinated in January 1948. The RSS was banned thereafter, for, contrary to its principles, it allegedly exhorted people to violence and indulged in violent activities. The ban imposed in February 1948 was lifted in July 1949. The Bharatiya Jan Sangh, which was formed in October 1951, passionately espoused the cause of the Hindu right but without much electoral success. It got assimilated into the BJP that was formed in April 1980.

With the assassination of Indira Gandhi in October 1984 and fresh elections to the Lok Sabha, the presence of the BJP in the Lok Sabha was a meagre two members of Parliament. It is thereafter that fresh seeds of the unholy alliance between organised majoritarian faith and politics in India were sown when a BJP supremo launched a Rath Yatra in September 1990 to educate the people about the Ayodhya movement. This resulted in spectacular dividends for the BJP.

Having tasted blood, the contours between state and religion became somewhat blurred under a BJP dispensation. With Narendra Modi coming to power, the state unabashedly started propagating majoritarian religious agendas, with several government initiatives aligning themselves to such plans. Courts too gave priority to issues like ‘triple talaq’ over those that were far more pressing. Lynch mobs had a field day with little to fear from those responsible for maintaining law and order. Police were reluctant to take action against the accused. Instead, they occasionally foisted cases on the victims. Outfits like the ABVP, Bajrang Dal and a host of others ran amuck with the confidence that they will get the protection of the state for their provocative and often illegal actions.

From baiting members of the minority community to acts of open violence, with the state reluctant to prosecute, these disruptive elements believed that they could act with impunity. The leadership of the BJP too has been openly taunting the minority community. From ‘abba jaan’ to references to ‘shamshaan and kabristan’ and ‘goli maro…’, all these barbs became reference points of public discourse.

Significant players in mainstream media and social media platforms said to be financed and armed by savvy technocrats and ‘bhakts’ give impetus to such divisive statements that vitiate the atmosphere. The objective is to communalise matters of faith.

Having succeeded in its evangelical zeal, the Modi government has been strategically appointing pliable bureaucrats to key positions to do the government’s bidding, thus helping it to carry forward its divisive agenda. Key constitutional positions are slotted for either the “like-minded” or those committed to its agenda. The RSS has found its place in the sun as its core objectives continue to be translated into action.

The Hindutva agenda is slowly but surely being realised. School textbooks are being changed reflecting the political priorities of the establishment. The heroes of the past are being buried and historical facts reinterpreted to serve the establishment’s political priorities. Historical monuments are being whitewashed with a coat of modernity or effaced by stripping the past of its heritage.

This has also catered to the rise of a culture, the architecture of which is to dominate, to fuel nationalism as the embodiment of virtue, a nationalism that encapsulates elements of the majoritarian cultural agenda that seeks obedience. From this narrative emerges the concept of ‘us vs them’. This in turn feeds into the nationalist fervour of conformity. Thus, the refrain is that the only way to make the nation strong is to make the majoritarian culture prevail, become exclusive.

Violence through speech and occasionally action becomes a legitimate instrument to ensure the nation’s unity and forward march, for dissent, they say, has the tendency of stalling progress. Asking questions and holding peaceful protests to seek answers are perceived as anti-national activities.

Organised religion working in tandem with the state results in concentration of power in the hands of a few, as they are seen to represent the collective wisdom of the majority. Distribution of largesse to the favoured few becomes the norm with none to question it. When state power and national wealth are enjoyed by the chosen few, we then witness the emergence of totalitarian structures.

Organised religion pays scant respect to the values of religion. It enjoys the trappings of power and all else that comes with it.

History has witnessed that whenever the state and ecclesiastical authorities acted in unison, it led to violent outcomes. The state’s hunger for territories and wealth worked in tandem with religion’s fervour to expand its footprint. That is what we are witnessing today.(Senior lawyer, Congress leader and member of Rajya Sabha)