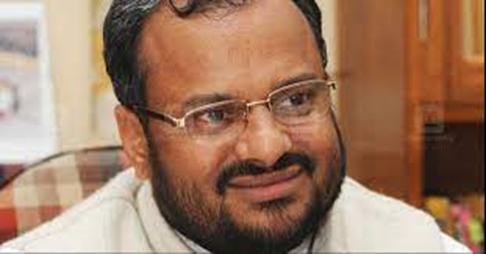 “Live in hope, only to die in despair!” Is that the only option for living one’s convictions here on earth called a “Vale of tears!”, if you can’t prove your convictions? It looks so for me, although I am nether against any accuser or accused! Then where is room for hope? Won’t that put both Hope &amp; Faith” on the same footing? It should, if humans are to be led by their only light called “Reason!” Or is reason also a faulty means to go by? No, it is not a universally applicable norm for all, but valid for each individual. Hence the Pope’s statement – all beliefs, convictions are willed by God, if there is One!


That alone would save all from a “Hell”, a myth (non-existent) of human imagination. So be happy &amp; at peace! james kottoor, editor WCV
Please read below “Bishop Acqitted!” Kottayam, Jan 14, 2022: A court in Kerala on January 14 acquitted Bishop Franco Mulakkal of Jalandhar in the nun rape case.

Judge G Gopakumar of the Additional Sessions District Court said the bishop has been let free for want of evidence. Bishop Mulakkal left the court premises immediately after the verdict was announced. “Praise the Lord,” he said as he went out of the courtroom. The verdict came after 105 days of trial. Bishop Mulakkal was brought to the court by 9:30 am. He arrived with his brother and brother-in-law and entered the court through the back door. The administration has deployed police force around the court premises under the guidance of the Deputy Superintendent of Police Kottayam.

Bomb and dog squads inspected the courtroom. Barricades were positioned on the court’s compound. The rape case against the Bishop was registered by police in Kottayam district on June 27, 2018. Mulakkal was arrested September 21, 2018, and sent to jail in Palai in Kottayam. He was released on bail on October 15, 2018. The alleged rape survivor, a former superior general of the Missionaries of Jesus, had alleged that Bishop Mulakkal had subjected to sexual abuse at least 13 times between 2014 and 2016.

A day before his arrest, the Vatican had accepted Bishop Mulakkal’s request to relieve him from his duties until the case is over and appointed a diocesan administrator. The Special Investigation Team which probed the case arrested the Bishop and charged him with wrongful confinement, rape, unnatural sex and criminal intimidation.