Bhajans in Worship of Christ 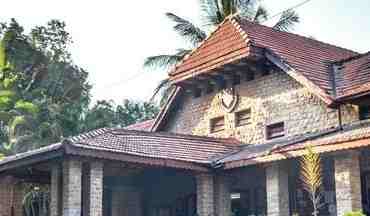 Bengaluru (Matters India): The green campus of United Theological College has lush lawns and is a serene escape from urbanisation. The administrative building is the oldest structure and was built in 1912.

The solid stone walls have survived the World Wars and witnessed the struggle for independence and other historic events over the last hundred years.

The first classes were conducted at the LMS seminary on Mission Road in 1847. The institute operated as the Bangalore Theological Society with one class room, a common room, a dining room and small rooms. It then had eight students. The man who initiated the funding was John R Mott, who was also connected to the ecumenical movement in Edinburgh. “The ecumenical movement is the coming together of all Christian denominations and sects and is an all encompassing approach to religion. It is a practice of accepting all Christian traditions (Orthodox, Catholic, Protestant, and Charismatic Groups) and other religious traditions without prejudice. Bhajan singing, usually a Hindu practice, for instance, is part of our worship every day. We want an inclusive community,” says Rev. Dr John Samuel Raj, the Principal.

Before acquiring the land on Millers Road, several places were considered in the city.

The first structure had a library with an archive in the basement, and classrooms were adjacent to it. In the same year, a chapel was inaugurated by R T Horton and John R Mott. UTC was born out of a meeting held in Kodaikanal in June 1906 initiated by J Duthie who worked for the London Missionary Society.

The meeting was called to fulfill dreams of the missionaries at the point to put forward a proposal to set an ecumenical Christian Theological Institute for the purpose of theological education with a difference.

Notable missions from across the world were on the board meeting: J H Wyckoff from American Arcot Mission, LMS, J H Maclean from the United Free Church of Scotland, J P Jones of the American Board of Commissioners for Foreign Missions.

In the fifties, the college had the first Postgraduate and Doctoral Centre for Theological Studies in India.

The college has the most number of resident students – about 200 – in the country.

The Ziegenbalg Chapel, which is part of the main building, has remained untouched over the years and it holds a sentimental value, says Principal Dr John Samuel Raj.

Historian Arun Prasad from the Discover Bangalore Project says, “It is one of the quaintest structures in Bangalore and one of the best preserved pieces of history in the city. Even the trees are beautiful. Most of the rain trees are ancient. During the 1900s, it occupied a prestigious position on the high grounds as it over-looked the Millers lake, which is now non-existent.”

A few faculty members were an integral part of the freedom movement. P D Devanandan, who was a prominent faculty member, collaborated with MM Thomas, another Christian thinker, both inspired Christian communities to be a part of the Freedom struggle.

The Christians in India wanted to free themselves from the Western colonial rule, though they appreciated the contributions of the Western missionaries and did not like the scepticism with which Indian Christians were viewed. UTC produced a great number of Church leaders in India, both past and present.

“We are a blend of Western and Eastern intellectual traditions. We take the best from both and contextualise to practice Christianity in an ethos of openness.

We incorporate a lot of indigenous elements in our teaching as part of the ecumenical approach.,” says Principal Rev. Dr J R John Samuel Raj. It is no surprise that it engaged with nationalistic identity. Mahatma Gandhi visited the college in 1927. He spoke about the khadi and charka as the symbols of poverty, he went on to speak about how the Western Missionary and their principles did not reflect the needs of the masses.

The speech noted down by Mahadev Desai in the Annual Report reads “I do not like the expression ‘patronising Khadi’ used by you.

It has a bad odour. Will you become patrons or servants? So long as Khadi is patronised it will be a fad or fashion, but when it becomes a passion, it becomes a symbol of service. The moment you use Khadi, you begin to serve.”

His letter is preserved in the College Library which talks to the faculty and students, but the context is hard to place. Indian Christian leaders, who were part of the nationalist movement, had close associations to the college. K T Paul, who helped in the collaboration of YMCA and UTC, participated in the Round Table Conference in London and represented the Indian Christian Community.

Through his support, he framed the Gandhian movement in the Indian Christian context. UTC became a platform to voice against the colonial values.

The library, a collection of more than hundred thousand volumes, has a treasure trove of artifacts dating back to 1523. Some of them include the oldest Tamil Bible from Tranquebar, Minute Books which are similar to a journalist’s recording of parliamentary sessions of meetings, Wesleyian Mission and American Madurai Mission, palm leaf readings of the Ramayana and Christian preachings before 1900, a cartographical representation compiled by the American Board of Commission for Foreign Mission. ‘It is the biggest book in the library,” says Samuel.

Pictures of the Madurai Meenakshi temple, elephants used in processions and a temple dancing girls are also used in the citySadhu Sundhar Singh was a religious leader who visited the college. His teachings have also been preserved in the college library. Palm leaf readings in Tamil of the Our Father prayer, Kannada Palm leaf reading of Sudhanvana Kalago and other readings that preached Christianity, are there in the Library.

’A missionary friend from America wrote to me suggesting literary education for the masses instead of the Charka. Well I fell sorry for him, especially because he had written the letter from the fullness of his heart. I don’t even Jesus knew much of letters, and if the early Christians cultivated literary knowledge, it was in order to perform their ministry better. But I suppose there is no passage in the New Testament in which there is even the slightest emphasis placed on mere literary education as the first condition for the people to come to their own. Not that I discount literacy. It is a question of emphasis. It is like a good thing misplaced just like matter which is displaced becomes dirt.And whenever I see wrong emphasis being placed on a good thing, my soul rises against it. Before a child has knowledge of letters, it must be fed and clothed and taught the art of feeding itself. I do not want it to be spoon-fed, but self reliant. Let our children first know the use of their hands and feet. So I say the first condition is to take to them the message of the spinning wheel.’’

— Mahatama Gandhi speech was recorded by Secretary Mahadev Desai, but was merely mentioned in the Annual report that year.