PM’S PENCHANT FOR BEING IN THE NEWS BY ANY MEANS 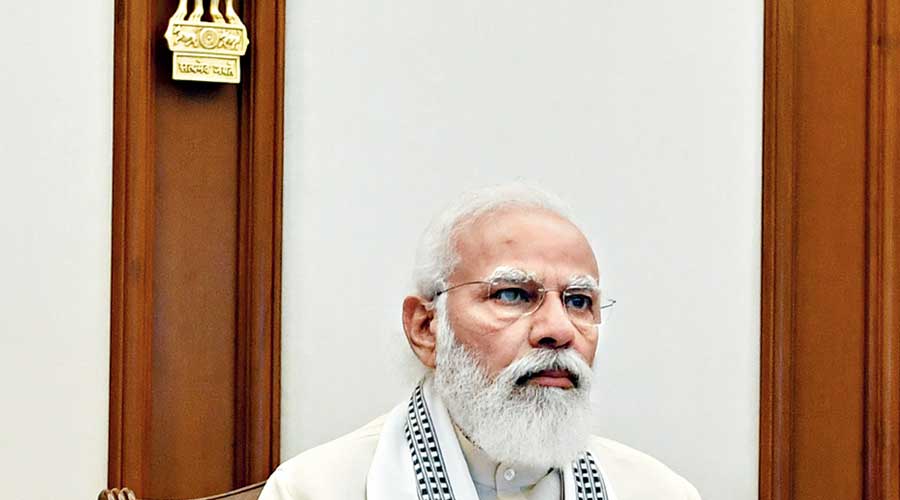 Of late several surreptitious actions of the union government have come up on the public domain. These are:

Let us throw some light on PM CARES Fund.

WHAT IS PM CARE FUND?

The website https://www.pmindia.gov.in/en/about-pm-cares-fund/ reads: “Keeping in mind the need for having a dedicated national fund with the primary objective of dealing with any kind of emergency or distress situation, like posed by the Covid-19 pandemic, and to provide relief to the affected, a public charitable trust under the name of `Prime Minister’s Citizen Assistance and Relief in Emergency Situations Fund (PM CARES Fund)’ has been set up.”

If one clicks Donate Online icon, the following message appears with Prime Minister Narendra Modi’s photograph on the top screen:

“PM-CARES fund is aimed at strengthening the fight against Covid-19. It will further availability of quality treatment and encourage research on ways to beat Coronavirus.  I urge people from all walks of life to contribute to PM-CARES. Together let’s solve the challenges of the present and protect the future.”

Then it guides prospective donor to the various modes of Domestic and Foreign Donations.  It also stipulates “Contributions once processed cannot be cancelled or refunded.”

CONSTITUTION OF THE PM CARE TRUST

Readers please note, the entire board of Trustees is controlled by the Prime Minister and his core cabinet members namely Home, Defence and Finance Ministers.

SALIENT FEATURES OF THE FUND

A close look at the above information gives rise to the following elementary questions from the Aam Aadmi: 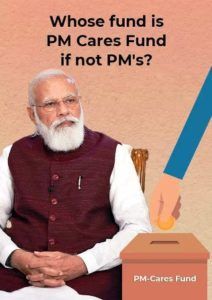 If PM CARE is not a government fund:

2. Why is the prefix PM being used? If it isn't Prime Minister, what does the acroymn PM stand for?

4. Why is it given special preference to get IT, FCRA and RTI exemptions when so many bona fide NGOs are running from pillar to post just to get their FCRA accounts renewed (many of their on-going projects have been hampered)?

5. If it is not a government fund, how is it using the domain name `gov’ and flaunting the prime minister’s face, his message, including our President, the two houses, GOI Web Directory and MyGov on its website https://www.pmindia.gov.in/en/about-pm-cares-fund?

6. What was the need for a separate PM CARE Fund?  The objectives of the fund could easily have been met by the existing Prime Minister’s National Relief Fund (PMNRF).  The resources of PMNRF are utilized primarily to render immediate relief to families of those killed in natural calamities like floods, cyclones and earthquakes, etc. and to the victims of the major accidents and riots, to partially defray the expenses for medical treatment like heart surgeries, kidney transplantation, cancer treatment and acid attack etc. This fund also consists entirely of public contributions. Disbursements are made with the approval of the Prime Minister.  PMNRF operates from the Prime Minister’s Office, South Block, New Delhi-110011 just as PM CARES does.

The above surresptitious methods of the government forbodes ominous days.  Are we in for a Police State?  The outcome of the PM CARES and Pegasus cases will be an indicator.  Let's hope the concerned judges dealing with the cases will not be abruptly transferred or meet the hit-and-run fate of Uttam Anand, the Dhanbad judge.