Archaeology and Bible experts work together to explain the past

Cover photo: The Dead Sea scrolls were discovered in 1947 in the Qumran Caves

Was Christ really crucified and did he really even exist? These questions have mystified not only the followers of Christianity but also scientific experts.

Mr Varghese Pamplanil has oodles of energy for research, reading and writing.  He dedicates all this for the benefit CCV readers. Given below is one more enlightening piece he has unearthed for CCV.  Isaac Gomes, Associate Editor, Church Citizens' Voice.

The biblical story of the Passion of Christ tells of how Jesus of Nazareth was condemned to death and nailed to the cross at the orders of Pontius Pilate, the Roman governor of Judea.

Much of the story is based on accounts in the Bible's New Testament and not all of it is historically verified.

Did Jesus Christ even exist?

Little is known about those ancient days from a purely historical perspective. Even the method of Christ's execution — crucifixion — is hardly documented at all as a widespread punishment in antiquity.

Gunnar Samuelson, a historian at the University of Gothenburg in Sweden, studied all the Greek, Latin and Hebrew/Aramaic sources he could find to learn more about crucifixion. The research into his doctoral thesis in 2010 took him all the way back into antiquity — from Greek philosopher Homer into the 1st century CE. But Samuelson found that there was hardly any recorded evidence of crucifixion as a common method of execution from that period.

But archaeologists have discovered nails with DNA traces on them at the site of today's Church of the Holy Sepulcher in Jerusalem, although there still is no scientific proof that it was indeed Jesus Christ who was crucified and later laid to rest at that site.

However, there is little doubt that Jesus Christ in fact, did exist. "The details have been debated for centuries, but no one who is serious doubts that he's a historical figure," Eric Meyers, archaeologist and professor emeritus of Jewish studies at Duke University said in an article published in the National Geographic magazine. 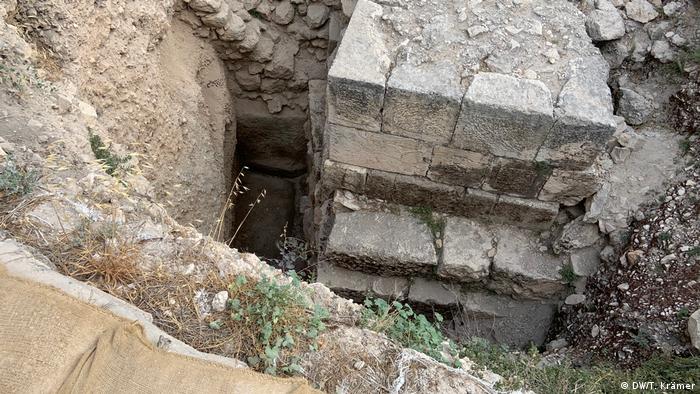 A different perspective on Jerusalem

Stories from the Bible often move in the mythical realm; they cannot be proven right archaeologically.

For example, Jerusalem is described in the Bible as the epicenter of King David's great empire. In truth, however, according to the book "The Forgotten Kingdom. The Archaeology and History of Northern Israel" by archaeologist Israel Finkelstein, Jerusalem was nothing but a one-horse town at the time.

This is exactly why there are new questions and research approaches being raised all the time. Findings in archaeology have become an important source for Bible researchers from around the world because they examine, support or reject biblical arguments.

Materials and artifacts retrieved from excavation sites that date back to the time of Jesus Christ are constantly being evaluated in relation to their respective historical context — with great success.

For example, archaeological excavations in the Old City of Jerusalem have been unearthing more than just the remains of the ancient city walls there. Along with the walls, they have unveiled unexpected finds and new insights reaching back to the Old Testament era.

"You can read (the Bible) as a religious book, but you can also use it as an archaeological source," Dirk Schmitz of the Romano-Germanic Museum in Cologne told DW. At least in that regard, he says, the Bible has its own scientific merit.

"If you want to explore that time period, when Jesus Christ is reported to have come to Jerusalem during (what now is considered to be) the Easter season, where he was arrested and brought before the Roman governor — these are all references to institutions that you can find from historical records."

Schmitz said that Biblical records as such did not exist until 50 or 60 years after Christ's death: "Before that, it was all passed on orally… Something or the other does get altered. Now, imagine written accounts 200 or 300 years later. Against this background, you have to ask yourself, of course: how precise is the historical accuracy of these accounts? Such things are always colored, they are never objective reports." 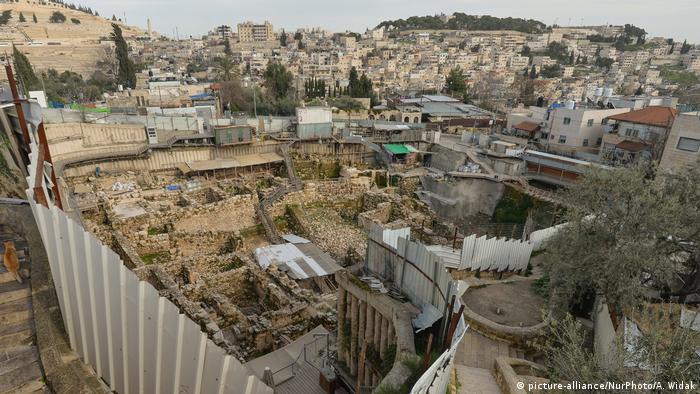 JERUSALEM: A PARADISE FOR ARCHAEOLOGISTS

A village in the city

Jerusalem is arguably the most contested city in the world, the site of centuries of religious conflict. Synagogues, churches and mosques exist side-by-side, both above and below ground, where thousands of years of history lie buried. As recently as spring 2020, this village from the 2nd century B.C. was excavated in the ancient City of David. It is said to date back to the Bronze and Iron Age.

More than 130 years ago, there were a number of ancient Bible scrolls discovered in a cave in Israel near the Dead Sea. Antiquities dealer Wilhelm Moses Shapiro presented these manuscripts, which had been preserved on fragmented pieces of leather, to some of the leading experts of his time in 1883.

Later that year, he even offered these finds for sale to the British Museum in London. However, it was alleged that the documents were forgeries, which were destroyed in a fire. Shapiro, who had been exposed as a forger before, took his life.

Idan Dershowitz, a researcher at the School of Jewish Theology at the University of Potsdam, says, that these documents were only a "small part of the original manuscript." The Israeli scientist fervently continues to believe to this day in the authenticity of this biblical find, even arguing in their favor in an article published in the New York Times.

"So people prepared a general drawing of what this fragment looked like, but they weren't extremely careful about getting the shape of each letter right." Derschowitz then found another transcript that had been made by Shapiro himself, and it was really interesting for various reasons.

"I had almost the entire text and I was able to study it. And as soon as I started doing that, it seemed to me like this couldn't be the work of a 19th-century forger," he said.

Earlier this year, Israeli archaeologists uncovered centuries-old fragments of an ancient Bible scroll. The finds date back to around 132 AD, according to Israel's National Antiquities Authority, and are therefore one of the oldest-ever biblical fragments to be found.

Wolfgang Zwickel, professor of Old Testament and Biblical Archaeology at the University of Mainz, told DW in March that this scroll, written in Greek, gave away something about its authenticity because it already was a translation: "Greek was the lingua franca of the Mediterranean at that time. Hebrew was a language that almost no one else knew at that time — apart from the scribes," he said.

The place where all of those aforementioned documents were discovered is not an unknown location, either — particularly among Bible buffs. Known as the Qumran caves, this is where the world-famous Dead Sea Scrolls were also found in 1947. 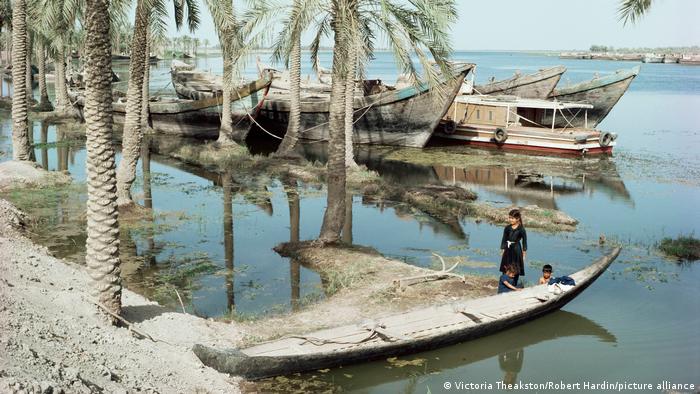 In biblical times, paradise was where Adam and Eve lived, supposedly the area between the Euphrates and Tigris rivers — until God banished them from the Garden of Eden because they nibbled on the forbidden fruit from the Tree of Knowledge. There are still lush oases on the banks of the river, but people's lives there today are anything but paradisiacal.

A group of goatherds was instrumental in the discovery, regarded among the most important archaeological discoveries of the 20th century. Today, these documents are invaluable to archeologists and Bible researchers alike, but Dirk Schmitz of the Romano-Germanic Museum in Cologne wants to put things a little bit more into context:

"The Bible was not one of the important books at that time — that is at 132 CE. Christianity was neither a state religion nor even a widespread religion. It was only faith one among many."

Perhaps, this is the healthiest attitude when it comes to excavations in the Middle East and elsewhere. With excavation projects around the ancient city walls of Jerusalem entering the next phase in the summer of 2021, who knows what might be unearthed next, and what we might learn about the likes of Jesus Christ — and others?