Pope Francis pelted by an avalanche of ?? for Clarity! “I stood up for that”(Civil unions) said Pope. Did he create confusion or clarity? 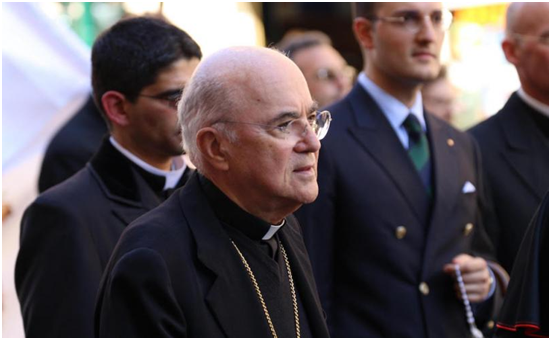 IS OUR WELL-MEANING POPE putting homosexual and civil unions on same footing or raising civil unions to the state of a new sacrament of marriage? In any case, groups of youth below his window at St.Peter’s Square and bishops around are questing him for clarity, reports LifeSite!

A number of top cardinals, Archbishop  Vigano leading, and Catholic youth from Italy and Europe are coming to question the Pope publicly, reports ‘LifeSite’. Crowds of youngsters gathered below the Papal window, shouting for clarification on ‘Civil Unions’. They seem to be very confused! Why?

For them, It is an incongruity to speak of homosexual marriage, since marriage properly so called is between man and woman. Yet Francis says: “What we have to create is a civil union law. That way they are legally covered,” and Francis adds: “I stood up for that.”

The dilemma for Francis, is to reconcile Biblical concept of marriage, Church’s doctrinal teaching and practice in civil society abounding in divorce, as frequently as one exchanges an old car for a new one and the Pope has to prevent a SHISM in the Church as well!

Caught in this dilemma the Pope keeps silent so far! Our sympathy for Francis! What else should we say? Perhaps we should wait to see more clarity to emerge, and not rush to judge. What do you say friends?

Read a few conflicting reports in LifeSite: A group of young Catholics were gathered in St. Peter’s Square in Rome, asking Pope Francis “for clarity on same-sex unions.”  The link is https://www.lifesitenews.com/news/breaking-catholic-youth-outside-vatican-ask-pope-to-clarify-gay-civil-union-remarks

Vatican police confront @ATschugguel for holding up a banner that reads, "Holy Father, we ask for clarity on same-sex unions."

One demonstrator said: “This year, I am standing here because there was an interview published where the Holy Father asked for the introduction of civil unions in different political states.”

Another said: “So that’s not the discussion. The discussion is really and clearly that what he said in this interview is used to promote an LGBT agenda, first introducing a gay civil union and afterwards introducing homosexual ‘marriage’.”

Archbishop Viganò Pope’s harsh critique wrote: “And it is exactly this, in my opinion, that Bergoglio’s 'magic circle' wants to achieve: to reach the paradoxical situation in which the one who is recognized as Pope is at the same time in a state of schism with the Church he governs, while those who are declared by him to be schismatic for disobedience will find themselves expelled from the Church because of the fact that they are Catholic.”

Father James Martin, controversially known as one of the most outspoken advocates for Church acceptance of homosexuality, told CNN yesterday, “The bishops who are many in different countries who are sort of violently against civil unions are going to have to rethink their positions.”

The General Secretary of the United Nations, Antonio Guterres, has praised Pope Francis for his new words for their focus on “non-discrimination” with regard to “sexual orientation.” Therefore, the new papal “decision,” he continued, “is extremely welcome.”

We ‘know-nothings’ wait & watch to learn from all!

This may be an unintended CONFUSION created by the well-meaning Pope who STOOD UP for a civil union for homo-sexuals, who want to stay as a family in the Catholic Church! Recall what he said at the beginning of his Pontificate: “Who am I to judge?” when asked about homosexual bishops! Much less can we, ‘know-nothings’! We wait and watch to learn more!