EXCEL: not by odious comparison, but by FACTS! Doctors, nurses posts lie vacant in states even as COVID-19 rages across India! 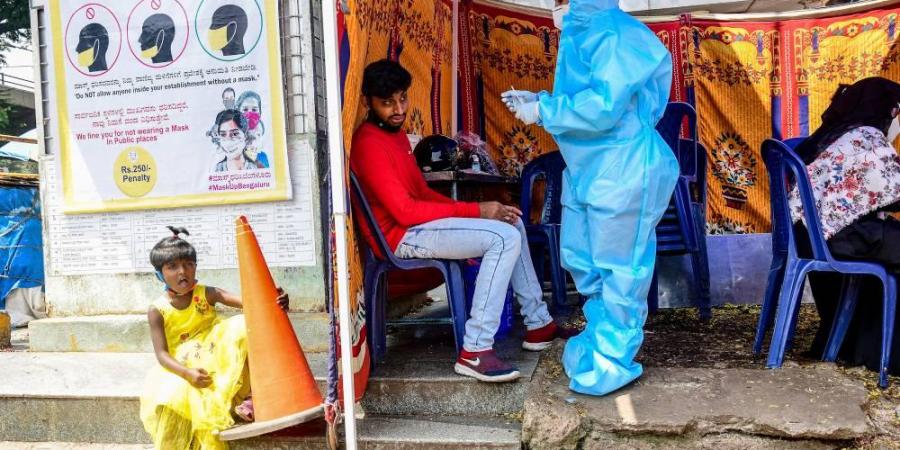 The most populous state Uttar Pradesh, which has the fifth highest number of cases in the country, has a 33% shortage of doctors while 45% posts for nurses are lying unfilled.

How is India fighting Covid 19? All of us wish to present a glossy picture about ourselves! Often we do it by comparing ourselves with another who is worse off, than US! That doesn’t help. Comparisons are odious!

In India the various states do the same, say Kerala! It has been for some time, but now it is faring badly as statistics show.

Below the New Indian Express reporters Rajesh Asnani and Co. give us a rather fair picture. We are not anywhere near even utilizing our minimum potential of using our available health workers; what is worse, not giving a minimum wage and other facilities to  our doctors and nurses who come forward to work in this dangerous field.  So this is a wake up call for all of us to do our MIGHTY BIT or our LITTLE BIT, instead of blaming others saying “we are better than thou!”

Read the following to get convinced to do the needful to correct our failures. james kottoor editor ccv.

JAIPUR/DEHRADUN/LUCKNOW: At a time when the Covid-19 pandemic is still raging in the country, most states have failed to fill the vacancies of medical professionals, including doctors, nurses and other health employees.

As per the figures accessed by this newspaper, the most populous state Uttar Pradesh, which has the fifth highest number of cases in the country, has a 33% shortage of doctors while 45% posts for nurses are lying unfilled.

In Bihar and Jharkhand, the shortage of doctors is worse, with more than 59% and 55% posts of doctors lying vacant respectively. Medical staff in West Bengal, Uttarakhand, Punjab, Maharashtra and Chhattisgarh are similarly reeling under pressure due to a significant percentage of such posts lying vacant. India’s Covid-19 tally climbed to 79.09 lakh on Monday, with 45,148 fresh cases added in the past 24 hours.

In UP, the total sanctioned posts for doctors in the government sector is 18,772. But at present, only 12,000-odd are working with 6,000 posts lying vacant across the state.

UP Doctors Association president Sachin Vaishya said the recruitment of doctors is set to commence soon.

Similarly, there are around 10,000 nursing posts sanctioned for government medical colleges and hospitals across the state of which around 4,500, around 45%, nursing posts are lying vacant.

As per information made public by the union ministry of health and family welfare in March this year, based on figures till a year back, many states had severe paucity of crucial healthcare workers such as auxiliary nursing midwifery and paramedics.

States such as Madhya Pradesh, Odisha and Rajasthan also had many posts of doctors lying vacant, as per the bulletin.

The statistics showed that there was a shortfall of as many as 58,473 ANM/health workers in the country’s sub-centres as on March 31, 2019.

Rajasthan had the highest shortfall of 13,848 workers followed by Uttar Pradesh and Karnataka which had a shortfall of 10,749 and 8038 health workers respectively.

Officials in the ministry told this newspaper that states have, from time to time, been told to fill up the vacancies urgently.

“The lack of doctors in rural hospitals is a long-standing problem and things are bound to get worse if even other healthcare workers are not in full force during the pandemic,” said a senior official.

What he said reflects on the ground. Sources said there are 4,133 ANM vacancies against sanctioned posts of 9,130 in Bihar and there is also a shortage of 2,000-odd medical members against 4,000 sanctioned posts.

Health department director general Amita Upreti said: “The recruitment process of the doctors and other medical staff is on fast track already to fill the gap. In the last six months, more than 400 doctors were recruited.” Rajasthan, which has done fairly well in handling the pandemic, is also struggling to fill vacancies of medical posts. About 19% of the total 14,087 posts of doctors is lying vacant. There is a shortage of 2,692 nurses.

The situation in Punjab appears to be slightly better but not very different from the other states. According to sources, just before the Covid-19 pandemic affected India in March, around 6,000 posts of healthcare workers were lying vacant.

Maharashtra, which has the biggest load of Covid-19 cases among all states, has about 31,000 vacancies in the health department. These include posts at the level of additional director, joint director, assistant district health officer, surgeon and nurse.

West Bengal, another state badly hit by the virus, is short of 7,500 doctors. Chhattisgarh has 880 vacancies for doctors. It also faces an acute shortage of specialists, with 1,461 of the 1,593 posts lying vacant.

Experts said it is not the shortage of doctors and other health workers that is a challenege, but their unequal distribution.

“I don’t think there is a shortage of doctors in India but the bigger problem is urban bias, which has been fuelled by blatant privatisation of medical education,” said former Indian Medical Association president Dr Ravi Wankhedkar.

He also pointed out that healthcare should be pyramid shaped-more paramedics at base and doctors at top.

“In India, however, it is dumbbell shaped with more class 4 and more doctors and far lesser nurses and technicians.”