LETTER TO THE EDITOR – Why flog a dead horse, at least a horse gasping for its last breath? 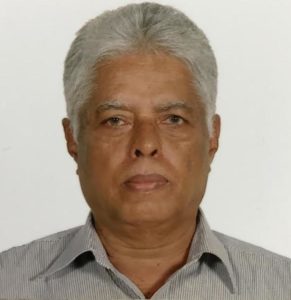 Apropos my friend James Kottoor’s rejoinder to my letter to the editor with the captioned heading,  my observations seem to have opened a can of worms.

I have no personal stake or interest in the whole matter. I am not on any mission to straighten the world or save any particular institution or ideology. People get what they deserve. Ideologies come and go. Nothing is static.

Least of all, I am not my “brother’s keeper”. I assume he is capable of taking care of himself. Charity by itself is a pernicious idea that breeds laziness and exploitation by  clever conmen. Having gone through the vicissitudes of life spanning eight decades,I am more or less at peace with myself. The search for the essence and purpose of life beyond a point seems to me is rather futile.

Temperamentally I am inclined go by what science says. I have more faith in chemistry, physics and biology. They all are based on empirical evidence and diligent experiments, trial and error vis-a-vis metaphysics relying on speculation and flights of fancy.

Cognitive Revolution 70,000 years ago, kick-started our ability to think things through. During this  period humans formed fictive language. The Great Southern Dispersal commenced during  that time. Sapiens settled down in Australia around 45,000 years ago. Extinction of Neanderthals occurred 30,000 years back. The sapiens  arrived in the American continent by 16,000 BCE.

My brain cannot accept the Christian myth that creation began on 23 October 4004 BCE, humans created on 28 October and Adam and Eve were expelled from the Garden of Eden on 10 November next. The good news: during their 13 days short stay in the Paradise, they were reported to have managed to eat the “Forbidden Fruit  from the Tree of Knowledge” in their innocence and nakedness to their full  satisfaction.

The Agricultural Revolution that began about 12,000 years ago was necessitated by the non-availability of sufficient food by foraging for an increased human population. The cultivation of food crops and domestication of animals took place first in the delta of the confluence of Euphrates and Tigris, it is believed. In the new mode of acquiring food, the efforts of all the members of the community were not called for. The bonus of surplus grains and meat for lean months also accrued. The result: emergence of leisure class with time enough  to  speculate on  matters not mundane. They tried to make sense of the world around them and came up with stories and conjectures. Some clever persons, “shamans’ claimed to be in the know of the unknown could hoodwink the ignorants. Rulers aided by soldiers and guided by the shamans  lorded over and controlled the ordinary people. The tillers of the soil, beavers of fire woodand drawers of water continued without significant change in their situation. The shamans could amass wealth and had access to many  women for their enjoyment. Eventually the  shamans became Popes, Cardinals, bishops, Ayatollahs and the like. The ecclesiastical enjoy all their favourite goodies, women, wine,  wealth and above all intoxicating POWER over the people.

The Scientific Revolution got under way only 500 years ago. The Church obstinately stood against human progress. It seemed to have been threatened by new ideas and perceptions. It tends to look at scientific approach with suspicion and dread fearing threat to its untenable tenets. The Church also seemed to be unsure of its view of the world, claims on the contrary notwithstanding . It knows that it’s dogmas cannot stand critical scrutiny and seems to be suffering from some sort of prosecution mania.  All the same time,  it arrogates itself as the fountain head of all knowledge and the sole custodian of truth. Itresorts to every trick in the trade to have its will to prevail. It had unleashed suppression of dissent by ruthless prosecution and torture by the rake, the pulley, and other instruments of cruel punishment such as burning opponents alive at the stake etc. The Church is now panting for breath in its desperate chase to catch up with galloping scientific advancements.

Many forfeited their precious lives fighting against the murky goings on in the Church. One such person was Girolamo Savonarola (1452-98) Dominican friar of Florence, a powerful and outspoken critic of the Church and the ruling Medici family. He thundered against the corruption and the wayward life of Borgia Pope Alexander VI who kept many mistresses and fathered at least nine illegitimate children. Borgia was even  accused of incest with his daughter Lucrezia Borgia. Savonarola was forced to walk barefoot from Florenceto face his trial in Rome. He was arraigned as a heretic and condemned to be hanged. The  ruling Medici family ordered his execution by hanging from a scaffold under which a huge fire was built to add to his misery. He breathed his last on 23 May 1498.

The most poignant human tragedy was that of Giordano Bruno (1548-1600), Italian philosopher and Dominican monk and a great mathematician. He held the view that the universe is infinite with many stars and their planets and other bodies in space and that there is NO ABSOLUTE TRUTH. He defended the Copernican hypothesis.  Brought to trial by the Inquisition, he refused to recant and was horribly burnt alive at the stake. His ideas later influenced Leibniz and Spinoza. He became the beacon of modern science.

Galileo (1564-1642), Italian mathematician and physicist discovered the law of falling bodies and the parabolic motion of projectiles. He utilised the newly discovered telescope to study the sky. His most significant contribution to science was the provision of an alternative to Aristotelian dynamics. In 1633, the Vatican condemned Galileo as a heretic for claiming that the earth revolves around the sun. He was forced to recant and incarcerated under house arrest. The irony: the Church recanted in the late 20th century.

Charles Darwin (1809– 82), offered quietly and with a disarming humility, without attacking any  belief or creed, a hypothesis totally different from the extant belief about the origin of humans,in his book “The Origin of Species”. But the ignorants of the Church chose to ridicule him  as  the son of a  monkey and an ape himself and fought with tooth and nail his discoveries, but the intelligent world laughs at the idiocies of the Church.

Copernicus had reduced the Earth to a speck among melting clouds, Darwin reduced the human to an  animal fighting for his food and mate and sheer survival. The realty presented by these great minds were too much for the retarded brains and poor knowledge of the ecclesiastical and their ignorant superstitious followers.

The Mysore bishop who raised the heckles of Dr. James Kottoor is only one of the specimens of the type. Such criminals rule the roost in the Church; they are rarely exposed and dealt with. There are tens of thousands of such despicable elements having free run in the corridors of power in the Church. The oath of criminal secrecy “Omertà” Mafia style, otherwise known as ‘‘anointment” keep the skeletons in the cupboard under “manichitrathazhu’.

The accumulated foul smelling festering filth in the innards of the Church would, one day soon burst open with deafening bang polluting the whole atmosphere. The sexual  aberrations of the clergy, rampant child abuses indulged by the sex manic cassock/dog collar wearers,  the financial shenanigans of the Vatican bank and other  financial institutions of the Church, drug money laundering etc, will come out in the open eventually. Rumours of illegal money transfers into the country through some Church-related institutions are  floating around. There were also reports of trafficking of young women hailing economically distressed Kerala Catholic families for prostitution and bonded labour and other nefarious purposes abroad at the behest of some criminal clerics.

Pity the Syro-Malabar Church who carry the white man’s foul smelling shit with obvious glee. We are Nazarenees, the decendants of the  original followers Jesus of Nazareth and not the Portuguese imposed Pauline-Constantinity Christians. Our forefathers were re-baptised by the Portuguese considering them heretics and apostates. The white men made their saints with blue eyes, fair skins, flowing neatly trimmed beards and cascading  golden hairs. The icons of Mary is modelled on a beautiful Caucasian female, a far cry from the real person, an average Galilean woman in all probability. We natives have been painted with disdain in dark colours. The only things missing are horn and a long tail.The Zero-Malabar clergy may remember this grim fact for their good. The taste of the chocolate given by the then queen of Portugal seems to linger on the tongues the puffed up prelates of the Zero Church.

“Mrs. Warren’s Profession” is not discussed threadbare openly in polite societies, the subject is talked in hushed tones.

Let me hang up my boxing gloves and quit the scene to preserve the remnants of sanity still left in me.

A BIG THANK YOU ALL.