The paradigm shift: the joy of being an animal

(Edited summary of the article by Melanie Challenger, Aeon newsletter)

Human exceptionalism is dead. We belong to the species of mammals. For our own and our planet’s sake, we should recognise and embrace our animal make up.

We are told to deny our bodies altogether, and try to extricate from the dark tendrils of a living world we are part of. Our belief that we aren’t really our bodies,but a special separate “thing” has muddled realty.

Problems flow from the notion that we have a superior human half and an inferior lower part — the mortal body of an animal. We may have come to believe that our bodies and feelings are lesser kind of existence. But all the parts of us, including our minds are deeply biological. Our physical experiences are far more meaningful and richer than we are willing to accept?

As far as we know, early hunter-gatherer animistic societies, saw spiritseverywhere. They believed that  life possessed a special, non-physical essence. Many also thought that every living thing had a soul;  a superior entity within the hierarchy. 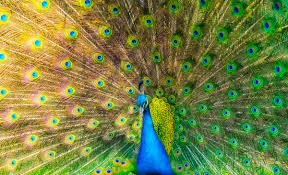 In the 13th century, Thomas Aquinas viewed humanas the only creature in possession of immortal soul. With a unique soul, we were considered more than mere animals; our lives were set on a path to salvation, with angels and God in the sky above us.

As Middle Ages came to a close in the 16th century, a fresh form of exceptionalism began to evolve. Rene Descartes gave the world a new concept of dualism. He argued that thought is so different from the physical substance of the body; that humans have two parts; the thoughtful mind and the thoughtless physical body. This was religion refocused through rational lens. The division between humans and the rest of nature was no longer soul — or at least, not only the soul — but rather our intellectual capabilities; our reasoning faculty; our moral sensibilities; our gifts of abstraction which other animals seem to lack.

Enlightenment figures John Locke and Immanuel Kant in the 17thand 18th centuries developed this thesis further. According to them, it was our intelligence that made us truly human. Through mental powers, humans live more meaningfully than other creatures; humans have soulful minds. It was even suggested that we are our thoughts. These phantasmal mental aspects of humans are more significant; daringly separable from the impoverished biology that we share with other animals.

In many ways, Darwinism posed a threat to this  vision of humans and their place in nature. Charles Darwin disrupted the neat divide between humans and other forms of life thereby complicating the idea of mind-body dualism. If humans have evolved from earlier ancestral primates, then our minds too must have emerged through ordinary evolutionary process with deep roots in nature. It’s easy to forget today just how shattering Darwinism was for a whole generation.

The  “intellectual revolution” ushered in a new kind of cognitive leap; the idea that evolution of Homo sapiens forever split us from other species. In the 20thcentury, reworking of Enlightened humanitarianism sought to find scientific proof for human exception, that only ultimately mattered. Modern humanism promised the “complete realisation of human personality”; a paradigm shift “to move farther into space and perhaps to inhabit other planets”.

Today, our thinking has shifted along with scientific evidence, incorporating therein genetic insights. We know we are animals, related to all other life in our planet. We have also learned much about cognition, including the uneasy separation between instinct and intention, and the investment of the whole body in our thoughts and actions. We might have expected attitudes to change; but we still persist with the belief that that humans, in some essential way, aren’t really animals. We still cling to the possibility that there is some thing extra-biological that delivers us from the troubling state of being an organism trapped by flesh and death. Philosopher Derek Parfit says that the  “body below the neck is not an essential part of us”.

Many of us still deny that human actions are the result of our animal being; instead think they are the manifestation of reason.

Having a human like mind has become a moral dividing line. Those things that look too disturbingly body centred like impulses, regardless of their outcomes are viewed as lower down on the moral scale. The view that physical animal properties we share with other species are of lesser significance, has been abandoned; we cannot live without our physical bodies; the pursuit of biological enhancement isthe true essence of our humanity. We may one day achieve super intelligence or even mental immortality by downloading  our minds into a synthetic form.

The American zoologist Richard Alexander (1970s) opines that our subjective, imaginative mind has its origins in the bundle of adaptations for social cognition. As primates who lived in groups; our ancestors needed one another to survive; but the social environment was competitive with emphasis on “me” . Our selfhood gives rise to the sensation that we are trapped inside a body. But humans not only have selfhood but also other selves.

There’s evidence that we posses adaptive nature of cooperation we call “social buffering”. Proximity to a member of our community reduces stress. Good relationships affect our wellbeing, modulating the release of stress hormones such as cortisol affecting our immune system. A hug, the holding of partner’s hands during a tough situation, access to our group in times of stress — all these create measurable effects on our health, and improve our ability to cope with the knocks of life. These benefits accumulate across a lifetime.

Research by the Dutch psychologist Carsten De Dreu has revealed how some of our beliefs about the superior mental content of our own groups affect oxytocin, reinforcing our bonds with each other and increasing our commitment to the thoughts and feelings of our compatriots. Italian psychologist Jeroen Vaes has demonstrated how fears and dangers prompt people to renew their group bonds.

Intriguingly, recent studies have shown that we are not solely animals and that humans are hierarchically superior forms of life. Nour Kteily, a researcher at Northwestern University in Illinois has developed “ascent of man measure”, the idea of humans rising to the top of a biological heirachy. What he found is that stress or the presence of threats can prime us to favour human uniqueness.

The concept of human uniqueness is only a problem when we deny the beauty of our animal nature. No matter whether our origin stories tell us we are possessors of spiritual properties or our courts tell us we’re “persons with dignity”, and that we are meant to be saved, we cannot escape our animal condition.

Some of the most important stages of life happen in  the womb  and with our carers in the early phase of our lives. The quality of those bonds and the well-being of our mothers can have lasting effects on us and mould us the manner in which we come to be. Israeli psychologist Ruth Feldman says: “Later attachments ….repurpose the basic machinery established by the mother-offspring bond during early “sensitive periods”. These crucial years in the human development involve crosstalk between hormones, environment and touch that influence how the baby’s neural networks are organised. The central nervous system; the resilience to stress, all bear the marks of  the early, deeply embodied years of our lives. When a parent and a child embrace, the results are staggering, regulating body temperature, heart rate and respiration.

People in a temporary alliance, whether queer or straight, old or young, conservative or liberal, synch in ways that are measurable, from hormonal shifts to oscillations of the gamma and alpha rhythms of our brains. These nourishing alliances re-service those first intimate, mammalian bonds. Far from being solely the product of our brains and self direction, humans  are intimately affected by their whole physical being and its environment.

Be happy being an animal

Above all, we are animals. This truth may be unsettling to those who believe that we are created by the God in his image. If we look closely, our faces bear telltale similarities to the faces of dogs and other mammals.

Melanie Challenger works as a researcher on the history of humanity and the natural world, and environmental philosophy. Her books include On Extinction (2011) and How to Be Animal (2021). She is a current member of the Nuffield Council on Bioethics.