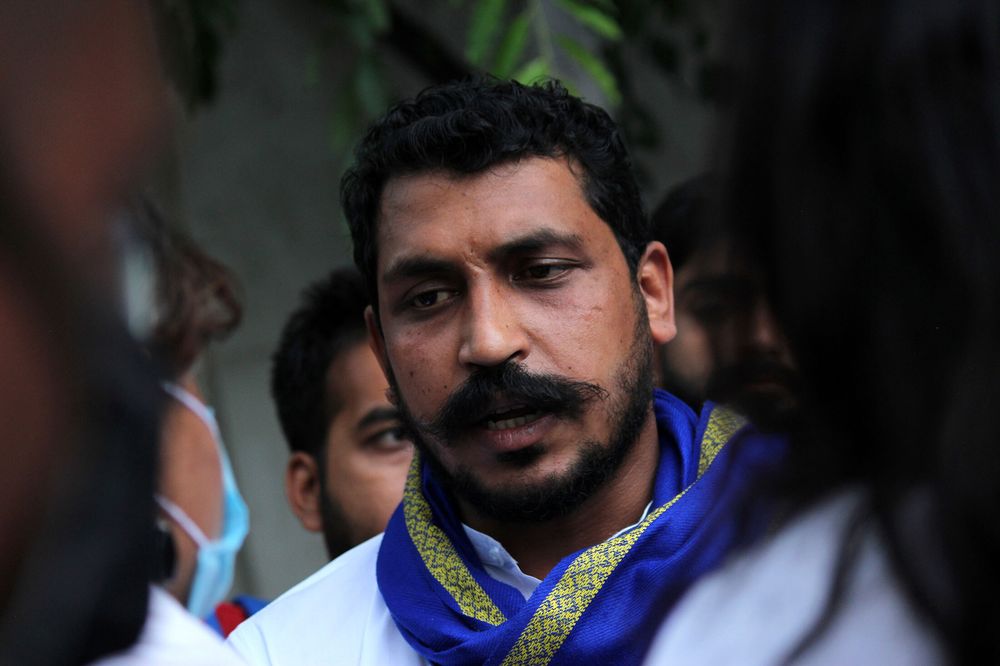 Activist Chandrashekhar Azad aims to erode support for the ruling BJP in the critical state of Uttar Pradesh.

Although caste discrimination is illegal in India, with growing demand for Caste Census by Bihar Chief Minister Nitish Kumar and by his state's leader of the Opposition Tajashwi Yadav, and also increasing chorus for Dalit Bishops, it appears the leader of Dalits' Bhim Army, Activist Chandrashekhar Azad has the potential to take the wind out of the sail of Namo & Co. However, all said and done, Reservation based on castes, will be the undoing of India. The sooner social scientists and social workers devise some other ways, than Reservation, to uplift the underprivileged, the better it will be to build a strong India and stop her from being fragmented on casteist lines. Isaac Gomes, Associate Editor, Church Citizens' Voice.

“I’d seen so much corruption in politics when I was younger, I didn’t want to become a politician,” says Chandrashekhar Azad. “But I knew I wanted to go into activism.” He ended up doing both. Azad, 34, is a well-known activist for the rights of Dalits, a group long oppressed under the Indian caste system, and other marginalized groups. Last year he formally moved into politics, founding the Aazad Samaj Party (ASP), which loosely translates to the Free Society Party. He says the party next year will contest all 403 seats in the assembly of his home state of Uttar Pradesh, ruled by the right-wing Bharatiya Janata Party.

Uttar Pradesh is India’s most populous state, with as many people as the United Kingdom, Germany, and France combined. Its chief minister, Hindu monk-turned-politician Yogi Adityanath, is a close ally of Indian Prime Minister Narendra Modi’s and is seen as a candidate to succeed him. With his campaign, Azad, a Dalit and a trained lawyer, is attempting to undercut the BJP’s power as Modi’s handling of the pandemic threatens to erode the party’s political support. It’s not Azad’s first swipe at Modi: In 2019 he said he would challenge the prime minister for his seat in Parliament before withdrawing, out of concern, he said, about splitting the Dalit vote.

With his trademark luxuriant moustache (traditionally worn only by dominant-caste men), aviator sunglasses, and royal blue scarf, Azad has a distinctive and rebellious personal style. The color blue is associated with B.R. Ambedkar, an early 20th century politician and social reformer who fought for Dalit rights. It made him an iconic figure at the helm of the Bhim Army, an organization he co-founded in 2015. The Bhim Army established hundreds of after-school centres for underprivileged children and has organized protests against the unjust treatment of Dalits and other oppressed castes. Although caste discrimination is illegal in India, the country’s 200 million Dalits are still routinely marginalized, with many restricted to sanitation jobs.

Caste-based violence has also been on the rise. In Uttar Pradesh last year, a 19-year-old Dalit girl was gang-raped in the town of Hathras by dominant-caste men and later died. The crime and the police’s handling of it sparked a national outcry. After he met with the victim’s family, Azad was put under house arrest by police. In 2017 he was jailed in Saharanpur following clashes between Dalits and members of dominant castes.

The goal of his new party, Azad says, is to “bring the Bahujan [oppressed-caste] people,” as well as women and sexual minorities, into electoral politics so that India’s democracy becomes “representative” of its population. “If it’s your government, you’ll make laws that suit your people,” he says. The BJP’s traditional support rests on dominant castes, but inroads with oppressed castes helped Modi become prime minister in 2014, and the BJP will also be seeking their votes next year.

Suryakant Waghmore, a sociology professor at the Indian Institute of Technology Bombay and an expert on marginalized groups in India, says Azad and his party still have far to go. “He has been attempting to carve out universal appeal for himself across marginal and progressive groups, and we do see some acceptance,” he says. But Waghmore says Azad has yet to rival the clout of Mayawati (she goes by only one name), a former chief minister of Uttar Pradesh who leads the Bahujan Samaj Party, an established party with significant Dalit and oppressed-caste support. Waghmore says Azad’s ASP may ultimately choose to form an alliance rather than trying to seek its own path.

The ASP has met with some success: It recently contested 300 seats at the district council level in Uttar Pradesh and won 50. “It was sort of an experiment, initially; the Bhim Army was already on the ground,” Azad says. The party doesn’t have the funds to go out and canvass potential voters.

Azad says it’s too soon to offer details on his strategy for the state-level elections in 2022. For now, the focus is educating people from oppressed communities, both socially and politically. “Our plan is to continue working with all people who haven’t had their rights given to them,” he says, “going to village after village and street corner after street corner to prepare people. That’s the movement we’re starting, both in Uttar Pradesh and the rest of the country.”