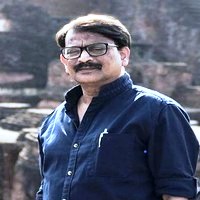 The Chinese Communist Party’s (CCP) over-reliance on history, for legitimising one-party rule for perpetuity, constitutes a potent challenge for President Xi Jinping.  The Chinese bubble to become world's number one super power by muscular nationalism and technological stealth (incuding rampant violation of intellectual propeerty rights), may eventually burst with CCP dumping Xi Jinping for biting  more than he can chew, or popular anti-regime uprising in several parts of China, a repeat of Tiananmen episode. According to the writer Chinese forays into Indian territory, is likely to persist until it is militarily challenged and decisively so.  Diplomatic engagement or military disengagement or downplaying of such incidents will yield previous little in terms of neutralising the threat posed by an ideologically-driven mission of a land-hungry nation.   Isaac Gomes, Associate Editor, Church Citizens' Voice.

The Chinese troop intrusion into an India territory in an attempt to unilaterally alter the Line of Actual Control (LAC) leading to the martyrdom of India’s brave soldiers in a violent face-off in Ladakh, is the latest in a series of China’s aggressive foreign policy behaviour in the past months vis-a-vis countries in its vicinity including Australia, Japan, Taiwan, Vietnam and Philippines.

China’s aggressive stance cannot be sufficiently explained either by measuring its relative strength or by focusing on developments in its external arenas including the international outrage over Beijing’s mishandling of the Covid-19 pandemic at the early stages and border disputes with neighbours.  Instead, key to the understanding as to why China behaves the way it does lies in the way Chinese  decision-makers, notably the ruling Chinese Communist Party (CCP) leadership, define the situation based on their perception of the external environment. After all, decision-makers act in accordance with their perception of reality rather than in response to reality itself.  Among the factors that shape mental construction for policy-making in an authoritarian party-state, hegemonic ideology and collective memories of the past play a decisive role.  The former represents a non-coercive form of political control over society,  the primary objective of which is to perpetuate the present relations of domination by embedding the ruling party’s system of beliefs into people’s consciousness through officially constructed historical narratives.  The latter refers to the recollections and representations of events of the past that are not necessarily based on what happened in history.  Highlighting past glory and trauma and collective memory affects the image of the nation forms of itself and of those other actors in the external arena.

The hegemonic ideology of China as it developed under the leadership of Chairman Mao Zedong in the years following the Communists’ victory over the Nationalist Party of Chiang Kaishek in 1949 has gone through fundamental changes since Deng Xiaoping’s open economic policy during the latter half of the 1970s, compromising with its core beliefs and vision.  So much so that the master narrative  of contemporary China no longer draws on Mao’s theory of revolution and his egalitarian universalism.  Instead, it is centred on the rhetoric of `national rejuvenation’ as reflected in the revised history text books, official discourse, national monuments, memory sites, national holidays and anniversaries, which reveal a historic metamorphosis of yesterday’s socialist China into the nationalist China of today.

The national  rejuvenation narrative emerged as a central part of the `national humiliation’ discourse in the backdrop of the Patriotic Education Campaign, which was launched by the CCP in the aftermath of the 1989 crackdown on the Tiananmen  Square pro-democracy movement to redirect Chinese youth anger away from the party towards the external Other.   Designed to educate the young Chinese about the country’s humiliating experience in the face of the Western and Japanese incursion, the campaign successfully portrayed the Party’s role in putting an end to `past humiliation’  and national rejuvenation as its `grand mission’ to restore China’s historical position.  Reiterating the Party’s commitment to the mission,  President Xi Jinping, soon after assuming office in November 2012, announced his intent “to realise the great rejuvenation of the Chinese nation is the greatest dream.”  The goal of national rejuvenation is intrinsically linked to the historical narratives developed by the Party through a careful process of selection and omission of past events. Fall and rise rather than rise and fall of China make up the centrepiece of these narratives.  As the history text books taught in the schools narrate, the unified China had remained intact for about 2000 years at the centre of the world, known in ancient times as the `central kingdom’ of Tianxia, the `realm under heaven’ until it was reduced to the `sick man of East Asia’ during the period between 1940 and 1945 as a result of 100 years of invasions, military occupations, massacres, unequal treaties, and economic extractions.  The rejuvenation mission of the CCP is, therefore, not limited to re-building China as a `rich country’ with `strong military’ alone. It entails the Party’s hegemonic vision of returning China to its `rightful place on the world’s stage’ as quintessentially expressed in President X’s “Chinese dream.”

The imagination of a resurgent China is rooted in the Chinese belief that `whoever controlled the Central Kingdom would be the legitimate ruler of Tianxia.’  Likewise,  China’s assertion of territorial claims whether in South China Sea or East China Sea over Japan’s Senkaku islands  or over territory along the India-China border, including Arunachal Pradesh, has much to do with its national rejuvenation logic.  The Chinese claims on territory of other countries, from Japan to Tibet and South Korea to India, are based on an idealised vision of China’s imperial past that feeds on the notion that they have a right to retrieve lands they feel were theirs before the Western and Japanese invasions of the 19th century.

While the outside world considers Chinese territorial claims and its salami-slicing strategy as expansionary, most Chinese construe them as defensive and justifiable to protect territories that they believe rightfully belong to China – left by their ancestors and unfairly taken away from them.  It is, in brief, this Chinese historical understanding that accounts for the recurring incidence of Chinese forays into Indian territory, which is likely to persist until it is militarily challenged and decisively so.  Diplomatic engagement or military disengagement or downplaying of such incidents will yield previous little in terms of neutralising the threat posed by an ideologically-driven mission of a land-hungry nation.

Embolden by technological advances and economic growth surpassing Japan in 2010 to become the world’s second largest economy, and inspired by a sudden spurt of literature including books and articles in academic journals describing China as a presumptive superpower and an alternative model for post-American world order, the Party leadership began to translate its economic heft into projection of China’s power overseas.  Reflective of this, President  Xi launched the `Belt and Road Initiative’ (BRI) to restore China’s `natural place’ in the centre  of the world, in the garb of promoting a `community of common interest.’  In all, President Xi’s dream of China reclaiming its historical status as a world power by the year 2049 – the centenary of the founding of the People’s Republic of China – is the product of the Party’s national rejuvenation mission since the early 1990s through the top-down ideological education campaigns to remind citizenry how the `magnificent’ and `flourishing’ Chinese civilization became the innocent victim of `immoral barbarians’.

The officlal history textbooks, according to William Callahan, University of Manchester scholar, `instructs China’s youths on how to distinguish the positive inside from the negative outside, domestic patriots from evil foreign invaders, and thus civilized Chinese from the barbaric Europeans, Japanese and Americans.’  It is indeed the civilization/barbarism distinction, which, together with the historical memory of traumatic national experience, that constitute a powerful force in China’s foreign policy decision-making,    evoking a negative image of Western powers and justifying Beijing’s combative style in dealing with external challenges, whether they emanate from its controversial relationship with the US or with Japan or in the South China Sea or South Asia.

Externally, China tries to play a game of both victim and an ascendant power, exploiting past humiliations to hide potential bellicosity.  Internally, the Chinese people’s memory of trauma has been used by the party-state to stir up muscular nationalism in the face of international criticism, as was the case during the 2008 Beijing crackdown and 2007 controversy over health and safety of Chinese exports to the US.  Going by a host of such bilateral feuds in the past decades,  which triggered episodic protests and angry demonstrations inside the country with analogies of the past drawn and vocabulary of national humiliation used, it would not be an  exaggeration to hold that the international community’s engagement with China has resulted in a generation of anti-West patriots.  The CCP’s over-reliance on history for legitimising one-party rule for perpetuity constitutes a potent challenge for President Xi as to how to satisfy the increasingly hawkish and indignant Chinese youth and engage internationally.

To be sure if he persists with the reckless external policy of bullying and muscle-flexing to please the domestic audience, especially the nationalist segments of Chinese society, he runs the risk of dragging his country into avoidable military confrontation with more than one country at the same time.  Should he opt for de-escalation through diplomatic negotiations, he would be required to contain the unfettered new nationalism, which his dream of realising national rejuvenation has unleashed.  The Chinese dilemma may eventually end with a changing of the guard at best or popular anti-regime uprising, a repeat of Tiananmen  episode, at worst.

*  The writer is Centre Chairperson and Dean, School of International Studies, Jawaharlal University.