Intrusion during a Christian assembly in Chhattisgarh 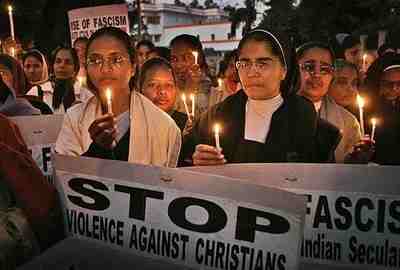 The incident took place on April 3 in Kawardha district in Chhattisgarh.

A group of about 40 Hindu extremists interrupted the Sunday service of a Pentecostal Christian Assembly in Chhattisgarh, reports the Global Council of Indian Christians (GCIC).

The incident took place on April 3 in Kawardha district in Chhattisgarh. The miscreants stormed into the prayer meeting, interrupting the worship, threatening the faithful and seizing Bibles.

Sajan K George, president of the GCIC told Fides: "Chattisgarh has earned a record of infamy for radicals who illegally suppress religious freedom. Last month alone 25 extremists beat men, women and children and a church was vandalized, in Raipur district."