On Christmas Eve, the Dalai Lama gives a great message to us and also to the world, that despite different traditions or religions, India has stood as an example to the rest of the world that all could peacefully coexist together. A much-needed reminder to our current leaders who are gunning for Majoritarianism against the Prime Minister Modi's declaration that the  only code of conduct of the Government should be ‘Sabka Saath, Sabka Vikas' which is all-inclusiveness.

The Dalai Lama's observation is particularly pertinent and very timely in view of Union Minister Ananth Kumar Hegde mocking  at "secularists" and announcing in public on 26th December on national channels the BJP would “change the Constitution in days to come”. The minister urged people to identify with their religion or caste, He said, "I will bow to you, you are aware of your blood. But if you claim to be secular, there arises a doubt about who you are."  He asserted he would feel "happy" if someone claims with pride that he is a Muslim, or a Christian, or a Lingayat, or a Brahmin, or a Hindu. "Those who, without knowing about their parental blood, call themselves secular, they don't have their own identity…They don't know about their parentage, but they are intellectuals," he said at an event organised by the Brahman Yuva Parishad in Kukanur town in Koppal district on Monday.  The union minister's observation is clearly intended to divide the country on the lines of religion, caste and creed and is a sure recipe for national disaster. While our soldiers are put on constant vigil to guard our borders 24×7 in heat & dust and in extreme cold (in Siachen), some of our elected leaders are doing everything to break the nation from within. Should they be allowed to remain in the parliament?  Shouldn't the Election Commission take note and take action against these ministers/ public representatives for their unparliamentary remarks including electoral promise to change the Indian Constitution?

Siddaramaiah, Chief Minister of Karnataka commenting on Hedge's controversial remark said that Hedge has not studied the Constitution. “Each and every individual in this country is an Indian, and every religion has equal right and opportunity. He does not have this basic knowledge," Siddaramaiah said.

In view of Union Minister Ananth Kumar Hegde's mockery of "Secularists" even to the extent of questioning their parentage, the Dalai Lama's observation, made two days earlier, is a prophetic reminder to our leaders to adhere to its "Sarvadharma" tolerant culture and not to divide the nation on religious, caste and creed lines.  Isaac Gomes, Asso. Editor, Church Citizens' Voice.

Bangalore: The Dalai Lama on Sunday suggested that ancient Indian knowledge be taught as an academic subject but without "touching religious faith." The Tibetan spiritual leader said the education system should take care of the physical development as well as the "inner" well- being of students by training their minds.

"We should include in education the inner values without touching religious faith," the 82-year-old Nobel laureate said while delivering a lecture on Education for Wisdom and Compassion to Rebuild Nation, organised by the Seshadripuram Educational Trust here.

The Dalai Lama said that while the Tibetans had still retained the ancient Indian knowledge, it had reached "nirvana" in the land of its origin.

"Usually I keep teasing my Indian friends that this ancient knowledge we learnt from you. You are our teacher, our 'guru ', we are 'chelas' ( disciples) of the Indian guru," he said.

Stating that reviving the ancient Indian knowledge in modern India was one of his commitments, the Dalai Lama said all the knowledge Tibet learnt from India and kept for thousands of years was " immensely useful" in modern times, even in the field of science.

Pointing out that there was some kind of emotional crisis in today's world, he said material things and technology would not solve the problems. 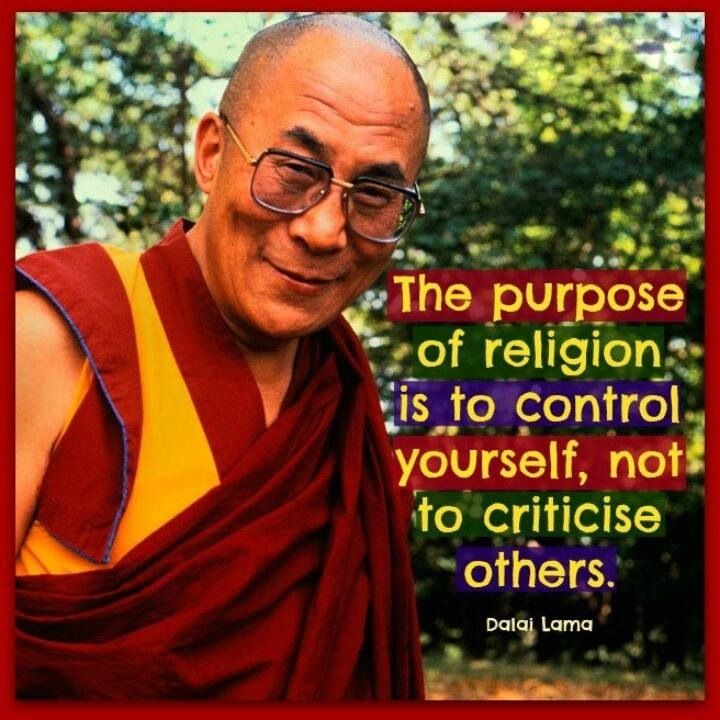 Despite differences in views, all religions carried the "message of love ", the Dalai Lama said, adding that "all the traditions teach about practice of tolerance, forgiveness". "Despite different traditions or religions, India has stood as an example to the rest of the world that all could peacefully coexist together," he said. PTI