What do Muslims think of Jesus? – More important is what do YOU think? 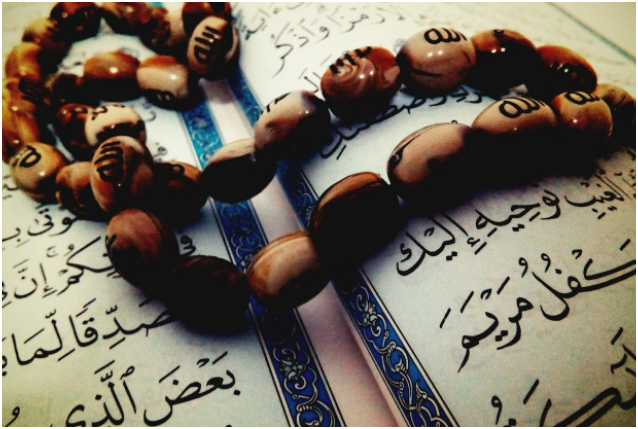 WHO IS THE MOST CONTROVERSIAL PERSON TODAY? even after 2000 years of study, research, discussion for and against to the extreme — placing him on the highest pedestal and worshipping him as the SON OF GOD and detesting and reviling him as nothing short of  SON OF A BITCH since his mother only is known widely, not his Father? It is JESUS the JEW(INRI), also called the NAZARENE!

What does the World say today?

What do people speak of JESUS? This question was asked first by Jesus himself: “Who do people say that I am?” Fo his desciples he could have been John the Baptist, Elija or one of the prophets. But what about the world today: a large number who are his ardent followers living in ever so many  divided Churches led by the Catholic Church the biggest bulk? For them he is the Son of God!

So this JESUS, crucified, dead and buried historically, seems to be more alive in the memory of living humans for various reasons! He is brought up into live discussion between Pope the head of the Catholic Church and the 90 year old sworn atheists, the Italian Eugenio Scalfari to whom the Pope gives interviews often being close friends.

In these discussions the  divinity of Jesus is openly discussed and the pope reportedly agreed with Scalfari’s view of Jesus just being a human being as published in La Republica, founded by Scalari. But Vatican spokes person always makes it a point to deny it, although  the Pope himself has never denied it; therefore no question of anyone disbelieving Scalfari’s reporting!

This topic is discussed in CCV columns as well. Recently our columnist Pamplanil came up with the revelation, that Tiberius Julius Abdes Pantera, a Roman soldier stationed  very close to the hamlet of Nazareth, could have been the biological  father. This finding is based on  over 25 years of ground breaking research findings of Prof. James D. Tabor, a high profile biblical archaeologist, USA. (See: “The Holy Bible: the Holy Cow?”  CCV, April  8, 2020)

Why go back round about to 25 years to touch the nose, when it is clearly said in the Gospels of Mt.13.55 & Mark 6:3 and more asking: where did he just son of a carpenter(so illiterate)get all this knowledge, we know his family, his mother Mary his 4 brothers and 2 sisters, all with us? So the insoluble riddle! Should it go on for ever? Each one of us being the greatest wonders, I think, have to come to their own conclusion. But he can’t be god as there can’t be two GODS!

Of late Pope Francis was stressing the importance collaborating with Abhrahamic religions, especially the Muslims. It is in this context that we see the importance of what our Muslim brothers think of Jesus and Mary. As in Christianity, Muslims also are a greatly divided religion starting with the great divide, Sunnis and Shias!

For Unity and Peace!

Of course all are trying hard to narrow divisions to the point of elimination among humans on the basis   of class, caste, creed and country for the sake of unity of mankind without which PEACE in the world through brotherly cooperation is impossible to achieve. So let us listen with receptive ears what the Muslims think of JESUS!  james kottoor, editor ccv.

Please see below what Marianne  Farina, C.S.C has to say!

Muslims believe that Jesus was a prophet who was given a special message—injil, or the gospel—to convey to all people.

“Who do people say that I am?” Jesus asked his disciples. Their answers—from John the Baptist to Elijah or one of the prophets—reveal how his followers understood his life and mission. Today, asking Muslim communities around the world the same question—who do you think that Christ is?—is equally revealing.

The Quran mentions Jesus, or Isa, 25 times, but differently each time. The Quran explains that Jesus was born of the virgin Mary (19:20–21) and is “high honored in this and the next world” (3:45–47). Thus, he is called Isa ibn Maryam, or Jesus son of Mary. The Quran also refers to him as ruh min Allah (“Spirit from God”), mushia bi’l baraka (“the Messiah—someone blessed by God”), kalimah min Allah (“Word from/of God”), and rasul (Prophet-Messenger) of God.

Muslims believe that Jesus was a prophet who was given a special message—injil, or the gospel—to convey to all people. This message both confirmed what was taught in the Torah and foretold the coming of Prophet Muhammad. Thus, Jesus has a vital and unique role to play in the Muslim faith.

However, while Muslims accept that Jesus was a servant, teacher, and lover of God’s Word, they do not believe that he was divine or the son of God. The Quran describes the miracles Jesus performed, such as healing the sick and raising the dead, but does not ascribe these miracles to his divinity. Instead, Jesus is a sign to all humankind of God’s endless mercy.

Muslims do not believe in original sin. They see no need for a savior and, moreover, do not believe in Jesus’ crucifixion. The Quran states that Jesus was assumed into heaven (3:169) before his actual death. Islamic tradition explains that Jesus was spared death because he was God’s holy one. Muslims believe Jesus’ enemies could not triumph over him because he is God’s chosen servant.

Like Christians, Muslims believe that Jesus will return. Islamic texts say that Jesus will come back on the Day of Judgment, when he will destroy the ad-dajjal—anti-Christ or imposter.

Throughout history and today many Islamic thinkers have used Jesus as an important religious model. Eleventh- and 12th-century scholar Abu Hamid al-Ghazali encouraged Muslims to pray as Jesus prayed. Thirteenth-century philosopher Ibn ‘Arabi called Jesus wilaya (“seal of the friend of God”) because he possessed the highest knowledge of and intimacy with God. Mahmoud Ayoub, a modern Islamic theologian, has developed an Islamic Christology that explores how Jesus exemplifies the fulfillment of humanity by being fully illuminated by God’s light (tajalli).

Of course Islamic thought on Jesus differs from Christian teachings. But we also share many common beliefs: the virgin birth of Jesus to Mary, profound respect for the mystery of God, love for Jesus, and a willingness to learn from his life as we seek happiness with God. Perhaps here is an opening for a productive conversation between our faiths.(This article also appears in the September 2016 issue of U.S. Catholics (Vol. 81, No. 9, page 49).