Visions of a feast in the time of Christ 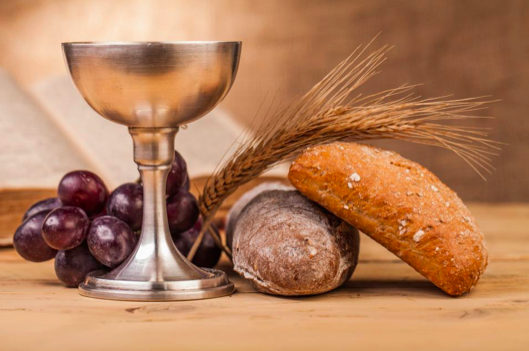 “I was hungry, thirsty, lonely” is Christmas It is believed Jesus and his disciples ate simply. Being in the midst of Christmas celebration here is a look back at feasts of the old Judeo-Christian tradition.

The Bible tells us that Jesus ate bread, wine and fish. Scholars say other chief crops during Christ’s time were wheat, grapes and lentils.

(Note: Renuka Narayanan is a commentator and columnist on religion and culture. See below two of her columns on Christmas in Hindustan Times. In the first she deals with Christmas meals and what Jesus could have eaten.

Jesus identified himself with Bread (I am the bread of life) and with wine (I am the vine and you the branches) He also ate fish, recall the miracle of bread and fish to feed thousands. What is more among his disciples Andrew, Peter, James and John were fishermen.

One can only wonder what Joseph and Mary ate at the Cow shed while Jesus had his mothers milk. There were no photographers to make fool proof record of what must have taken place those days. So narrations we have today are mostly colourful imaginations of devotees. So everything has to be taken with a bit of salt.

What is important to note is that Jesus always presented a compassionate fatherly God most concerned about the poor, needy, the stranger and the lonely about whom we have to be most concerned always especially during this Christmas. james kottoor,editor, ccv.

Food is such a big part of how we celebrate Christmas, but what did Jesus eat?

The Bible does not contain very many details, and so we must glean what we can from what is known of ancient Israelite food, and from clues in the text.

Bible scholars say the chief crops in the old Judeo-Christian land were wheat, barley, olives, grapes, lentils, fava beans, chickpeas, onions, leeks, garlic, and grapes, dates, apples, melons, pomegranates and figs. The people there also raised cattle, sheep and goats and fished in the Mediterranean Sea and the Sea of Galilee; made wine from grapes, and ate unleavened bread.

Olive oil, vinegar and a mint-like herb called hyssop were used as flavourings and long-simmered bean-stews like cholent were made for Sabbath lunch.

Jesus called himself “the true vine” in John 15:1 – 6 and said in John 6:35, “I am the bread of life. Whoever comes to me will never go hungry, and whoever believes in me will never be thirsty.”

He is said to have passed bread and wine around the table to his twelve disciples at their last supper together, saying that the bread was his body and the wine, his blood. This is the origin of communion, the central rite of the Catholic Church, in which the priest administers a wafer and a sip of wine to each believer in symbolic spiritual union with Christ.

Since Jesus and his disciples would have eaten very simply, Leonardo da Vinci’s 15th-century masterpiece, The Last Supper — now preserved at the monastery of Santa Maria della Grazie in Milan — shows loaves of bread, small fruit and glasses of red wine.

Fish also played a key role in the miracle of the loaves and the feeding of the crowd. In fact, four of Jesus’s 12 disciples — Andrew, Peter, James and John — were fishermen. They were fishing when Jesus appeared to them after his resurrection as described in John 21:2 – 8.

Jesus drew from a compassionate vision of God, from divine commands as in Deuteronomy 24: 17 – 19: “Do not deprive the foreigner or the fatherless of justice, or take the cloak of the widow as a pledge. Remember that you were slaves in Egypt and the Lord your God redeemed you from there. That is why I command you to do this. When you are harvesting in your field and you overlook a sheaf, do not go back to get it. Leave it for the foreigner, the fatherless and the widow, so that the Lord your God may bless you in all the work of your hands.”

Whatever be the food that your table is blessed with, Happy Christmas, dear readers.

The views expressed are personal

Top of Form Bottom of Form 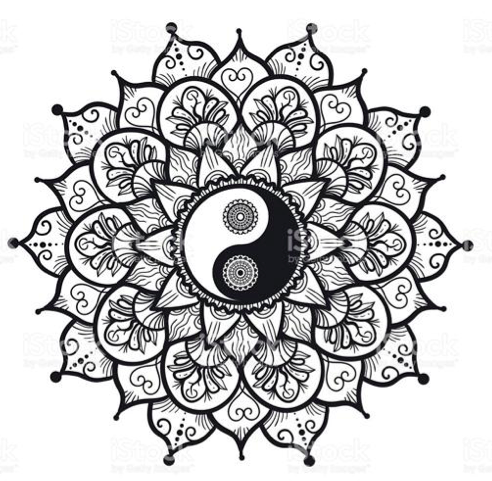 There is good in us all, even despite ourselves: by Renuka Narayanan

Christmas is about the nature of God-love which ought to fill our minds with joy. Colum dated, Dec 17, 2017 in Hindustan Time.

Christmas brings to mind tales about the nature of God-love. There is no dearth of stories with immense spiritual and social value in the Bible. I particularly like the moving episode in the New Testament, Matthew 22:35 – 40, in which a lawyer asks Jesus, “Teacher, which is the great commandment in the law?’

These statements, the first of which echoes the Old Testament, are known as the two great commandments of Christianity.

They were uttered during Jesus’s third visit to the Jewish temple, Jesus himself being a Jew. This episode also contains other important points that Jesus made, such as paying taxes ungrudgingly to the state: “Render therefore to Caesar the things that are Caesar’s, and to God the things that are God’s” as also the touching instance of the poor widow who offered God all that she had out of love and faith, which was two small copper coins.

I heard a parable recently that upheld the exact same sentiment of being focused on God “with all your mind”. The story goes that a thief in South India happened to pass by a temple where a crowd had gathered to hear a spiritual discourse by a well-known pauranikar or teller of religious stories.

Seeing all those festively turned-out people, the thief hoped to steal something and quietly found himself a place in the throng. As he waited, he heard the pauranikar lovingly describe Krishna’s earrings, armbands and necklace of precious gems, the navaratna mala. The thief, who had grown up neglected and never gone to a temple, was awestruck. He thought Krishna was a person somewhere nearby and yearned to steal his jewellery.

He asked people around him, ‘Where does Krishna live?’ They laughed and told him to ask the pauranikar. The thief waited until the discourse had ended and the old pauranikar emerged.

“Where does Krishna live?” asked the thief. “You can’t see him,” laughed the pauranikar. “You better tell me!” said the thief menacingly.

“Go north to a place called Vrindavan, you’ll find him there if you ask,” parried the pauranikar, looking to escape.

The thief made his way north with great difficulty, obsessed with finding Krishna. He thought of Krishna every step of the way to Vrindavan, where they nodded understandingly and sent him to the woods. And suddenly, he encountered Krishna looking just as the pauranikar had described.

Krishna spoke kindly to him and gave him some jewellery. The delighted thief made his way back and sought out the pauranikar to tell him of his success.

The pauranikar was shocked. “Lord, I’ve spent my life speaking about you,” he wept. “Why have you never favoured me with a glimpse?”

But he knew why. The thief, though intent on thieving, had thought of nothing but God, which had cleansed his heart and blessed him. shebaba09@gmail.com