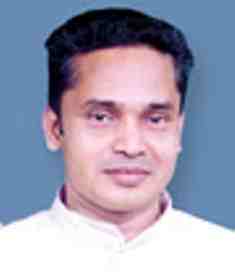 Kochi: A Syro-Malabar parish priest in Kerala created history when he included women for the washing of feet ritual on Holy Thursday, defying his Oriental Church’s diktat that only men be included in the ritual symbolizing Christ’s humility and call for service.

Fr Jose Vailikodath of the Blessed Sacrament Church, Cardinal Nagar, Kochi, justified his decision to include women in the foot-washing ritual, saying he was “just implementing a revolutionary decision” taken by the Pope, the head of the Catholic Church.

The Syro-Malabar Church, an Eastern Catholic Major Archiepiscopal Church, considers the Pope as its supreme head.

In January, Pope Francis had issued a decree revising the rules for the traditional foot-washing ritual on Maundy Thursday. In his decree, the Pope had said the rite should no longer be limited to men and boys, but should include women and people of other religions.

Father Vailikodath’s defiance has not gone down well with the Syro-Malabar Church.

Its spokesperson Fr Jimmy Poochakkatt said the Church will examine why it took place in only one church under its control, The Indian Express reported.

“Our Church head Cardinal George Alencherry had given an explanation to all parish priests regarding the Pope’s declaration revising the rules for the traditional foot-washing ritual on Maundy Thursday. But it happened in one parish in our church. We will examine it,” Fr Poochakkat said.

The spokesman said his Church had not taken a decision regarding implementation of the new rules issued by the Pope. “The synod of Syro-Malabar Church had not met after the issuance of the decree by Vatican. Moreover, it was not made mandatory this year,” he added.

He also pointed out that some Latin dioceses have also not implemented the new rule. He said next meeting of the synod of Syro-Malabar Catholic Church will discuss the decree issued by the Pope.

Fr Vailikodath said he had performed same ritual last year but now it has become a big issue after the Syro-Malabar Church did not follow the decree issued by the Pope. “I just performed parish duty by implementing Pope Francis’ message that there should be no discrimination against marginalized particularly women and downtrodden. He is a servant of Gospel. Pope Francis’ life itself is a big message for humanity,” the priest added.

The 57-year-old parish priest also said he had not received any circular regarding Syro- Malabar Church’s decision on this issue. His parishioners, comprising about 100 households, “are so happy” about his decision to include women, he added.