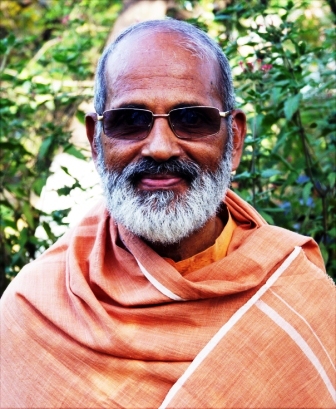 Consumerism and materialism are cancerous growths eating into the soul of humanity today. The Church of Christ which is called to counter these cancerous maladies with the power of the Holy Spirit  is herself enslaved by them.

The garlands of Dollars or Rupees worn by our Cardinal and Bishops show how deep this moral cancer has spread into the soul of the Church. I was deeply pained when I saw our Cardinal Alencherry wearing such a Garland. I thought he was a good follower of Pope Francis. I have been nurturing great appreciation for him. In fact, I had written a letter to him only last month appreciating some of his values and statements.

A spiritual regeneration of the Church, beginning with the Syro-Malabar Church, the richest Church in the world, is the crying need of the hour. For this, we need dedicated and courageous disciples of Christ from that background. The Syro Malabar Church needs an Integral Revolution to spiritualise the religious, social, political and economic dimensions of its life. 'Disciples of Christ for Peace' is called by the Holy Spirit for this very purpose.

I will be visiting our 'Dharma Bharathi Ashram' at Mulanthuruthy near Kochi during the last week of December. I wish to meet you and few other really interested persons from the Syro-Malbar Church in the Ashram during one of those days.

I will be grateful if you could serve as a Convener of this first meeting to plan out an Integral Revolution for the spiritual regeneration of the Syro Malabar Church. 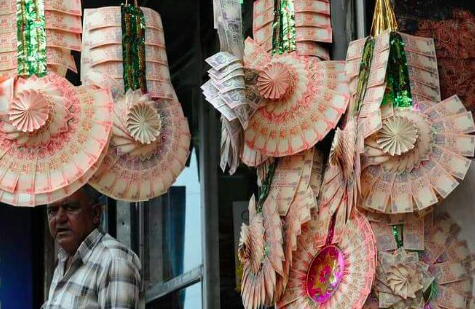 George Moolechalil, Mathew Tharakunnel and Joseph Mattapally are to be included in the team. All four of you should also speak out your heart on this subject.We will thereafter work out a plan of action as to how to proceed with this divine mission.

Looking forward to your response and with much love

Yours in Christ Jesus our Sadguru

I am in receipt of your mail and the pictures of the bishops with garlands of currencies. While I appreciate your probable goodwill, I would exhort you to examine and verify the facts objectively.

It is clear from the picture that the bishops are garlanded with Indian Rupees and not with dollars. This garlanding was done during their recent trip to North India. This is a common cultural practice very intimate to the ordinary folk in several of the North Indian States. It is loaded with a lot many symbolisms. The currencies of Rs. 10 used for the religious leaders of particular meaning. Refusing to accept this garland would be tantamount to insult to the hosts.

Any practice should be understood and appropriated within a context. Cultural sensitivity is fundamental to mature religiosity. Your aggressive tactic seem to have stretched out the meaning and blown up the issue out of every constructive proportions. While the priorities and Value system of the Church and Church leaders need to be reoriented in several respects, there are gentler ways for the faithful to keep the leadership in focus. Constructive criticism should emerge out of the love for the Church.

Greeting and many thanks for your well-meaning, timely  and constructive reaction on the whole.

CCV  first received the report from a trusted source in Chicago and so the assumption was that it happened there. Photos never lie and  photos were of Prelates parading themselves with garlands of money, which is atrocious to say the least and counter witness to a poor Jesus made naked and crowned with thorns. But on closer look we too wondered how Rupee Garlands migrated to Chicago. On continued search CCV now  stands corrected on it, that is, on the location where it was paraded.

We respect fully your view that traditional folklore practices should be respected. But we beg to disagree just a 100 % that they should be approved and sanctified with the blessings of the Church. That precisely is the reason why Casteism is still practised even by bishops in India, after centuries of respecting that tradition. Recall many articles we wrote about the kidnap and torture of Kadppa bishop for being a Dalit and that by his subordinate Reddy priests. Only Cardinal Oswald Gracious of Bombay reacted immediately and publicly condemning the act, but not even CBCI president Baselios Cleemis even after so many concerned persons wrote letters to him.

Contrast this with the Circumcision issue of pagans who become Christian in Acts. The Apostles never relented even one bit and Paul had to protest violently in the face of Peter publicly on the issue. Why go that far. Just take the reaction of Jesus himself to the sanctified traditions of Scribes, High priests and Phaarisees in the whole of Mat.23. Recall also the cleansing of the temple. Didn’t the “Sweet Jesus, meek and mild” become “bitter Jesus rough and wild?” Didn’t he, after resorting to: Samam, Danam, Fedam, take up the whip(Dendam) and overturn the cash tables of worshipers of money in the temple? How will you reconcile Jesus’ use of this physical violence with the popular presentation of Him as the paragon  of Non-violence? In short, whom are we to follow, Jesus of history, the crazy Christ (who made mess, as Francis exhorts the young to do) or thousands of tradition crazy divided and fighting Churches?

CCV’s unwavering view is that practice of Caste and Constantanian pomp should be whipped out lock stock and barrel, from all churches, starting with the Syromalabar Church  which has become notorious as a Church of Pomp, show, exhibition and worshipers of tradition – St.Thomas tradition.

Cardinal Alencherry is a very good friend of mine who phones me back when I fail to connect with him.  Wise men disagree in an agreeable way and fools disagree with ranker and ill will. So dear friend, no ill will is implied in CCV’s 100% disagreement with you.  Many thanks once again for your reaction and God bless. james kottoor

Thank you for the very apt objective response.

I hope Shri James Kottoor will respond to it. As an honest Christian, he is obliged to apologize for this hyper action without any objective basis. Thank you for that brotherly Christian correction.

This photograph is widely circulated among social media the world over, followed by very hitting comments. However, it is not clear if this parade happened in Delhi or Kerala or Chicago. Also it is nt clear that the bills are fake or original. In Delhi, currency garlands are a sign of respectful welcome according to some and Cardinal Alenchery might have been surrendering to their choices. However, unlike his predecessors, Mar Alenchery has no reservation in receiving any volume of luxury he is showered upon. In Ahmedabad a collection of 17 lakhs Rs were spent to arrange a reception for him. Very recently he was part of an imperial coronation at Preston. On the one side he advocates simplicity and on the other isde it is he who blesses all the luxury temples built on the name of Jesus and Christianity. It is this controversy that the general public basically questions.

It is not a procession that happened in US. it is a photo of the reception at a meeting in Jalandhar on this Monday.