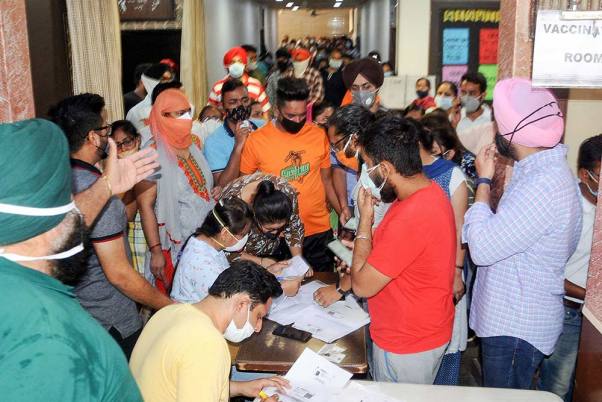 India is the largest manufacturer of vaccines in the world. For years, it has manufactured and exported more vaccines than any other country. The Serum Institute of India (SII) is the world's largest vaccine manufacturer, producing more than 60 million doses of the AstraZeneca and Oxford vaccine every month (Source: Business Insider India 02.05.21).  It makes vaccines for measles, tetanus, diphtheria, hepatitis and many other diseases and exports its vaccines to 170 countries.  Therefore, when SII declared in January 2021 that it was ready with its Covishield Vaccine, followed shortly by Bharat Biotech (Covaxin), world leaders hailed India’s Covid vaccine breakthrough.  In fact, on Saturday 9th January 2021, Prime Minister Narendra Modi proudly declared: "Today, India is ready to save humanity with two 'Made in India' COVID-19 vaccines. India has done this earlier and it is doing it now as well."  Following the launch, India also exported 6.5 crore doses to about 90 countries including its neighbours Bangladesh, Bhutan and Nepal. Yet suddenly its vaccination drive against Covid-19 has lost its pace at a very crucial time when the second wave daily case load is hovering between an alarming of 3.75 and 4 lakh and a daily death rate of 4000 plus. According to Professor Ashish Jha, Dean at the Brown University of Public Health in Rhode Island: “India reports 400,000+ cases and 4,000+ deaths a day. A sustained level of horribleness. And it’s not correct. The true number is surely closer to 25,000 deaths. There are lots of simple ways to estimate but here’s a simple one. Look at the crematoriums.” (The Telegraph Online 17.05.21). 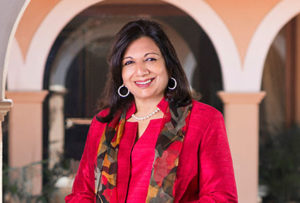 In the face of this onslaught when the country needed COVID-19 vaccines the most, Biocon Executive Chairman Kiran Mazumdar-Shaw has expressed her concern over the shortage of vaccines and sought better transparency from the government regarding their availability to allay the fears of citizens. (Business Today 11.05.21).

Currently, India’s two vaccine makers produce an estimated 70 million (7 crore) doses each month of the two approved shots — AstraZeneca, made by the Serum Institute of India, and another by Bharat Biotech. SII announced that by July 2021 it would produce 10 crore doses of vaccine. The proof of the pudding is in its eating. Covaxin has not made any firm commitments. From May 1, India opened its Covid-19 vaccination drive for all above the age of 18 years. But the progress of vaccination is this category is slower than a snail's pace. Both the states and private hospitals have to buy the vaccines for this category, through competitive bidding (read pitted against each other like gladiators). States like Maharashtra, Karnataka and Delhi with greater monetary clout are likely to outbid other states in the race to procure vaccines.  The poorer & smaller states will lag behind in this competitive bid and thus, the very purpose of Universal Vaccination will be defeated.  The buzzword Atmanirvaar will get a new  connotation : each state should fight and fend for itself.  Charles Darwin's theory of Survival of the Fittest!

Against this shortage of vaccine and the inability of Serum to meet its domestic and export commitment (the Government of India has presently banned vaccine export), there is a growing demand that to fight Covid on a war footing, the leading pharmaceutical multinationals waive their Intellectual Property rights so that many companies in India and other countries could manufacture Covid vaccines to bridge the vaccine shortfall.

But Kiran Mazumdar-Shaw reiterated that India being the largest vaccine manufacturer of the world cannot hide behind this excuse. She said the main bottleneck for the sudden vaccine shortage was access to raw materials and consumables, bulk of which comes from the USA.  USA has blocked export of these materials but is now considering relaxing the ban.  She also said even if Compulsory Licensing was granted by the government, it would take years for a company to manufacture Vaccines as the process was both very technical and complex.

She said logistics & management of vaccines and also the differential vaccine pricing between the Centre and the states were other main causes.  She also said the Central Government by leveraging its bargaining power should have stocked vaccines in January 2021 itself instead of ordering now. The result is there is alarming rise in infection including for the first time the rural areas and slowing down of vaccination due to supply crisis where most states are running out of vaccines.

She opined that the Central Government should have centrally procured all vaccines and distributed them among the states, and a small percentage to private hospitals. Regarding Vaccine Management, she suggested that the Centre should just send the vaccines to the states and leave with them the decision on their utilization according to size and Covid-positivity rate of a district. One size will not fit all states. She emphasised on Vaccine Transparency – that the Centre should announce regularly the quota it has allocated to each state which should maintain a Daily Dashboard on the doses it has received and administered therefrom. 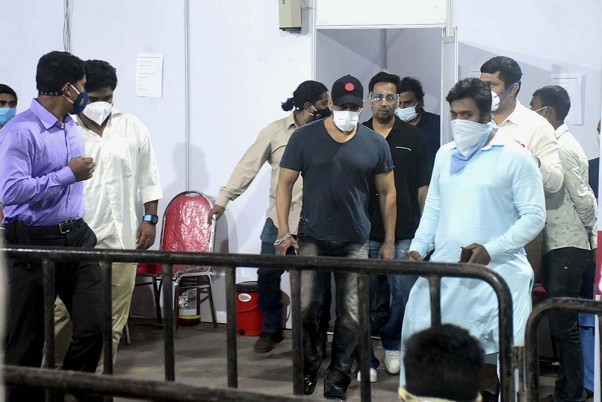 Bollywood actor Salman Khan leaves a vaccination centre after he received his second dose of Covid -19 vaccine, at Dadar in Mumbai. PTI Photo.

The government has behaved like a bully with its indigenous manufacturers. It beat them down to a price below the $3 tag that COVAX had determined as the minimum viable price for COVID-19 vaccines. It sanctioned a price of only Rs 150 per dose to SII and Rs 200 to Bharat Biotech, and released orders for small quantities to them just five days before the launch of the vaccination campaign, on January 16. The government also didn’t support the manufacturers with funds, either through grants or as advance payments against future supplies. The manufacturers had to stockpile at their own risk. Then, on April 19, the government agreed to give Rs 3,000 crore to SII and Rs 1,500 crore to Bharat Biotech to enhance their manufacturing capacities. This met SII’s long-standing appeal for funds (Science The Wire 22.04.21).

As mentioned above, India’s two vaccine makers produce an estimated 7 crore doses per month. Considering India’s population of 140 crore, we need at least 200 crore doses (2 doses per person). At the current pace, it will take at least two years, if not more, to vaccinate 100 crore eligible population, notwithstanding the induction of Sputnik V from Russia.  By that time the virus will change its strain/mutation and we might be in for the Third Strain (God forbid this does  not happen).  This means new genre vaccines will have to be developed to combat the Virus.  If the whole country (at least 70% to get Herd Immunity) is not vaccinated, many of those who have been vaccinated may need to be re-vaccinated, as the efficacy of the current vaccines is between 3 to 12 months and not lifelong as conventional vaccines.

Bearing in mind that this time the Second Wave has badly impacted rural India, there is an urgent need to build/beef up many more Primary Health Centres (PHCs), especially to address mother and child healthcare.  Immunity building (for children 0-5 years) is key. The Government, including state governments, may take a cue from the Cuban Health Model on basic healthcare.  Good basic healthcare facilities can address many health problems and this will spare poor people from the rural areas the expenses of flocking to city hospitals and get duped there by middlemen.

At a time when more and more citizens needed to have been vaccinated (ideally door-to-door) to counter this alarming Pandemic which has been spreading faster than wild fire, the sudden policy of increasing the gap between Covishield 1st and 2nd doses from 6-8 weeks to 12-16 weeks is patently a covert attempt to cover up for the shortage of the Vaccine supply, thus pushing the citizens to canon fire. In fact, for the same SII Vaccine, the UK has brought down the gap from 12 to 8 weeks.  Intriguingly, for Covaxin the gap between the 1st and 2nd doses remains the same 4 weeks! But vis-a-vis Covishield, it is very short supply. In Nepal the gap between the 1st and 2nd doses of vaccination which began on 16 May 2021,  is one month (For Vero Cell from China – for ages 18-59). Source: The Himalayan of 16th May 2021).

From the PM's premature claim of India being the Saviours of Humanity through its Covid-vaccine breakthrough, the situation has now turned 360 degrees. We are now virtually on our knees, begging the whole world to save us from Dennis (Covid) the Menace!  Humpty Dumpty had indeed a great fall!!