Government’s COVID Mess Ruined Our Self-Respect. How to ‘be Positive’? 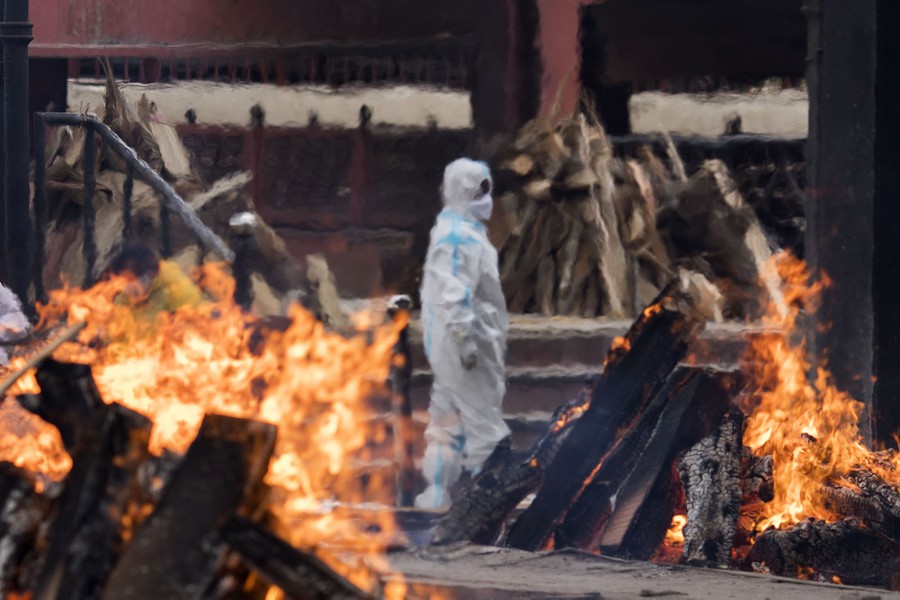 The govt’s handling of COVID has made a mockery of ‘atmanirbharta’ and assaulted our ‘atma-samman’: Shashi Tharoor

Note: The article below by Congress MP Shashi Tharoor, has been recommended for CCV readers, by Mr Varghese Pamplanil. 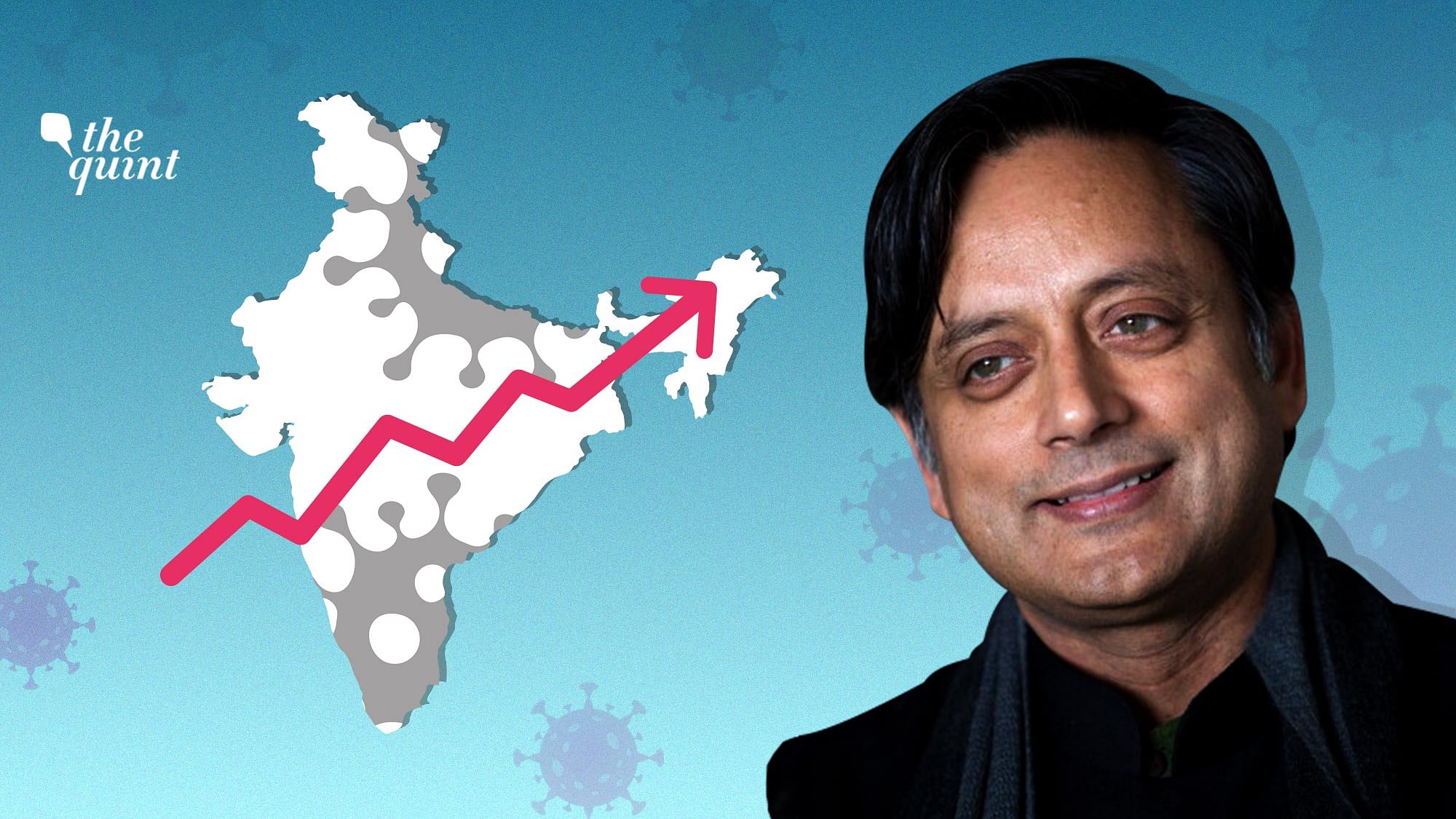 The story is told in Indian nationalist lore of the time when the Prince of Wales, the future Edward VIII, visited India in 1921. The Prince pointed to a few magnificent buildings, cars and electrical installations and remarked to an Indian accompanying him, ‘We have given you everything here in India! What is it you don’t have?’ And the lowly Indian replied, gently: ‘Self-respect, sir.’

What Post-Independence Indian Nationalism Was All About

The story, perhaps apocryphal, encapsulates much of what Indian nationalism was all about, and the fierce pride that had grown up in free India over the last seven and a half decades of Independence. For what colonialism snatched away from Indians included the self-respect that comes from the knowledge that you are the master of your own fate, that your problems are your own fault and that their resolution depends principally on you and not some distant person living in a faraway land.

This also explained India’s obsession with ‘strategic autonomy’ and non-alignment in foreign policy (others had decided our place in the world for the last two centuries, so we were not going to let anyone else dictate our policies) as well as ‘self-reliance’ in economics (you say you want to trade with us, but that’s what the East India Company said too, and they ended up ruling us; so, foreign capitalists stay away!) Self-respect, withheld from Indians by the colonial subjecthood that was all the British were willing to confer upon them, had to be restored at any price.

Such an attitude was not compatible, in the early years after Independence, with the country’s dependence on foreign aid to overcome its chronic shortages of food and its efforts to overcome the crippling poverty that devastated the lives of hundreds of millions of Indians. But the ‘Green Revolution’ of the 1960s quadrupled agricultural output and India no longer needed to live, in the contemptuous phrase, “from ship to mouth”. Self-reliance in agriculture was followed by a boom in industry and services after economic liberalisation in the 1990s.

The difference that this made was encapsulated in the decision of then Prime Minister Manmohan Singh to decline foreign assistance to cope with the Asian tsunami of 2004. Not only was India capable of dealing with the consequences of the disaster with its own resources, but it sent humanitarian aid to other affected countries, notably Sri Lanka and Indonesia, with Indian ships joining the relief efforts of the developed nations. India’s aid programmes (or ‘development co-operation’, as New Delhi preferred to call them) for poor countries grew exponentially during the first decade of the new century, along with its increased GDP.

Again, when Kerala was devastated by floods in 2018 and 2019, and countries hosting Keralite migrant workers rushed to offer assistance, Prime Minister Narendra Modi turned them down. A succession of Finance Ministers and Foreign Ministers have repeatedly affirmed that India does not need foreign aid. Development and poverty alleviation are our own responsibility, and we are perfectly capable, they stressed, of organising ourselves and finding the resources to fulfil our responsibility.

This has remained the catechism for India’s governments of all political stripes. As recently as in June 2020, Prime Minister Modi had proclaimed that India would pursue a doctrine of ‘atmanirbharta’, or self-reliance. COVID had taught us, he explained, that dependence on others, including foreign supply chains, was dangerous; India's future success and prosperity would depend on looking after ourselves and producing not only what we needed but what we could supply to other countries.

In January 2021 at Davos, the prime minister rather grandly proclaimed: “India is moving ahead with the resolve to become self-reliant. This aspiration for India’s self-reliance will renew globalism.” The message was clear: not only was India self-sufficient in dealing with the coronavirus pandemic, but it was also able to save the world.

The government’s transcendent failure at planning, management or leadership, its floundering absence of a coordinated response, the collapse of the health system, desperate citizens scrambling for essentials from ambulances to hospital beds to vaccines to oxygen, the horrifying shortages of medicines, doctors, test kits and ICU space, and the final indignity — no space in our backed-up mortuaries and cemeteries for the dead — have destroyed three generations of national self-respect. The government’s handling of COVID-19 has made a mockery of ‘atmanirbharta’ and assaulted our ‘atma-samman’.

The prime minister’s hubris was neither warranted then nor sustainable in the face of a horrifying second wave of the pandemic. We are approaching the world on our knees, with a begging bowl. Even our tiny neighbour, Bhutan, a nation long dependent on Indian largesse and development assistance, has offered New Delhi two oxygen generators.

Forget about saving the world, as Prime Minister Modi boasted. The scale of our domestic crisis has obliged the government to renege on its commitments to foreign countries, diverted vaccine doses intended for export to domestic use. This was unavoidable but has destroyed our credibility as a source of vaccines for the world.

We Could Have Had Much to be Positive About. But What Did We Do Instead?

In the midst of all this, the government exhorts Indians to ‘be positive’ — to spread a narrative of upbeat cheer when there is darkness everywhere. Spiritual leaders and captive corporate honchos are wheeled out to utter bromides about positivity. But when you have lost self-respect, can positivity be anything more than self-deception?

When being ‘positive’ implies being in denial about your failures, when a positive spin serves to evade responsibility for your mistakes, when attacking the ‘negativity’ of the Opposition dodges accountability for your sins of omission and commission, and when decrying people’s anger and frustration in the name of positivity seeks to divert the public and the media away from the truth — then what is such positivity worth?

The irony is that we could have had much to be positive about. Our doctors are among the best educated and trained in the world, our vaccine network proved itself in eradicating polio and smallpox in the past, and over the years India has become a pharmacy to the world, making affordable high-quality generic medicines and 60 percent of the world’s vaccine supply. Had these assets been harnessed with effective planning and leadership, had the government not wallowed in complacency and hubris, we would have prevented the worst of the horrors we are seeing around us.

But India — the government of Narendra Modi and the BJP — did not. Instead, it destroyed our self-respect. Has it left us anything to be positive about?