You have the right to practice your faith, Pope Francis says in new interview 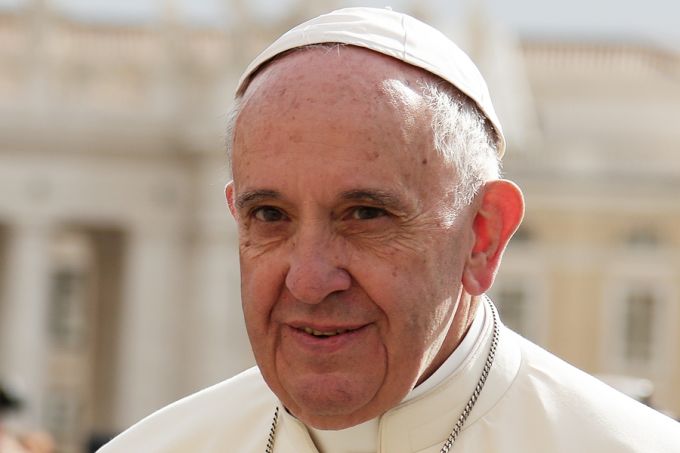 By Elise Harris. Vatican City, May 17, 2016 / 09:59 am (CNA/EWTN News).- In a new interview focused heavily on migration and dialogue with Islam, Pope Francis touched on growing concerns surrounding the hot-button topic of religious freedom.

While he admitted that secular governments espousing a separation of Church and state have shown more success throughout history, the Pope also stressed that such policies must be strict in ensuring religious freedom for all.

“The right to conscientious objection must be recognized within each legal structure because it is a human right,” the Pope said in a May 9 interview with French newspaper La Croix.

“States must be secular. Confessional states end badly. That goes against the grain of history,” he said. However, he also stressed that the separation of Church and state must be “accompanied by a solid law guaranteeing religious freedom,” calling this “a framework for going forward.”

“We are all equal as sons (and daughters) of God and with our personal dignity. However, everyone must have the freedom to externalize his or her own faith,” he said.

“If a Muslim woman wishes to wear a veil, she must be able to do so. Similarly, if a Catholic wishes to wear a cross. People must be free to profess their faith at the heart of their own culture not merely at its margins.”

He offered a “modest critique” of France’s system of “laïcité,” a strict separation of Church and state, saying while generally good, the policy is “exaggerated” in France.

Rather than considering religions as a mere “subculture,” they must be accepted as “fully-fledged cultures in their own right. I fear that this approach, which is understandable as part of the heritage of the Enlightenment, continues to exist.”

“France needs to take a step forward on this issue in order to accept that openness to transcendence is a right for everyone.”

“That’s what fascinates me about France,” he continued. “On one hand, that exaggerated laïcité, the heritage of the French Revolution, and on the other hand, so many great saints.”

Pope Francis also spoke of the importance of ensuring individuals the right to conscientiously object to issues they believe to be against their deeply held beliefs.

In response to how Catholics ought to defend their concerns on issues such as euthanasia or same-sex marriage in a secular government, the Pope said that it’s up to each country’s individual governing body to discuss, argue and explain their positions, because “that is how a society grows.”

However, he emphasized that once a law has been adopted, “the state must also respect (people’s) consciences.”

The right to conscientious objection must be legally recognized as a human right, he said. The same must also go for a government official, “who is a human person. The state must also take criticism into account. That would be a genuine form of laïcité.”

Pope Francis said that Catholic arguments shouldn’t be swept aside with the excuse that they “speak like a priest. No.”

Catholics, he said, “base themselves on the kind of Christian thinking that France has so remarkably developed,” and ought to have a voice.

Published May 16, the Pope’s interview touched on a variety of other issues, such as clericalism, possible reconciliation with the Society of St. Pius X (SSPX), migration and fears surrounding Islam and terrorism.

He said that despite his appeals to welcome incoming migrants, the question as to whether Europe can handle the increasing influx is “a fair and responsible question because one cannot open the gates wide unreasonably.”

In order to properly deal with the problem, one must go to the root causes, he said, noting that migration is mainly caused due to wars in the Middle East and Africa, as well as a lack of development on the African continent.

The worst welcome migrants fleeing these situations can receive is for their host countries “to ‘ghettoize’ them,” he said, stressing the need for proper integration.

He noted how the terrorists who carried out the Brussels attacks were themselves Belgians and the children of migrants, “but they grew up in a ghetto…This illustrates the need for Europe to rediscover its capacity to integrate.”

This need for integration is all the more important today, he said, “since, as a result of a selfish search for well-being, Europe is experiencing the grave problem of a declining birth rate. A demographic emptiness is developing.”

When asked if Europe’s fear of Islam – which in turn has caused hesitancy to accept migrants – is justified, Francis said in his opinion, there is not a fear of Islam in itself so much as a fear of ISIS and “its war of conquest, which is partly drawn from Islam.”

He acknowledged that the idea of conquest “is inherent in the soul of Islam,” but said that Jesus’ commission to his disciples in the Gospel of Matthew to “go out to all nations” could also be interpreted “in terms of the same idea of conquest.”

In the face of Islamic terrorism, “it would therefore be better to question ourselves about the way an overly Western model of democracy has been exported to countries such as Iraq, where a strong government previously existed. Or in Libya, where a tribal structure exists,” he said.

Francis said that ultimately “co-existence between Christians and Muslims is still possible,” and pointed to countries such as Argentina, “where they co-habit on good terms,” Lebanon and a pre-wartime Central Africa as examples.

On the topic of reconciliation with the SSPX, Pope Francis said that Bishop Bernard Fellay, the head of the traditionalist group, is “a man with whom one can dialogue.”

This is not the case with others “who are a little strange, such as Bishop Williamson or others who have been radicalized,” he said, expressing his belief that professed members “are Catholics on the way to full communion.”

A “good dialogue” is currently taking place with the SSPX, he said, explaining that the proposal of a personal prelature would be possible solution for their full reconciliation with the Church, but stressed that before this is done, “it will be necessary to establish a fundamental agreement with them.”

“The Second Vatican Council has its value. We will advance slowly and patiently,” he said.

In terms of a future trip to France, the Pope said he has recently received an invitation from French president François Hollande as well as the local bishop’s conference.

However, he said that he doesn’t know when a visit might take place since 2017 is an election year for France, and “in general, the policy of the Holy See is not to organize such trips during these periods.”