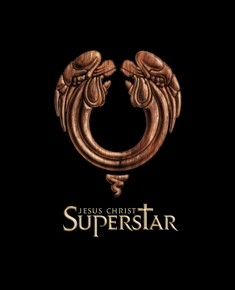 New(Matters India): The Supreme Court on Tuesday lifted a ban on a rock opera on Christ 25 years after the Kerala government imposed it.

The apex court acted on a petition by a Catholic priest against the ban on ‘Jesus Christ Superstar,’ written by Andrew Lloyd Webber and Tim Rice.

Father Abraham Vellathadathil, who lives in Kerala’s Kottayam, had challenged the ban in 2002 before the Kerala High Court. However the court dismissed the plea two years later, forcing him to approach the Supreme Court the same year.

Father Vellathadathil’s lawyer Shridhar Chitale had informed the court that the opera had been staged throughtout the world at various points of time, including in Vatican before Pope John Paul II.

However, it could not be stated in Kottayam district because of the ban issued by the then district collector, reported The Times of India.

Father Velladathil, who was ordained a priest nearly 40 years ago, explained to the court that the opera narrates the last seven days in Jesus’ life on earth in a simple way. “It depicts the events that occurred in 33 AD as set out in the Holy Bible when Jesus was betrayed, arrested, beaten, spat upon and jeered at by even His closest followers. The opera depicts the agony of Jesus during His betrayal, His trial, His condemnation by the high priests and the Roman governor and finally the shameful death to which they sentenced him.”

The lawyer also told a bench of Justices Ranjan Gogoi and N V Ramana that the opera had been staged in various Indian cities including Delhi, Mumbai, Chennai and Kolkata and that none had complained about hurting Christians’ religious sentiments. He narrated how the personal vindictive attitude of the district collector had led to the initial ban on the opera being staged in a school and later resulted in a state-wide ban.

The Kerala government’s lawyer M T George argued that the ban should continue in Kottayam to avoid serious social disturbances. He produced a letter from the Kerala government saying, “In the present day scenario, it is revealed that the staging of the drama ‘Jesus Christ Superstar’ may hurt the religious faith of the Christian minorities and thereby cause serious law and order issues.”

Kottayam is the only Christian majority district in Kerala, where the community forms 19 percent of the total population of 33.8 million.

“Due to peculiar and special circumstances prevailing in the district of Kottayam, the state of Kerala is still interested in continuing the ban order issued by the District Collector Kottayam on October 15, 1990 and the notification issued by the government and published in the gazette dated December 14, 1990.”

Justices Gogoi and Ramana took into account Chitale’s argument that the opera had been staged all over the country and was performed before Pope and quashed the notification issued under Section 4 of the Kerala Dramatic Performances Act, 1961, imposing indefinite ban on it.