over condom row – Stephanie Kirchgaessner in Rome, in the Guardian, UK, Wednesday 11 January 2017

Ancient Catholic order refuses to cooperate with Vatican investigation into sacking of offical over distribution of condoms. The row is being seen as a sign of anger among Catholic traditionalists who view Francis as too progressive. Photograph: Andreas Solaro/AFP/Getty

(Note: It is only at trees overlaid with fruits, the passers by can throw stones. Similarly it is for watch dogs to go on barking at every unseen noise in the dark. But the caravan must continue its onward march to reach its goal.

God created man, male and female and since they are created for each other, half of humanity will be after the other half and vice versa, not to eliminate each other, but to possess each other in loving embrace to enrich each other only during their productive years of trial and error, with or without condom. It is only natural that some people make a mountain out of a mole hill. But the captain of the Bark of Peter can’t be bothered much about these minor rocking of the boat by some riff raffs from Malta, a puny Island.

Thank God it is only a tempest in tea cup that happens to every human – made male and female – during their energetic middle ages, which will subside as they mature and grow old. Time is the best healer for everything, Francis knows it more than any one else. Some person’s over enthusiasm to hog the limelight seems to have got him entangled in the condom conundrum only to end up looking more ridiculous than glorious.

Just read what Robert a Vatican journalist says below: “Burke is becoming a real thorn in the side of the pope. I suspect he is driving this [firing of Boeselager] and it is part of his obsession with sexual morality, as if this is the decisive feature of what it means to be Catholic and faithful to Jesus Christ when in fact scriptures say very little on these matters,” james kottoor, editor)

Pope Francis is facing an extraordinary challenge to his authority from an ancient Catholic order that is refusing to cooperate with a Vatican investigation into the sacking of a top official over the distribution of tens of thousands of condoms.

The controversy has been simmering for weeks, but the Knights of Malta’s rejection of the investigation – an unprecedented act in recent times – has now escalated the matter.

The conservative order said in a statement it intended to protect its sovereignty from official oversight and its members had the legal right not to cooperate with the Vatican investigation, which was approved by Pope Francis late last year, and is being led by the Vatican’s second most senior official, the secretary of state, Pietro Parolin.

The fight is increasingly being seen not just as a battle over the investigation, but as a sign of the increasing anger and disobedience by some Catholic traditionalists who are opposed to Francis’s papacy because they view him as too progressive on issues involving social doctrine.

“It is not just the fact that they are defying the pope’s authority, but they are doing so using language that is disrespectful and confrontational,” said Austen Ivereigh, who has written a biography of the pope. “It is as bad as it looks.”

At the heart of the case lies the firing of the Maltese Order’s grand chancellor, Albrecht von Boeselager, who was suspended on 8 December after he refused to resign after allegations that thousands of condoms were distributed in Myanmar by its charitable arm under his watch. The Catholic church bans the use of contraception and Boeselager has said he stopped the practice when he learned about it. 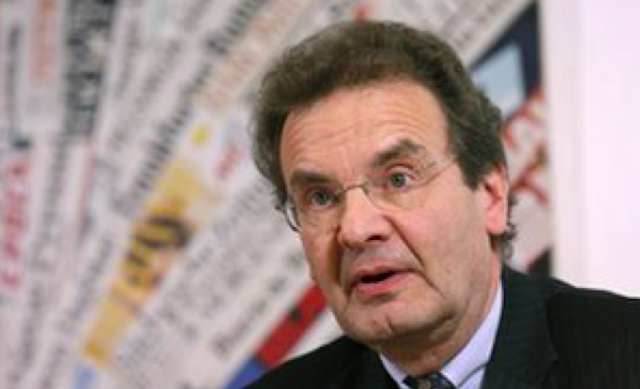 The pope appointed a special commission to investigate the matter on 22 December, prompting an outcry from the order, which was founded in the 11th century in Jerusalem as the Knights Hospitaller. It came amid tension between Francis and the Vatican’s top diplomat to Malta, the conservative US cardinal Raymond Burke, and reflected concern in the Holy See that Boeselager may have wrongly been told that the pope had blessed his firing.

Burke, who is known in particular for his views on so-called sexual morality, is one of four cardinals who challenged Francis last September when he asked the pope to submit yes or no answers to a series of questions about his call for priests to show “discernment” in their treatment of Catholics, such as divorcees, who live outside the church’s rules.

The papal exhortation – called Amoris laetitia (Joy of Love) – was seen by some traditional Catholics as being too lax because it suggested some divorced and remarried couples could be offered holy communion. “Burke is becoming a real thorn in the side of the pope. I suspect he is driving this [firing of Boeselager] and it is part of his obsession with sexual morality, as if this is the decisive feature of what it means to be Catholic and faithful to Jesus Christ when in fact scriptures say very little on these matters,” said Robert Mickens, a veteran Rome-based Vatican journalist.

Ivereigh said the dispute was exposing deep differences between Francis’s Vatican and the Maltese order.

“You are dealing here with a very profound culture clash within the Catholic church. Burke and the Knights of Malta represent in many ways everything that the church of the second Vatican council and Francis have been seeking to get away from,” he said.

The Order of Malta is known for its extreme adherence to tradition, including in the importance of respecting its own hierarchy. It employs many trappings of a sovereign state, issuing its own stamps, passports and licence plates and holding diplomatic relations with 106 states, the Vatican included.

Its origins lie in the establishment of an 11th-century hospital in Jerusalem that cared for pilgrims of all faiths, and it now has 13,500 members and 100,000 staff and volunteers who provide healthcare in hospitals and clinics around the world.