OPEN LETTER FROM CHHOTEBHAI TO THE NUNCIO NEW DELHI – REGARDING BP K.A. WILLIAMS OF MYSORE 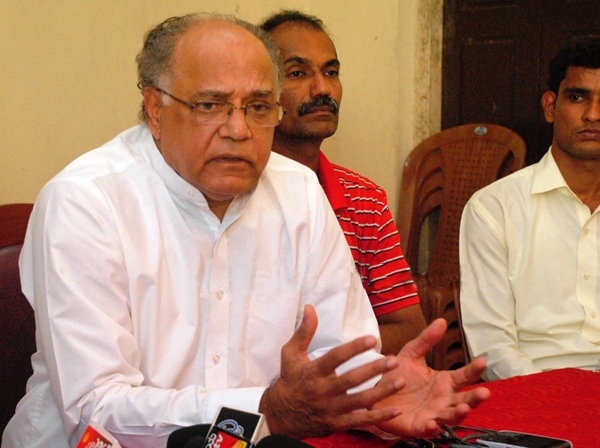 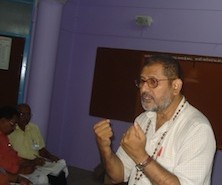 Peace of Christ! Permit me to introduce myself as the former National President of the All India Catholic Union, former Director of the International Council of Catholic Men (Unum Omnes) and presently the Convenor of the Indian Catholic Forum and advisor to Catholic Church Reform International.  With both anguish and hope I write to you regarding the unfortunate developments in Mysuru diocese, headed by Bp K.A. William.

This sordid matter has also found extensive coverage in both the secular and Catholic media. In the light of the above I assume that you are adequately informed about the averments and allegations against William. Nevertheless, in order to put things in their correct perspective, a recap of major events is called for.

The Indian Catholic Forum (ICF) was formed for the reform and renewal of the Catholic Church in India according to the teachings of Vatican II. A few quotes will put this letter in perspective. “Every layman should openly reveal to them (hierarchy) his needs and desires with that freedom and confidence which befits a son of God and a brother in Christ. An individual layman, by reason of knowledge, competence, or outstanding ability which he may enjoy, is permitted and sometimes even obliged to express his opinions on things which concern the good of the church” (LG No 37). I believe that both Dr Pais and Justice Saldanha are therefore well within their ecclesiastical rights and duties to flag this issue. Since the matter “concerns the good of the church” the ICF also cannot remain a mute spectator.

The “Decree on the Bishops Pastoral office in the Church” makes some pertinent observations. A bishop “should be characterised by due prudence with that trustfulness which fosters friendship and thus is naturally disposed to bring about a union of minds” (CD No 13). “A bishop should stand in the midst of his people as one who serves. Let him be a good shepherd who knows his sheep and whose sheep know him” (CD No 16). Pope Francis has gone a step further in affirming that pastors should have the smell of the sheep. Unfortunately, the sad tale of events in Mysuru seems to have the rotten stink of blood, gore, vengeance and subterfuge. No conscientious Catholic can remain a silent spectator to the same.

I may here point out that a similar story of kidnapping, diversion of funds, having a mistress and child, using police force etc had transpired with Bp Gallela Prasad of Kadapa diocese two years ago. The ICF was then in the forefront to highlight the case; and your predecessor in office removed the offending prelate.

Permit me to also draw your kind attention to the very explicit provisions of Pope Francis’ Apostolic Letter “Vos Estis Lux Mundi” that came into effect on 1/6/2019, regarding matters of sexual abuse by clerics. It covers “forcing someone, by violence or threat or through abuse of authority, to perform or submit to sexual acts” (No 1ai). It covers “actions or omissions intended to interfere with or avoid civil investigations” (1b). Vulnerable persons include those that are deprived of personal liberty or unable to resist the offence (1.2b). Such offences are to be immediately reported (3.1). Any person may submit a report (3.2). The report may be sent through the Pontifical Representative (3.3). The report shall include as many particulars as possible, such as indications of time and place (3.4). “Prejudice, retaliation or discrimination as a consequence of having submitted a report, is prohibited” (4.2).

The investigation is to be undertaken by the Metropolitan, in this case Abp Machado of Bangaluru, who is well acquainted with the facts of the case. However, if there is a conflict of interest (as seems to be in the instant case) then the Metropolitan is obliged to recuse himself from such investigations (12.6). Co-operation of the laity and qualified persons is recommended (13.1). The investigation is to be completed within ninety days (14.1). Pope Francis’ letter and its provisions seem to have been observed in the breach.

Bearing in mind the similarities in the cases you already have a precedent to go by. We therefore humbly request you to take immediate action in the matter and remove William from office and the territorial jurisdiction of Mysuru diocese. A canonical enquiry should be set up at the earliest and have competent lay persons, women’s activists, experts in criminal law and finance, as provided for in Pope Francis’ letter;  before more irreparable damage is caused to the Catholic Church in India.

I may here mention that I am presently doing research in church history, including in India. The country’s decadal population growth rate is 25%. However, in the decade 2003 – 2013, 59 out of 166 dioceses (36%) have recorded negative growth. They have shrunk despite the church’s tall claims and huge institutions. The number of clergy, both diocesan and religious, has also shrunk from 22,974 in 1998 to 22,451 in 2013. In Europe we know that several convents and monasteries have been converted into “Bed & Breakfast” home stays under the website “Monastery Stays”. In India too, some convents meant for aspirants have now been converted into working girls hostels.

Our Lord Jesus asked us to read the signs of the times (Mat 16:30). Nebuchadnezzar was also warned to read the writing on the wall (cf Dan 5:5ff). The portents are ominous. Hence your firm and immediate action is solicited, before it is too late. Considering the gravity of the matter a copy of this Open Letter is being marked to Cardinal Gracias, CBCI President, and personal advisor to Pope Francis. Copies are also being marked to Dr Pais, Justice Saldanha, the National President of the All India Catholic Union, and the Catholic press, for information and appropriate action.

This letter is written without prejudice to anyone, and based on information provided from credible sources.