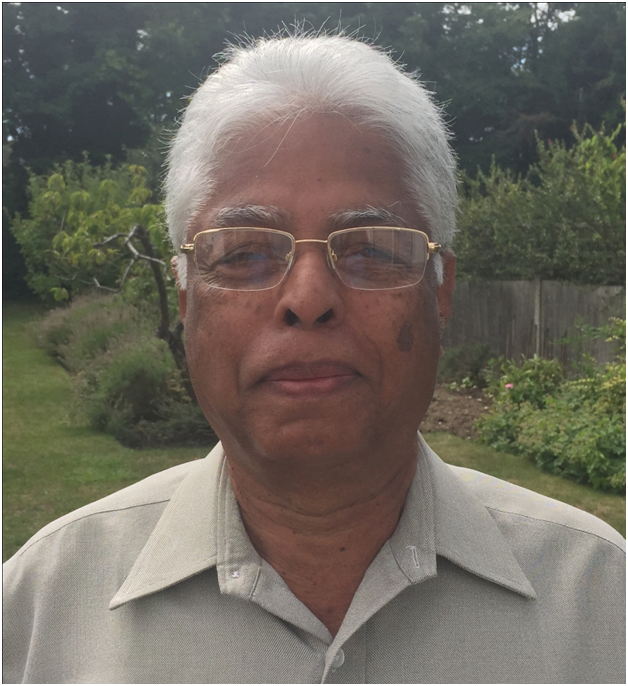 George’s  are ‘Simplistic’ Views! Pamplanil Reacts to George on CAA

Note:  Sree Pamplanil (PM Varghese) now in Texas, USA and Sree George Nedumparampil, in Kochi, are our regular esteemed columnists. The former now in Texas with his son, a US citizen, on holiday, regularly writes to CCV and  has sent the following letter to the editor and the attached views of over 100 bureaucrats to confirm his views. Both are in regular contact with us on WhatsApp!

We request, You our readers, to assess the views of both and come up with your own views for or against, as the best example of friendly discussion to agree or disagree in an agreeable way with out mincing words. james kottoor, editor ccv.

Please read below Pamplanil’s letter to me and his response to George.

I think that this matter in the Scroll, Jan. 9, is worth publishing in CCV. I have read the simplistic views of George Nedumparambil which gloss over the nefarious intentions of the people in charge of governance of our country.
The intentions of the present Government seem suspect. The country is suffering from the ill effects demonetisation and the shoddy implementation of GST. The new harebrained scheme bodes ill for the country. We cannot survive as a fragmented and mutually antagonistic entity.Over 100 retired bureaucrats writing an open letter to Indians, say the country doesn’t need CAA, NRC or NPR!

People protest against the Citizenship Amendment Act in Bengaluru on December 23. | PTI

A group of more than 100 retired civil servants on Thursday  issued an open letter to the citizens of India, detailing why the country does not need the Citizenship Amendment Act, the National Register of Citizens, and the National Population Register.

The retired bureaucrats said in the letter that though the government has tried to delink the Citizenship Amendment Act, the NPR and the NRC, the three programmes are in fact linked, and “need to be resolutely opposed”. They also called on the government to repeal the Citizenship Amendment Act, which was passed in Parliament on December 11. The amended act grants citizenship to refugees from six minority religious communities from Bangladesh, Afghanistan and Pakistan, provided they have lived in India for six years and entered the country by December 31, 2014. It has been widely criticised for excluding Muslims.

At least 26 people died in last month’s protests against the citizenship law. Of these, 19 died in Uttar Pradesh, five in Assam and two in Karnataka. The Bijnor Police in Uttar Pradesh were also accused of detaining and torturing minors.

The 106 former bureaucrats who wrote the letter have organised themselves as the Constitutional Conduct Group, and said they were “committed to the Constitution of India”. The group said that the NPR 2020 has nothing to do with the Census to be conducted in 2021.

They added that unlike the 2010 version of the National Population Register, the new version “asks not only for the names of the parents of the resident, but also seeks to also record their dates and places of birth”. “A person who is not able to furnish these details for his/her parents or, for that matter, for himself/herself, could well be classified a ‘doubtful citizen’,” they added.

The group said that census statistics over the past seven decades do not show any significant demographic shift in India’s population, and therefore the identification of “illegal migrants” seems to be unnecessary, as proposed under the nationwide NRC. It added that the expenditure on the proposed NPR exercise seems unreasonable now that most Indian citizens are covered by the Aadhaar scheme.

“We are apprehensive that the vast powers to include or exclude a person from the Local Register of Indian Citizens that is going to be vested in the bureaucracy at a fairly junior level has the scope to be employed in an arbitrary and discriminatory manner, subject to local pressures and to meet specific political objectives…” the group said. It added that there is also large scope for corruption in this exercise.

The former bureaucrats added that the exercise is very difficult to conduct in a country where the maintenance of birth records is poor. “Errors of inclusion and exclusion have been a feature of all large-scale surveys in India,” the group said.

The signatories pointed to the NRC exercise conducted in Assam last year, which left out 19 lakh people, or 6% of Assam’s population. They said it was “ludicrous” that the Assam government, which is ruled by the Bharatiya Janata Party, had rejected its own NRC data.

“The provisions of the CAA, coupled with rather aggressive statements over the past few years from the highest levels of this government, rightly cause deep unease in India’s Muslim community…” the signatories wrote. They said the Muslim community has had to face the brunt of police action recently, only in those states where the local police is controlled by the BJP. This, they alleged, is evidence that the NRC and NPR could be used for selective targeting of communities and individuals.

The signatories also asked the government to withdraw the Foreigners (Tribunals) Amendment Order, 2019, which they said has “unnecessarily stoked fears that Foreigners’ Tribunals can now be set up on the orders of any district magistrate in India and is the precursor to a widespread exercise to identify ‘illegal migrants’”.

Foreigners’ Tribunals have been constituted in Assam to hear the pleas of those who have been excluded from the NRC. “The experience with Foreigners’ Tribunals in Assam has been, to put it bluntly, traumatic for those at the receiving end,” the retired bureaucrats said. It said that many people have lost their lives in the quest for affirming citizenship, or have been sent to detention centres.

The signatories said that media reports have suggested that the Centre has asked all states to set up detention camps. They also noted that Prime Minister Narendra Modi’s claim last month that there are no detention camps in India is contradicted by the existence and ongoing construction of such camps in various states in India. They added that Modi’s assertion at a rally in Delhi on December 22 that the Citizenship Amendment Act and the NRC are not linked contradicts many statements made by Home Minister Amit Shah.

The signatories added that they also consider the Citizenship Amendment Act to be morally indefensible. “We would like to emphasise that a statute that consciously excludes the Muslim religion from its purview is bound to give rise to apprehensions in what is a very large segment of India’s population,” they said. The former civil servants noted that the word “persecuted” does not even exist in the text of Act, while the government claims it intends to grant citizenship to persecuted minorities from three countries.

“Above all, we see a situation developing where India is in danger of losing international goodwill and alienating its immediate neighbours, with adverse consequences for the security set-up in the sub-continent,” the signatories wrote.(Support our journalism by subscribing to Scroll+. We welcome your comments at letters@scroll.in.)