Make Farmer a competitor in the Market! Bolstering Corporates was intent of farmlaws!

Cover image:  When the Supreme Court finally does decide to hear the farm laws matter, for many petitions that deal with equally contentious decisions taken by the current government continue hanging fire in the apex court. (PTI) 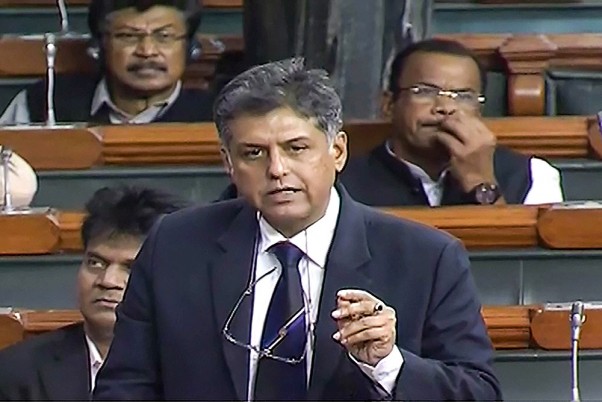 If the confrontation between Indian farmers (farm-strike) and government is going on endlessly, even after 50 days and over 60 deaths, it is a clear warning that our democracy is not functioning properly, in spite of the Modi-mantra: ‘Sabka sath sabka vikas’. The solution is not building another spectacular parliament building but putting to work the existing one to dialogue with the stake holders, the farmers.

Sixty per cent of the Indian population, i.e. 81 crore people, are agriculture-dependent. They produce food for our tables, creating the slogan “Farm to table” in contrast to “ship to table” when we had to import food – wheat, maize, milk powder etc. from US during the lean years in 1950s.

All know the three farm bills were made by the government without due consultation with the farmers, the exploited section. The beneficiaries of the sweat and toil of farmers are the Chamchas of government and commission agents in the Mandi system.

What is Mandi System?

Mandis are agricultural markets where  farm produce is sold by auction to traders through commission agents(CA).  The beneficiaries here are the traders and CAs. Under the new farm laws, these two entities will be replaced by olygarchs and corporates like Ambani/Adani who will fix the selling price exploiting the farmers further.

An Oligarchy is a country or industry that is controlled by a small group of powerful people while a chaebol denotes a “wealth clique” in Korean. When wealthy corporates take over, competition in the market where alone the farmer has a say is totally eliminated. Only through free competition in the market, which the government should provide, can the farmer sell his produce to the best bidder and  prosper.

What is hurting the Farmers most now is the silent, passive or active support the government gives to Olygarchs and wealthy corporates which make the farmers totally powerless in the competition of the market.This must change, or else they would rather die than withdraw from strike, say the farmers!

Manish Tewari,  the writer of the article is a lawyer and a former Union minister. He knows his stuff. What is all important is to make the Indian Farmer a powerful competitor to sell his produce to the best bidder! james kottoor, editor ccv.

The recent Supreme Court decision staying the farm laws, protecting the minimum support price regime and directing that no farmer would be dispossessed of his land is appropriate under the given circumstances. Perhaps if the committee appointed by the Supreme Court could also have also been constituted in consultation with the protesting farmer unions, it would have inspired far greater confidence.

When the Supreme Court finally does decide to hear the farm laws matter, for many petitions that deal with equally contentious decisions taken by the current government continue hanging fire in the apex court, it must keep in mind that agriculture, with its allied sectors, are the largest source of livelihoods in India.

A total of seventy per cent of our rural households still depend primarily on agriculture for their livelihood. Of them, eighty-two per cent of farmers are small and marginal. On the whole, about 60 per cent of the Indian population, i.e. 81 crore people, are agriculture-dependent.

They can be called small entrepreneurs, for they mostly own the land they till and it is their labour on that small patch, varying from one to five acres, that keeps the home fires burning. The average size of a land holding in India is 1.16 hectares. This is roughly 2.8 acres. Moreover, these farm laws also have the added potential of making us import-dependent bringing back the spectre of ship-to-mouth that the green revolution finally surmounted in the early 1970s.

These farm laws are actually intended to give Corporate India a legal licence to muscle in on these small guys who have unequal or no bargaining power.

Look at what has happened to the Indian economy over the past 80 months. The chairperson of the Competition Commission of India in a recent interview stated, “The Commission has now decided to undertake market studies in pharmaceutical sector, telecom sector and digital market sector… The Commission has received cases with allegations of anti-competitive conduct by market players in these sectors as well as reviewed various combination notices in these sectors…” The goal is to ensure that competition remains “vibrant” and “there are enough players who are able to participate in the award of concessions”.

A classical example of this is the aviation sector where the government despite opposition from both the department of Economic Affairs (DEA) Ministry of Finance and the Niti Aayog allowed the Adani Group of companies to take six key airports and also acquire a controlling stake in both the Mumbai and the upcoming greenfield Navi Mumbai Airports. These Guwahati, Thiruvananthapuram and Mumbai, roughly handled seven airports, namely Ahmedabad, Mangalore, Lucknow, Jaipur, 8 0 million passengers during the last fiscal (2019-20). This converts into nearly one-fourth of the 340 million odd domestic air passenger traffic.

On the 11th of December 2018 when the NDA/BJP government’s public private partnership appraisal committee (PPPAC) considered the civil aviation ministry’s privatisation pitch, the DEA in a note ostensibly red-flagged it, stating, “These six airports projects are highly capital-intensive projects, hence it is suggested to incorporate the clause that not more than two airports will be awarded to the same bidder duly factoring the high financial risk and performance issues. Awarding them to different companies would also facilitate yardstick competition.”

Niti Aayog also surprisingly demonstrated spine and, in a note, opined, “A bidder lacking sufficient technical capacity can well jeopardise the project and compromise the quality of services that the government is committed to provide.”

Brushing aside these concerns, the government still went ahead and allowed one company with no previous experience in airport management to take control of all these airports albeit through a public auction.

However, therein lies the problem. Even if it is through the bidding route allowing monopolies to develop in sector after sector of the economy tantamount to creating economic oligarchies and chaebols.

An oligarchy is a country or industry that is controlled by a small group of powerful people while a chaebol denotes a “wealth clique” in Korean. They are popularly assumed to have been influenced by the Japanese zaibatsu — both sharing the same Chinese characters and meaning. Like chaebols, zaibatsus were also family controlled conglomerates that dominated the Japanese economy until they were finally extinguished by the United States during its occupation of Japan post World War II.

Country after country has had to deal with these oligarchies and chaebols for ultimately they start influencing the politics of nation in the most pernicious manner possible. The US had to bring the Sherman Anti-Trust Act way back in 1890 to curb concentrations of power that interfere with trade and reduce economic competition. The unsaid part of it was that do not allow corporations to become so powerful so that they start “controlling by influence” the policy frameworks and governance of the state. However, where the government is itself engaged in facilitating the development of these oligarchic chaebol-like structures it becomes even more sinister to put it mildly.

The US has used its anti-trust laws to reign in various entities, including Standard Oil, AT&T, Kodak and Microsoft in the twentieth century, to name a few.

Way back in 1909, the Department of Justice of the US government filed a federal anti-trust lawsuit against Standard Oil arguing that the company restrained trade through its preferential deals with railroads, its control of pipelines and by engaging in unfair practices like price-cutting to drive smaller competitors out of business.

On May 15, 1911, the Supreme Court ordered the dissolution of Standard Oil Company, ruling it was in violation of the Sherman Anti-Trust Act. The court’s decision forced Standard to break into 34 independent companies spread across the country and abroad. Many of these companies have since split, folded or merged today. The primary descendants of Standard include ExxonMobil, Chevron and ConocoPhillips. Recently, the US government has gone after Big Tech companies with a wave of anti-trust law suits for it considers their market dominance among other things as dangerous for democracy.

Similarly, South Korea has for long grappled with the malevolent influence of chaebols on their politics. Russia is a typical example where a noxious combination of big business and entrenched political interest are controlling that country since the exit of Boris Yeltsin at the turn of the millennium.

The Supreme Court, therefore, must be mindful of the true intent of these farm laws. It is to further the agenda of further consolidating these oligarchies and chaebols that control a significant part of the Indian economy already and, therefore, are, through their financial, media and other muscle, disproportionately significant players in our democratic and governance ethos.

(Manish Tewari is a lawyer and a former Union minister. The views expressed are personal. Twitter handle @manishtewari)