Help Someone in Need this Christmas 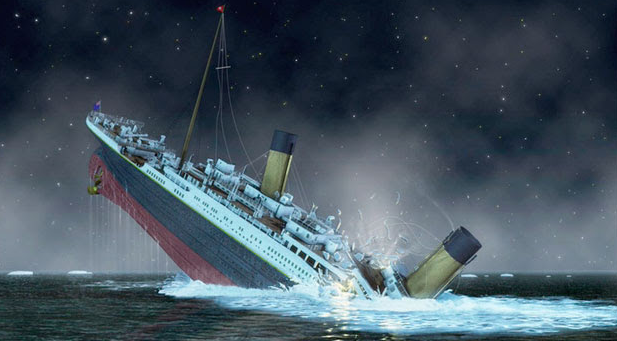 (Note:This was forwarded to us by our friend Jose Therampil. It is said there were three ships around when Titanic sunk, one just 7 miles away, another 14 miles and a third  58 miles away. Don't we all receive SOS calls from our friends, those in distress, those literally drowning in misery? How do we respond such times: pretend not to have heard anything? Or make excuses for various reasons, real or manufactured? The farthest one  heard, cried, prayed and tried and God helped  the captain to come to the rescue of  705 drowning persons. In the story  reported below to which group do you belong? So keep attuned to any such calls coming during the rest of Christmas preparation and be  recipients of that PEACE  Jesus brings: PEACE TO MEN OF GOOD WILL. james kottoor, editor)

There were three ships which were nearby when the Titanic sunk.

One of them was known as the Sampson. It was 7 miles away from the Titanic and they saw the white flares signaling danger, but because the crew had been hunting seals illegally and didn’t want to be caught, they turned and went the opposite direction away from the Titanic.

This ship represents us and people like us if we are so busy looking inward at our own sin and lives that we can’t recognize when someone else… is in need.

The next ship was the Californian. This ship was only 14 miles away from the Titanic, but they were surrounded by ice fields and the captain looked out and saw the white flares, but because the conditions weren’t favorable and it was dark, he decided to go back to bed and wait until morning.

The crew tried to convince themselves that nothing was happening. This ship represents those of us who say I can’t do anything now. The conditions aren’t right for it and so we wait until conditions are perfect before going out.

The last ship was the Carpathia. This ship was actually headed in a southern direction 58 miles away from the Titanic when they heard the distress cries over the radio.

The captain of this ship knelt down, prayed to God for direction and then turned the ship around and went full steam ahead through the ice fields. This was the ship that saved the 705 survivors of the Titanic.

When the captain looked back at the ice fields they had come through, he said Someone else hands must have been at the helm of this ship! This ship represents those who would pray to God for direction and then go without hesitation.

Life whispers in your soul and speaks to your heart. We need to take time to listen and to these whispers and take heed.