Twitter counters the vision of India as a parivar. That’s why the govt wants to control it 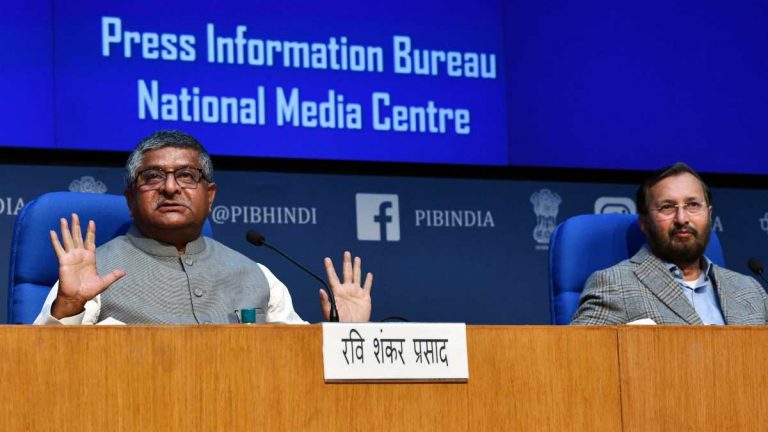 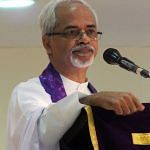 Rev. Valson Thampu makes a masterly analysis of the transition of today's Social Media from its historical perspective. He shows its linkages with BJP's ideology of `Parivar' (family), patriarchal mindset of imposing oneness, one culture, one head of the family (leader) and falling in line with the one unchallenged leader. He explains why the ruling NDA wants to control the social media which gives freedom of expression and airs a variety of opinions which may spread like wild fire. He emphasises while abuse of the social media in the name of freedom of expression cannot be justified, similarly expression of diverse views does not tantamount to abuse, and therefore, should not be suppressed by a democratic nation.  In this context he uses the catchword "elected autocracy" which tries with all its might to muzzle `speak truth to power' as Prophet Nathan did to King David.  He says the government  of the day should listen to its citizens instead of just being intent on dictating them – a standard operating procedure in a typical patriarchal family. However, practising Rev. Valson's precept is easier said than done given the increasing trend of autocracy in several democratic nations. Isaac Gomes, Associate Editor, Church Citizens' Voice.

How are we to read the growing tension between the all mighty Indian State and the global social networking giants like Twitter, WhatsApp, Facebook, Google, among others? This is all the more remarkable, given that the Bharatiya Janata Party, which runs the government at the Centre, has gained the most by utilising the power of social media.

The simple point to note is that a great deal of historical development is subsumed in this debate, and it is instructive to regard it, howsoever briefly.

The rise of the social realm

Consider, first, the emergence of the social realm. It wasn’t there always, or to the same extent as it exists today. In the Greek context, for example, life was divided into two spheres: the public and the private. The social realm did not exist. The public and the private were distinguished by their contrast, not by their competition. Activities and concerns that belonged to the private domain — those that concerned the physical and biological needs of human beings — had no place in the public domain, which was dominated entirely by the political. The Greek idea of the political, it needs to be stated, was not the same, in all respects, as the modern idea of it. But that is a separate issue, which need not detain us here.

Let me note here only a typical aspect private-public separation to clarify what I mean. The essential eligibility to be an Athenian citizen to play a role in the affairs of the polis (the city-state) was his freedom from domestic concerns. Therefore, he who worked and looked after his own affairs, was ineligible. The private affairs were looked after by slaves and women; not by men who were eligible to be citizens. The latter concerned themselves entirely with ‘political’ issues and responsibilities.

The ‘social’ realm emerged as a space in-between the private and the public (or political). It developed mostly at the expense of the private. The ‘social’ denoted the de-privatisation of the various ingredients that were private, prior to that. Consider a contemporary reality to see this in perspective. Even five decades ago, eating out was ‘not the done thing’ in India. People of standing and family culture, ate at home. One hardly heard of wedding or birthday parties being held in hotel banquet halls. Today, it is the norm, so far as affluent families are concerned. What was once an exclusive aspect of the private, has now shifted into the sphere of the social.

The emergence of social media…

Now think of social media. Prior to its emergence, there were only two avenues: the press and gossip. One was public and the other was private. The canvas for gossip was small, and its reach limited. The attractiveness of gossip is that it empowers private individuals. Whether that ‘empowerment’ is ethically wholesome, or if it is used with responsibility or refinement is irrelevant to this activity. Gossip liberated individuals from the privations of being confined to the private or personal realm. (By the way, the words ‘private’ and ‘privation’ are from the same root. It means that to be limited to the private sphere is to be deprived.) As a rule, only what is shared with others has any reality. So, one feels the need to share what is known — the privileged information in the private realm —with others. In doing so, the gossiper feels a sort of personal empowerment. The consequence is, admittedly, unfortunate. As English satirist Alexander Pope says, ‘At every word a reputation dies’.

What social media has done is to enlarge the canvas of gossip a billion times and make its reach universal. Is this right? Or, is this wrong? Well, the answer to that depends on what has happened to the media.

…and the decline of journalism

Historically, the power and popular appeal of social media parallels the degradation of journalism. Over the decades, journalism becoming unfaithful to its core mission has given way to the media: the zone of the momentarily momentous, if you like. This ‘media’ is a sort of glittering gossip: the gossip indexed to the interests of the glitterati in various societies. As of now, a large section of the media is a site of committed socio-political gossip. It is a misnomer to call it committed journalism. It should be called gossipy-media, instead. It is not only that gossip is unfettered by commitment to truth, but even truth is wilfully sacrificed to buttress privileged interests. The media invokes ‘freedom of the press’, but does not bother to remain true to the discipline and culture basic to its historical role.

In the days of wholesome and responsible journalism, this key democratic institution did not hesitate to ‘speak truth to power’. It discharged a function analogous to the prophetic in religion. Take the case of prophet Nathan in the court of King David. David commits a serious moral-cum-criminal offence. The prophet points a finger at him, thundering: “You are the man!” That is the prototype, if you like, of journalism. But today, prophets have become courtiers, singing the praise of democratic kings, irrespective of what they do and how they conduct themselves. The ingenuity of the media is expended often on defending the indefensible; certainly so in societies of ‘elected autocracy’.

It is in the wake of the vacuum that journalism has created that social media has emerged as an intractable and ubiquitous pandemic. This explains why the Indian State is keener to control social media than the Covid-pandemic.

It is possible for the State to control or co-opt the mainline media: print and digital. Nearly impossible to control citizens, empowered by being heard through social media. There is an aspect to this, which is of special resonance in the Indian context.

The BJP is the political wing of the Sangh Parivar. ‘Parivar’ means family. The Sangh ideology and national vision is dominated by the ‘family’ outlook. The family is noted by three things in particular: (a) sameness of opinion and (b) identity of interest and (c) a centralised authority. In Greek and Roman thought, the position of the father (pater familias) is a familiar symbol of dictatorship. It is so in all patriarchal families to this day. It is not an accident that the Sangh vision for India is distinguished by obsession with ‘one-ness’: one language, one culture, one religion, one leader, one party and so on.

As regards the family, the main thing is that its members must conform to the family culture, which is single and homogenised. Members of a family must ‘behave’, as dictated, mainly, by its head.  It is a crime to deviate from set norms. Contrasting aims cannot co-exist in a family. The Sangh agenda is to convert India into a massive family or ‘parivar’ in which membership is defined in exclusive terms. This mind-set underlies the on-going tensions pertaining to citizenship debates, policies and strategies. As per the writings of V.D. Savarkar and M.S. Golwalkar — the main ideologues of the Sangh Parivar — Christians and Muslims cannot be Indian citizens, because they have their holy lands outside the territorial limits of India. They are the unassimilable ‘other’.

Social media runs counter to the vision of a country as a family. It is a network of plurality, diversity and dissent. Of course, it is liable to be abused. No self-respecting, law-abiding society can countenance abuse. All abuses need to be dealt with appropriately. But, ‘dealing with’ abuses needs to be distinguished from the ‘suppression’ of diversity. The suppression of citizenship rights with the spectral weapon of fear is even more inimical to the health of a democratic society than the abuse of social media.

While the irresponsible abuse of the social media cannot be justified in any way, a situation in which a large section of mainstream media is seen to be wholly partisan to the interests of the powers that be, and indifferent to its larger democratic responsibilities, is also indefensible. The challenge is, hence, to evolve a via media. Sadly, from this point of view, there is no agency that can negotiate and evolve such a via media. The sovereignty of the State is made the foremost stumbling block in this regard. It need not be. The State dictates, but does not have the need to listen. Citizens on their part, feel frustrated that they are sliding more and more into personal insignificance and impotence. Yet, they are, presumably, governed by a ‘government of the people, by the people, and for the people’.

So, it would well turn out that the bridling of the social media giants is not an innocent State action, conceived wholly in the interests of the people of India.