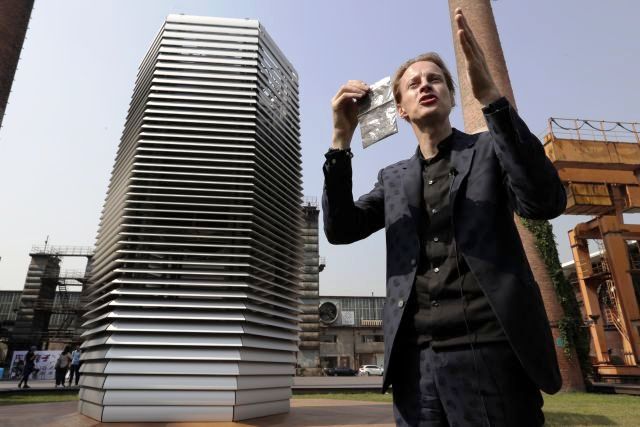 (Note: Daan Roosegaarde is a Dutch artist and founder of Studio Roosegaarde, which develops projects that merge technology and art in urban environments. According to him "The air that we all breathe in at major cities across the world–whether it's London or Beijing, Paris or Delhi–it's the same as 17 cigarettes per day".  China has some of the worst air pollution in the world. Year before last, Beijing recorded PM2.5 levels that were 17 times greater than the limit recommended by the World Health Organization. Researchers estimate that pollution causes 1.6 million deaths annually in China, marking about 17% of all deaths. With his world-renowned Smog-Free Projects, including smog-free bicycles, Daan hopes to bring a breath of fresh air to Indian cities.

Daans' smog-free project is in line with the ENCYCLICAL LETTER LAUDATO SI of the Holy Father Francis on Care for our Common Home which is the earth. Hope CCV readers will find the information interesting and beneficial. For more information on his smog-free projects,  please visit the website https://www.studioroosegaarde.net/project/smog-free-project/      Isaac Gomes, Church Citizens' Voice).

When you think about it, is anything more important that fresh, clean air? Yes, we crave all the amenities and luxuries this world can offer us–from luxury cars to five-course dinners at fine-dine restaurants–but are they worth anything without the oxygen that keeps us alive?

No. And that's precisely the reason why the world, and India, needs an inspiring artist like Daan Roosegaarde.

In a world where we're all busy pursuing our own dreams, we have stopped caring about the planet, and what we need to do to sustain its many gifts. The result is that millions across the world breathe in air that is so polluted that we are plagued by a number of respiratory diseases all year through, to say the least.

The Indian smog situation has worsened over the last few years, and no amount of 'odd-even' plans are actually making a long-lasting difference. And that's just where Daan and his team at Studio Roosegaarde are ready to chip in.

Why do we need smog-free air?

"I love technology. We've used it to enhance ourselves, to mobilise, to share, to create. But on the other hand it created side-effects that you and I never imagined, and pollution is one of them," Daan says. The air that we all breathe in at major cities across the world – whether it's London or Beijing, Paris or Delhi – "it's the same as 17 cigarettes per day". If that doesn't alarm you, then nothing will. The solution that Daan has to offer is simple: "I think we should sort of design our way out of it, engineer our way out of it." And that's precisely what this Netherlander has successfully done in Beijing recently.

He designed the world's largest air purifier in the form of the Smog-Free Tower in Beijing. Located in a public park, the seven metres high tower cleans more than 30 thousand cubic metres of air every day, making the air around it pure. What's more, the smog particles collected from this tower are compressed and converted into a smog-free jewellery line! That apart, Daan's other innovations include a range of smog-free bicycles which clean the air around them, helping the riders breathe freely. The bicycles have also found favour in China. Studio Roosegaarde has also designed a kind of dance stage that generates electricity through vibrations, a clean form of energy that isn't dependent on any fuel.

India, entrepreneurs, and the dream of clean air

The success of his Beijing stint has led to invitations from a number of countries that face similar issues. India, we must admit, is lucky to be one of them. Drawing data from the World Economic Forum's reports on the smog situation in India, Daan is all set to introduce us to the innovations his team has made over the years. 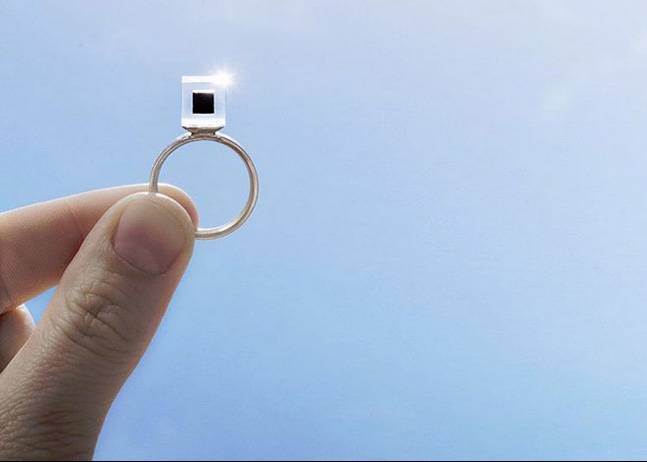 "I want to start with building the cleanest park in India..You know, a public park where people can enjoy the clean air. I think that's step one…the second is the smog-free bicycle…but maybe new ideas can also come up," he says. Daan has travelled across India, and the entrepreneurial spirit in the country has really heartened him.

"There's a new generation (in India) which is not waiting for permission, or waiting for acceptance. But there's a sort of bottom-up approach to improve life. And that's, I think, incredibly fascinating," Daan adds. And while he feels connected to this "maker's mentality" that's on the rise among young Indians, he hopes many of them will join him in creating more innovations that can improve our global living conditions. 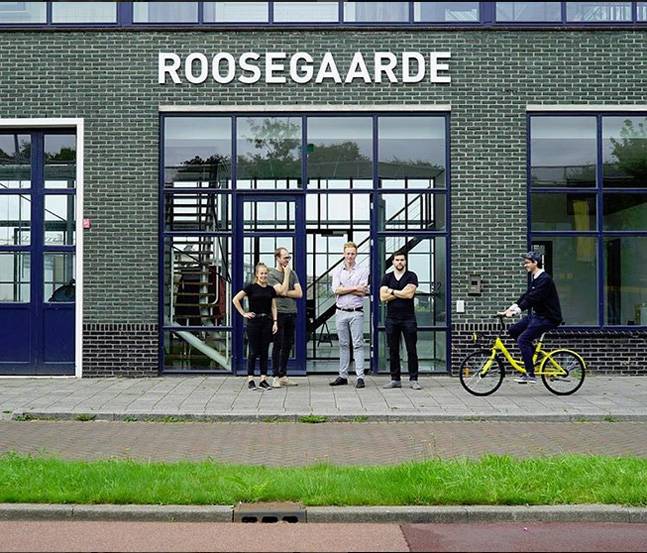 He makes an open call for the "people in government, leaders who are willing to make a decision, capital investors, tech companies, or students with new ideas. Let's work together." And truly, what this Dutch artist has to offer isn't just an opportunity to harness the talents we in this country have, but also the chance to make a difference in our own living standards through technological innovations.

"So what I'm trying to say is, by making good design, by making new innovations, you can change the lifestyle of people. And that's really where you start to have the impact," Daan explains. And you just have to agree that his call to arms against our situation is very invigorating indeed.

The Smog Free Tower equipped with environment friendly and patented positive ionization technology cleans 30.000 cubic meters of air per hour, collecting more than 75% of two kinds of pollutants, PM2.5 and PM10, that contribute to smog. The tower runs on green wind energy and uses no more electricity than a waterboiler (1170 watts). Creating a tangible souvenir, Roosegaarde designed Smog Free Rings of compressed smog particles. By sharing a Smog Free Ring you donate 1000 m3 of clean air to the city. In 2017, Roosegaarde presents a new addition to Smog Free Project: the Smog Free Bicycle. The concept draws its inspiration from the recent Smog Free workshop which featured artist Matt Hope and Prof. Yang from Tsinghua University and led to new creative output. The innovative bicycle inhales polluted air, cleans it, and releases clean air around the cyclist.

The Smog Free Project provides a local solution for clean air such as in parks; the effect of the Smog Free Tower has been validated by the results compiled by the Eindhoven University of Technology. Moreover, the Smog Free Project is an inspirational experience of a clean future. Along with governments, students and the clean-tech industry, people can work together to make a whole city smog free.

The award-winning Smog Free Tower which was erected on 20th September 2016 by Daan Roosegaarde and his team, is supported by the Chinese Central Government and currently exhibited in China.

The Smog Free Ring is made of smog collected from the Smog Free Tower in Rotterdam or Beijing. By sharing the Smog Free Ring, you donate 1000 m3 of clean air. As a true collectors item it is individually crafted by Roosegaarde’s team in the Netherlands and unique in the world.