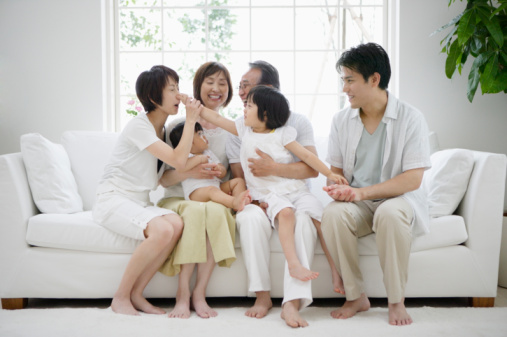 (Where is joy and hope for families and nations without children. Responsible parenthood, which mean bringing forth to life only that many as parents can bring up and not state control is to be norm. That may be the big lesson China teaches. jk,ed.)

In terms of social reconstruction, China under a relatively moderate Communist leadership is poised for a momentous transformation in its population policy. Exactly 35 years after the one-child norm was rigorously enforced in the aftermath of the Mao Zedong era, the government of President Xi Jinping has resolved to allow the two-child policy to curb what it calls the “demographic time bomb”. In retrospect, the introduction of the “one-child policy” in 1980 was regarded as one of history’s biggest experiments in state-enforced social engineering. It was an attempt to stem the forbidding growth in population. As in several other spheres of public policy, the post-Mao generation is seemingly intent on trimming its sails to the winds of change. It is pretty obvious that Thursday’s signal of intent by the present dispensation is in response to the pitfalls of the law that has hitherto been in force. Indeed, the fallout has been so distressing as to make a course correction urgently imperative. There have, over the past three decades and more, been millions of forced abortions as the country had to countenance a quirky scenario – the combination of a rapidly ageing population, an increasingly restricted source of labour, and an imbalance in the sex ratio. A recent UN report on ageing populations revealed that while China is the world’s most populous nation, the decline in birth-rates since the 1990s means its population is also ageing faster than many other developing nations. By 2050, China will have nearly 440 million over-60, according to UN estimates.

The government has responded to certain critical demographic trends. It is a measure of the demographic uncertainty that Mr Xi’s regime is anxious to introduce the “two-child policy” as early as the end of 2015. Ergo, the period between 1980 and the present day represents a critical case-study in terms of Communist China’s ideological, political, economic, and what today’s economists would call social choice theory. A re-defined population policy appears to be the outcome of the first three processes of the country’s history with demographers of the Shanghai Academy of Social Science arguing that the policy should have been abolished “long ago”. In a faint echo of the political upheaval in the Arab world, the Internet, however restricted in China, has been able to galvanise public opposition to the law, even arguing that the number of children has an important bearing on human rights and reproductive freedom. The policy transformation will be an abiding legacy of the forces of change that Mr Xi personifies.