American Indian presidential contender! No, Kamala Harris, we should not legalize prostitution 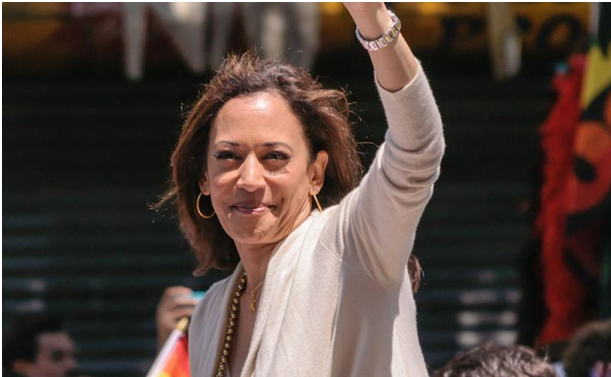 Senator Kamala Harris thinks that prostitution should be legal.

Note: Fortunately, the headline has taken the sting out of the suspense in readers’ minds, whether, we are promoting or opposing  what Kamala Harris sugggests. We are doing neither, but publishing it solely for academic interest, that is, to fill the gap between the popular belief and what the scientific community thinks and is convinced of. The researchers are far ahead of what we think and approve of.

For example can you think of Ireland, believed to be more Catholic than the Pope approve of homosexual marriages? But the country did it last  year through a plebiscite. Here in India Supreme Court  recently ruled that, if my memory is correct, that a husband canot move court to annul marriage due to infidelity, if the act was done by mutual consent; the same right was given to the wife also, to uphold the principle of equality in gender justice.

Information,  knowledge and researched finding are growing much faster than, what we can catch up with. So it is said, by the time a book is published, its contents become out of date, all passé. Of course all do not have the time and opportunity to read the latest and be up to date. It is here that every one of us try to becomes both a teacher and a disciple to every one else.

Even in India we have “Red light” streets in big cities, but not permitted in villages or small towns. Some time ago we published photos of posh massage parlors in the Vatican, where priests change over and put on their cassock. It is for nothing that Rome is also called the “Whore of Babyon”, only that is not the whole truth; there is also a lot of heavenly things happening there under an a heavenly and exemplary   Pope Francis.

Read the following article in which Scott Yenor, details the views, pros and cons, of prostitution. One point she highlights is that in prostitution if relationship happens on mutual consent it is okay. Read to learn more about the topic. james kottoor, editor ccv.

Please read below Scott’s report on Kamala Haris on Prostitution!

Prostitution, the California Democrat said in a recent interview with The Root, is relations based on consent, and "when you are talking about consenting adults, I think that … we can't criminalize consensual behavior, as long as no one is being harmed."

Should a willing woman be able to sell access to her body for sex to a willing man? What if the woman is not willing — for example, if she has been bought or sold through sex trafficking? Harris says such women haven't consented. Nobody "who hurts another human being or profits off of their exploitation should be … free of criminal prosecution," the senator said.

But this distinction between the legal and illegal would be difficult in practice to police. With more prostitution, one gets more exploitation.A young girl, shunned in her hometown, may come to the big city, friendless, and have few places to turn for good work. She finds an "adult entertainment consultant" — what we used to call a pimp — and he "hires" her on.

Is the exploitation of this lonely, vulnerable young girl criminal? Would the exploitation be OK if the "consultant" didn't profit too much? Harris' position appeals to a deeply held principle; namely, that all relationships are permissible so long as they are founded on consent and do not harm others. Through appeal to this principle (and a particular notion of harm), American judges have decriminalized pornography and rendered constitutional same-sex marriage.

Some states have similarly decriminalized marijuana through appeal to this principle recently. A more complete acceptance of this principle could bring bigamy, polygamy, public nudity, and adult incest to America. Americans cannot abandon the principle of consent, and yet, at the same time, we need a serious consideration of what makes a practice harmful.

Liberals like Harris are notoriously selective in applying notions of what constitutes harm.The widespread availability of pornography affects the minds, affections, and sensibilities of many Americans and compromises their ability to form lasting, affectionate relationships. Liberals insist that's not a harm.

People who use marijuana on a daily basis are more prone to commit acts of violence and are more subject to mental illness. Liberals insist that's not a harm. However, suggesting that men shouldn't compete in women's sports is "hate speech" that harms the dignity of a transgender athlete. That is a harm to liberals.

"Harm" must not be a weapon wielded for political convenience. The public must worry about harms done to the broader moral atmosphere, in which people can form marital bonds and maintain them.Part of what makes a country livable and decent over the long term is laws that support public morality, like laws against prostitution.

Legalizing prostitution would destigmatize men paying for sex. Yet, our notions of honor and shame are partly shaped by our laws. When more people do something, it's less likely to be seen as shameful, and it becomes acceptable. This destigmatizing would make it easier for people to engage in such transactions, and more would do it. More women might do it for a living, especially "on the side," when they are young and need the money. More men would avail themselves of prostitutes for a variety of reasons — fraternity parties or even Super Bowl parties, for example.

Contrary to conventional wisdom, what happens between consenting adults doesn't only affect them. It reverberates throughout the culture.Sexual desire is partly shaped by society's images of what is good. Prostitution, if seen as a good, would lead men to be less faithful and compromise the place of fidelity in marriage — one of the attributes of marriage Americans continue to see as central to it.

Legalizing prostitution also would further detach sex from enduring relations in the minds and affections of the populace.Perhaps neither the prostitute nor her customer is harmed, in the narrow sense, by a sexual transaction. Men and women are harmed, however, when sex is seen as something to be bought and sold, rather than something connected to intimate, affectionate, and possibly enduring relations.

So many innovations — from the college hook-up culture to easily accessed pornography — have disrupted the effort to maintain the connection of sex and enduring relations.Legalizing prostitution would complicate efforts for restoring that and only accelerate family decline. Harris should take a longer, deeper view on what makes for a harm.