VISIONS & ASPIRATIONS OF THE INDIAN CATHOLIC FORUM: AN OPEN LETTER TO NUNCIO 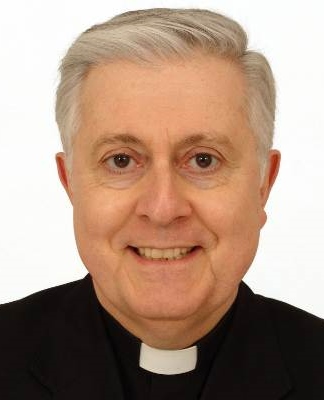 Greetings on the eve of the holy season of Lent. At the outset I express my gratitude to you for the action taken by you on my previous two letters; regarding the bishop of Kadapa, and the staying of the transfer of 5 nun witnesses in the Franco Mulakkal case.

Last month a group of concerned Catholics (clergy, religious and laity) from across the country came together for a three day National Consultation on “We Too Are Church”. The report of the same is attached herewith for your kind perusal. The participants, among other things, decided to constitute themselves into the Indian Catholic Forum, in order to take forward the vision and aspirations of the Consultation.

As its Convenor I have been tasked with drawing your kind attention to the following concerns expressed therein:

1.  It was generally felt that 54 years after Vatican II its far reaching attitudinal changes have been limited to cosmetic changes in the liturgy and clerical dress, with a limited degree of becoming a participatory church.

2.  It is therefore respectfully prayed that you use your good offices with the bishops of India to ensure the following:

a.  That the wished for renewal and reform of the Church according to Vatican II be implemented in both letter and spirit.

b.  That every effort be made for a collaborative and participatory church, especially with the laity, which the “Dogmatic Constitution of the Church” refers to as the “brothers of Jesus”. This should be primarily through the establishment and proper functioning of Diocesan and Parish Pastoral Councils.

c. That there be transparency and accountability in the public dealings of the church, through establishment of properly constituted Diocesan and Parish Finance Committees, as provided for in Canon Law.

d. That the laity be encouraged to perform their specific role in secular and temporal affairs by actively collaborating in the establishment and functioning of Catholic Associations, as provided for in Canon Law.

3.  The recent gathering of bishops in Rome asked for protection of vulnerable sections like women and children, in the light of several clerical sexual abuse scandals that have afflicted the church worldwide. It is therefore prayed that concrete steps be taken in India to protect such vulnerable sections; and for immediate legal redress and ecclesial action in prima facie cases of clerical sexual abuse.

4.  Pope Francis has been repeatedly saying that “clericalism” is a scourge in the church. We too strongly feel the same, and request you to direct the bishops of India to take remedial steps to eradicate this scourge; beginning with the choice of candidates to the priesthood, and seminary formation.

5.  Pope Francis has also been leading by example in living a simple life, staying in a two-room guest house, using a small car, carrying his own briefcase and umbrella. There is little or no evidence of this exemplary lifestyle percolating down to the bishops and clergy of India, who continue to live a “lordly” life, with ostentatious celebrations of ordinations, inaugurations and jubilees. Such ostentation should be curtailed immediately. The medieval European custom of titular greetings like “Eminence, Grace, Lordship etc” and the kissing of rings should be abolished forthwith. Likewise the laity should also be exhorted to keep celebrations of First Holy Communion, Confirmation and marriages as simple as possible.

6.  For several years there have been calls for the establishment of Arbitration Boards in the dioceses and institutions, for grievance redressal and conciliation of contentious issues. Such Boards should now be made mandatory in all dioceses, with adequate representation of competent lay persons.

7.  The National Consultation was unanimous in its call for the convening of Vatican III, as much water has flown down the river Tiber, and many situations have changed or evolved drastically since the conclusion of Vatican II, 54 years ago. This council again should have adequate representation of competent laity, clergy and religious.

We once again thank you for taking cognizance of our earlier appeals to you, and feel confident that you will convey our legitimate concerns to our beloved Pope Francis, as also to the bishops of India.