Note: Given below is a very innovative article in today's Times of India, from Derek O'Brien, who is the Leader of the Trinamool Congress in the Rajya Sabha.

He suggested the use of social media to crowd-source issues and questions from the public that can be raised in Parliament. May I suggest to him to raise the issue of politicians defecting from the parties on whose ticket they got elected to other parties, certainly not from an urge to serve the people better? Basically I want him to take up the issue of plain and simple POACHING! The question is who will bell the cat?😂

Along with others in the opposition, who value ethics (do we have a semblance of this?), Derek blessed with a wonderful gift of the gab, can press for a change in the existing law to stall such smooth crossing over to power, at the cost of the Electorate. Any disgruntled/ dissenting MP or MLA may resign from his / her post, but has to serve a cooling period of 3-5 years, contest fresh election to become an MP/MLA. Overnight switchover to another party is just not done. If this continues, politicians will be taking the gullible voter for a ride.

There should also be a commensurate reflection (decrease) in the perquisites of the switchover-happy MP/MLA. Isaac Gomes, Associate Editor, Church Citizens' Voice. 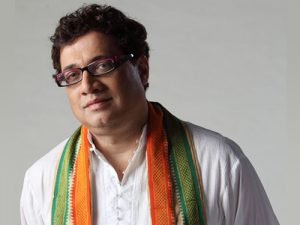 Less than a year into the BJP government’s second term, even veteran opposition MPs are learning new lessons about Parliament. A bigger majority has only made the governing party more arrogant and the government less tolerant of genuine debate and discussion. In fact, there seems to be a systemic plan to make Parliament irrelevant.

Important subjects are not discussed. Requests from the opposition to debate key events, events of national relevance, are denied or delayed. Bills are sprung upon the Lok Sabha or the Rajya Sabha and passed hurriedly. An atmosphere is built inside and outside the House – using certain media networks – to suggest that opposing such legislation, or even seeking a sober discussion, is somehow anti-national.

Camera angles have been changed in Parliament so as not to focus on disruptions. This is a clever move, because much of the disruption these days is undertaken by the Treasury benches. They are bullying the opposition, but with the cameras tilted it is not easy for somebody outside the House to immediately realise that.

Obviously all this is frustrating for the opposition, and the search is on for a solution. The solution does not lie in further disruption, in snatching and tearing up papers from the Speaker’s desk, publicly challenging the presiding officers or, as has happened in the past, using pepper spray canisters. All this just plays into the BJP’s hands and allows it to claim a spurious moral superiority. The solution lies in being innovative in Parliament.

Such innovations are not unknown internationally. Some years ago, the government of Poland signed the highly controversial Anti-Counterfeiting Trade Agreement, the European Union’s online piracy legislation. There were widespread protests in Poland. About 30 MPs were part of a silent but visually telling protest in Parliament. They held up paper replicas of the Guy Fawkes mask, made famous by the Anonymous hacktivist group and separately by the “Occupy” movement.

In 2018, as President Donald Trump delivered his State of the Union address, Democrat Congresswomen wore black in solidarity with the #MeToo movement. In India, something similar happened earlier this year, during the President’s Address to the joint sitting of the Lok Sabha and Rajya Sabha. Some MPs resorted to a dignified but effective protest. They wore white – kurtas or shirts – with the simple slogan emblazoned in red: “No to CAA; No to NRC”.

Opposition protests in India during parliamentary sessions have followed two templates – raising issues and at a pinch rushing to the Well of the House; or gathering at the meditative Mahatma Gandhi statue in the Parliament Complex at 10.30 in the morning, half an hour before the two Houses met, carrying posters and raising slogans.

There are clear limitations to both such approaches. In the House, the government is using its brute majority and capture of the chair to nullify opposition attempts. The gathering of opposition MPs at the Gandhi statue, usually a precursor to raising an important matter in the House 30 minutes later, is also not as novel as it once was.

As such, in the past six months, the opposition has become more innovative. On Constitution Day, November 26, 2019 – the 70th anniversary of the adoption of the Constitution – the opposition decided to boycott the prime minister’s address to the joint sitting of the two Houses. This decision was taken with some thought. True, it was a solemn occasion. Yet, it was a joke that the prime minister would pay lip service to the Constitution while his government pushed through legislation such as the Citizenship (Amendment) Act, which violated the spirit of the Constitution, and as his party tried to form a government in Maharashtra without enough MLAs.

We, the opposition, had to do something that made a point but upheld the dignity of the Constitution. Opposition MPs gathered near the statue of Babasaheb BR Ambedkar, who headed the Drafting Committee of the Constituent Assembly. They did not raise divisive slogans; they simply read out the Preamble – the embodiment and the essence of our Constitution.

The Preamble was read out in English and several Indian languages. This gave the impression of every Indian coming together, and of the federalism inherent in the opposition’s efforts. All of us who were there that day were enveloped in a warm emotionalism. We left with a sense of satisfaction and with a silent tribute to Ambedkar and the other giants of his generation. An idea thought up by MPs was appreciated in the media and inspired many citizens, including college students, to read the Preamble at public protests.

I delivered a 10-minute speech just a few days ago, last Saturday, on the Delhi riots in the corridor of Parliament. I felt I had no choice. For five successive days, the opposition parties had served notices demanding a discussion on the killings in the capital – but the chair had not permitted it. It was very disappointing; the issue was raw and current, my speech was drafted, I had the right to have my say. Finally, I did.