Where is democracy without free speech? 66A’s rebirth: A Kerala law, takes the ordinance route 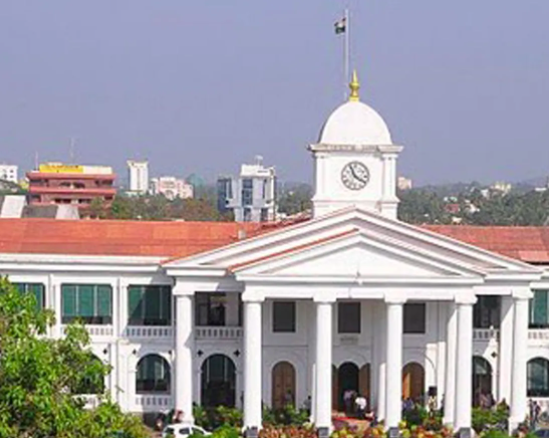 We are a country where a person like Lal Bahadoor Sastri, the second PM of India resigned because of a tragic train accident, under his watch,when he was Railway Minister!

Now compare it what is happening under Pinariyi Vijayan and Chief secretary Kodiyeri, where their children or conscience keeprs run riot and flout all rules to make the state drown in Corruption!

And think of the universally accepted rule of Voltaire, the French thinker on free speech: “I will go to death to defend your right to say or write your convictions, even if I may not agree one bit with what you say!”

Where is democracy without free speech and criticis? Against this context judge the LDF government in Kerala. james kottoor, editor ccv.

Please read below the TOI editorial!

A Kerala government ordinance to curb online abuse fits the pattern of governments arming themselves with more powers to crack down on dissent. The state’s Left government has cited rising complaints of cyber bullying of women and children and failure to restrain accused persons under existing provisions.

The claim of statutory vacuum is unfounded: Ample provisions in the IPC and POCSO Act exist to tackle these abuses. The law’s phrasing leaves little doubt that apart from lip service to punishing abusive behaviour, it also offers a handy tool to silence critics.

Anyone who expresses, publishes or disseminates “false” views that threaten, abuse, humiliate or defames another person or class of persons causing “injury to the mind, reputation or property” faces a three-year jail term. The news media, which reports on government functioning, official irregularities or political developments is rendered particularly vulnerable by such widely defined and subjective provisions.

Recall that Section 66A of the Information Technology Act, which had criminalised “offensive communication causing annoyance, inconvenience, danger, obstruction, insult, injury” etc, led to several ordinary citizens being jailed for dissent before the Supreme Court struck it down.

Notice how 66A and the Kerala law are couched in similar language. The latter allows a police officer to register an FIR, begin a probe and make arrests even on grounds like someone being humiliated or defamed or faced “injury to the mind or reputation”.

This is draconian, far exceeding the IPC provision on criminal defamation, which puts the onus for lodging complaints on a defamed victim, not police. Even for serious offences the ordinance is superfluous: IPC provisions for criminal intimidation, stalking and sexual harassment adequately deal with “threatening and abusive” behaviour.

This penchant for legislating new laws while neglecting existing ones is a peculiar Indian trait. The solution for police failure to address vicious cyberbullying or cyberstalking is to improve responsiveness and technological capabilities.

The LDF government’s shrinking political capital amid multiple central agency probes and inability to control the media narrative may explain the timing. Assent from the governor, a central appointee, is evidence that neither Left nor Right have much patience for dissent or parliamentary scrutiny.

Both the Left and Right ends of the political spectrum are squeezing constitutional liberties in the middle. Netas, please spare a thought for harried citizens, increasingly getting boxed between sedition-like laws or statist paternalism to save them from non-existent “love jihad”.(This piece appeared as an editorial opinion in the print edition of The Times of India.)