Vote in Honest candidates, no honest party to choose! An election that will shape India 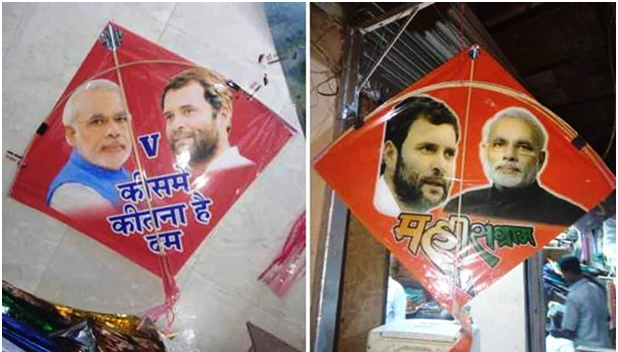 It is time to ask India’s political parties what they have in mind to steer the country through some big transitions.

Cover photo: Elections are an opportunity to find the answers to big questions, educate the public as well as seek their legitimacy for policy.(PTI)

Note:  You the VOTER, yes you alone decide the shape, direction and agenda of your government, because  Government is your business,  “we the people are the masters, and politicians the servants we choose and appoint to work for our common good.”

So vote for and choose only ‘honest and service minded candidates’ and don’t vote for any of the upteen PARTIES with colourful colours, they keep changing their colours like the chameleons. The truth is there are no HONEST  parties. But there are honest politicians in every party.

Vote in GOOD or don’t Vote!

In case all candidates  you are given to choose from are all from a party with a black flag, vote for the whitest, the most honest among them. At least, you will be helping to make that party fair slowly. If none tolerable, vote: NOTA. Better, not to vote in a CRIMINAL than to vote as a routine duty.

India is a land of “Plough to Plate!” Produce or starve! In the past we over produced and exported, now we are sliding back. The election defeat for BJP in the Hindi belt was a warning for politicians to reset their priorities.

Now it is time for political campaigning, for each party to sell their policies, if they have thought out any? Even when parties make attractive policies, we know from experience from the last five years that policies are made for parties to run on and not to stay one.

Is there any better war cry than “Sub ka vikas, sab ka sat”, “Million Jobs a Year”,  “RS. 16 Lakh black money brought from abroad deposited in each account”,  “Make in India”, “Swatch Bharath”. Only one has to know that  you can fool some people some time, some where, not all people, all time every where!

So let political parties don’t try  to win elections by hook or crook, but by  enlightening speech and behavior,  appealing to reason and not passion. james kottoor, editor CCV.

Please read below the editorial in the Hindustan Times

Each general election is important. It determines who will govern the State, exercise executive power, shape the legislative agenda and, through all of it, have an impact on the lives of all citizens.

But some elections are perhaps more critical than others. With the Election Commission announcing dates for the 17th Lok Sabha elections, this is perhaps one of them. And that is not because of the nature of the contestants in the fray, but because of the position India finds itself in. The country is at the cusp of multiple transitions and the next regime will have the challenging task of navigating us through it. And that is why it is time for both parties and voters to step back and recognise what is at stake.

India is in the middle of an economic transition. While the contribution of agriculture to the GDP has steadily declined, the number of people engaged in agriculture remains disproportionately high. The contribution of services to GDP is steadily increasing, but the number of people it absorbs is not enough, given the scale of the Indian work force. And manufacturing has remained a weak point.

So the first big task for the next government will be managing this transition better: improving agricultural incomes; smoothening the transition out of it; creating jobs in manufacturing; continuing to sustain the services momentum; and all through improving the social safety net through welfare for the poorest citizens.

India is in the middle of a geographical transition. People are rapidly moving out of rural to urban areas, with a range of smaller towns proliferating. Our cities and towns lack the infrastructure to cope with this shift. India is confronting a geopolitical transition. The old international order is crumbling, with the retreat of the US; a new order is coming to life, with the rise of China, but its contours are not clear. This presents both an opportunity and a threat. India is also in the middle of a democratic transition.

Older institutions confront a crisis of credibility and legitimacy but the solution lies in strengthening, not replacing them. The balance between efficiency and accountability is a work in progress. There are similarly other transitions — in the realm of energy, social values, technology and media — that will have a wide-ranging impact on the way State is governed.

Arithmetic, alliances, campaign blitz of leaders, issues of identity and political polemics will capture the headlines in the next 60 days. It is time to ask India’s political parties what they have in mind to steer the country through the big transitions. This should be the barometer for judging who governs the country for the next five years. And that is why it is important that parties pledge to keep the nature of the conversation informed and civil.

All contestants must pledge to avoid hate speech, inflame passions, and instead tell citizens their road map for a better India. Elections are an opportunity to find the answers to big questions, educate the public as well as seek their legitimacy for policy. We call on all stakeholders to raise the bar and strive to make the 2019 election one which does this.