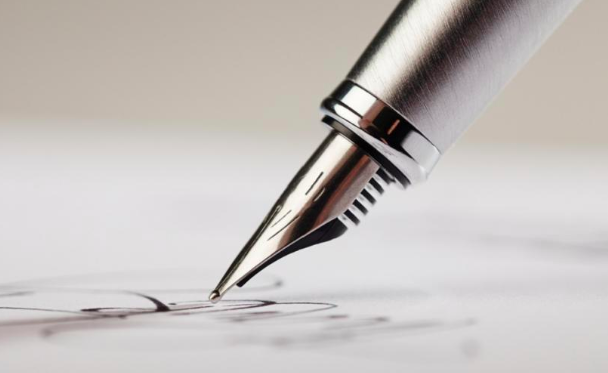 Academic Freedom, Catholic, John Paul II Institute,  José  Noriega, Livio Melina, Pierangelo Sequeri, Pope Francis, Robert George, Scott Hahn, Vincenzo Paglia Apparently the John Paul II Pontifical Theological Institute for Marriage and Family Sciences, was suppressed too abruptly. Besides it was done without giving reasons, not even minimum explanation. At least we have not heard anything of the kind. This has happened at the highest levels of Church hierarchy, as though at the behest of Pope himself. As we reported it in CCV, last week the Institute is some 40 years old and spread all over the world, with so many studying for various degrees, and new applicants were rushing to get admission to this prestigious institute. The undersigned complainants are 181 professors and researchers from various academic institutions throughout the world. Revoke and Reinstate

What they ask for is revocation of the decision to disband, to fire en mass, the whole staff and to reinstate all of them, naming especially Professors Livio Melina and José Noriega, which highlights the seriousness of the issue. Is it going to be a confrontation between the just demands of the employed and unjust actions of employers, who being the preachers and assumed practioners of ideal morality for the whole world, are above any questioning? Academic Freedoms At issue here are ruthless suppression of intellectual and academic
freedoms, that too using underhanded methods. What all look forward to is an amicable resolution of issues to every one’s satisfaction, since a much loved Pope Francis is at the helm steering the bark of Peter. james kottoor, editor CCV.

Please read below  the demand of 200 fired Professors September 3, 2019 ( LifeSiteNews ) ― Almost 200 scholars have signed an open letter to the leaders of the John Paul II Pontifical Theological Institute for Marriage and Family Sciences, protesting the removal of two senior faculty members. In the short August 20 letter, addressed to Archbishop

Vincenzo Paglia, the grand chancellor of the institute, and Monsignor Pierangelo Sequeri, its president, the academicians ask for the reinstatement of professors Monsignor Livio Melina and Fr. José Noriega. “We have learned with great concern that Professors Livio Melina and José Noriega have been deprived of their tenured positions,” the scholars wrote. “We do not see any convincing reason, whether of a scientific-academic nature or of a doctrinal or disciplinary nature, that would justify their removal from their positions,” they continued. “So that your Institute may maintain its high academic profile and its international prestige, we implore you to revoke this decision and to reinstate the aforementioned scholars into a tenured teaching position at your Institute.”

Melina and Noriega were effectively fired from the John Paul II Institute in July when their chairs (positions) were eliminated. Melina had been a tenured professor of fundamental moral theology at the institute since 1991, and in 2006, he was nominated the president of the institute by Benedict XVI. The then-pontiff reconfirmed Melina in the position in 2010. In 2016, Pope Francis chose Sequeri as Melina’s successor. Fr. Noriega had been a tenured professor of special moral theology at the institute, where he had taken his doctorate, since 2008. The professors’ dismissals were only two of a number of changes to the institute that caught both its faculty and students off guard. The entire faculty was temporarily
suspended, some lecturers ― including personal friends of St. John Paul II ― were dismissed, and the students discovered that some of the courses for which they had signed up in June would not be offered after all.

David Mulroney, a former president of the University of St. Michael’s College in Toronto, is one of the letter’s signatories. He told LifeSiteNews that what is happening at the John Paul II Institute “should worry all Catholics.” “What we’re seeing is an attempt to undermine a significant part of Saint John Paul II’s legacy, namely his dedication to a faithful and intellectually rigorous understanding of the sanctity of human life and the centrality of the family in human society,” he said via email. “My experience at a Catholic University taught me that those who seek to undermine an institution’s Catholic identity often display two tendencies that, at first blush, seem mutually exclusive: a public show of support for academic and intellectual freedom, coupled with the ruthless suppression of such freedom by underhanded methods,” he continued.“We need to shine a bright light on what’s
happening at the JPII Institute.” Other signatories included renowned apologist Scott W.
Hahn, a professor at the Franciscan University of Steubenville; Robert P. George of Princeton University; theologian C.C. Pecknold of the Catholic University of America; and the celebrated Christian ethicist Stanley Hauerwas of Duke Divinity School.

The Franciscan University of Steubenville was particularly well represented among the signatories.

Open letter to Msgr. Paglia and Msgr. Sequeri Open letter to His Excellency, Archbishop Vincenzo Paglia, Grand Chancellor of the Pontifical John Paul II Theological Institute for the
Sciences of Marriage and the Family, and to Msgr. Pierangelo Sequeri, President of the Institute.

20 August 2019
Your Excellency, Msgr. Paglia, Rev. Msgr. Sequeri,
We, the undersigned, professors and researchers from various academic institutions throughout the world, have learned with great concern that Professors Livio Melina and José Noriega have been deprived of their tenured positions.
We do not see any convincing reason, whether of a scientific-academic nature or of a doctrinal or disciplinary nature, that would justify their removal from their positions. So that your Institute may maintain its high academic profile and its international prestige, we implore you to revoke this decision and to
reinstate the aforementioned scholars into a tenured teaching position at your Institute.
With kindest regards,