Who will win Bihar?  (News about noose around parties!) 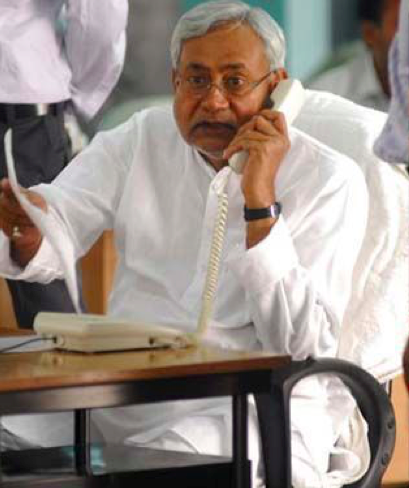 Exit polls are split down the middle.  Deccan Chronicle with agency inputs | November 05, 2015,

Patna: Bihar has been closely and bitterly fought this last month and several exit polls are now trying to gauge who will rule it for the next five years. The News 24-Today's Chanakya poll is keeping the NDA ahead with a clear majority of 155 seats. It gives the mahagathbandhan or the Grand Alliance of the JD(U), RJD and Congress 83 seats and other parties three.

The India Today-Cicero poll also says it is advantage BJP with the NDA winning 120 of Bihar’s 243 seats and 117 for the Grand Alliance.

The Times Now-CVoter poll predicts the mahagathbandhan is slightly ahead of Prime Minister Narendra Modi’s NDA. The NDA, according to this poll will get 111 seats with a vote share of 41 per cent. The Grand Alliance is set to win 122 seats, exactly the number needed for a simple majority, with a vote share of 42 per cent. There has been a 12 per cent swing in vote share in favour of the Grand Alliance which has helped it win 71 seats, the poll predicts.

The NewsX-ABP Nielsen poll bats heavily for the Nitish-Lalu alliance, giving it 130 to 140 seats. It predicts 90 to 100 seats for NDA and up to 23 for other parties.

A good show in Bihar will help Narendra Modi build his party's strength in the Rajya Sabha, where its lack of a majority has allowed the Opposition to block economic reforms he sees as vital for jobs and growth.Members of the Rajya Sabha are selected according to parties' strength in state assemblies.

The Bihar election is a contest between a BJP-led alliance and a coalition of JD(U), RJD and Congress called the Mahagathbandhan or the Grand Alliance. Any coalition needs 122 seats out of 243 in Bihar's Assembly for a simple majority.

Polling was held in five phases between October 12 and November 5. The counting will take place on November 8.The state witnessed increased voter turnout in all five phases of polling. In the first phase, voter turnout was 57 per cent, in the second 54.82 per cent, third phase 53.85 per cent, four phases witnessed 57.59 per cent polling and in fifth phase was 59.46 per cent.