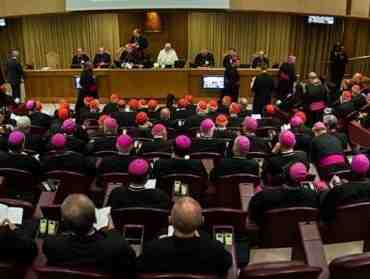 Vatican City: The Vatican announced Thursday that Pope Francis’ highly anticipated post-synodal apostolic exhortation on the gifts and challenges of family life will be published April 8.

Titled “Amoris Laetitia,” on love in the family, the document will officially be presented to journalists next Friday, April 8, in Italian, French, English, German, Spanish and Portuguese.

Speakers presenting the exhortation will include Cardinal Lorenzo Baldisseri, general secretary of the Synod of Bishops and Cardinal Christoph Schönborn, O.P., Archbishop of Vienna.

The apostolic exhortation is the conclusion of a two-year synod process discussing both the beauty and challenges of family life today, Catholic News Agency reported.

In 2014 the Vatican hosted an Extraordinary Synod which was in preparation for the October 2015 Ordinary Synod. An estimated 190 bishops from around the world participated in each gathering.

The 2015 synod, which the Pope’s exhortation is expected to focus on, was themed “the vocation and mission of the family in the church and the modern world.”

Both synods were marked by controversy, particularly regarding the hot-button topics of ministry to homosexuals and the divorced-and-remarried, which dominated the majority of media coverage.

Discussion in the synod hall, however, also touched on a variety of issues such as marriage preparation, pornography, and domestic violence and abuse.

Francis’ exhortation is expected to be based largely on the final report from the synod, which was released Oct. 24. That report reflected collegiality among the bishops, though two of the 94 paragraphs were included by only a slim margin.

Rumors have consistently circulated as to what the Pope will say regarding the issues of communion and homosexuality.

However, in a recent book-length interview with Italian journalist Andrea Tornielli titled “The Name of God is Mercy,” Francis dropped a few hints that there will be no eyebrow raisers, and that not much will change in terms of Church teaching and current pastoral practice.