Op-Ed: Why America’s record godlessness is good news for the nation 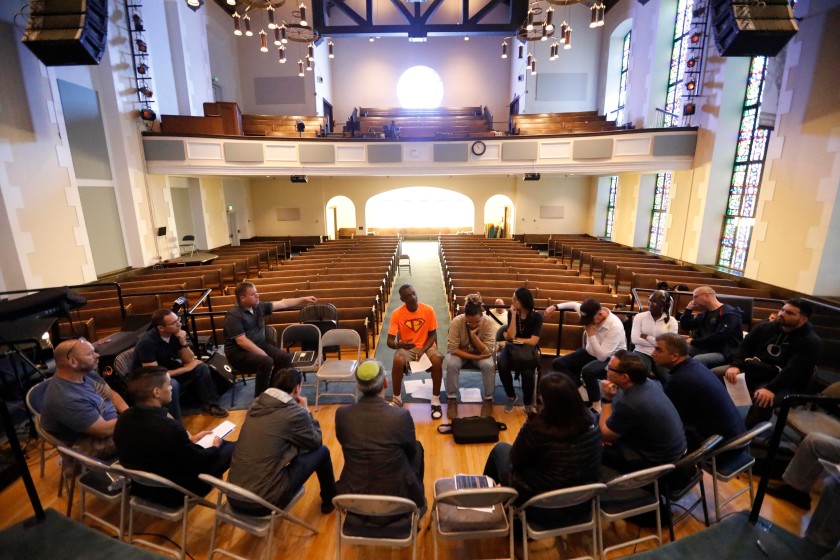 The post below published in Los Angeles Times has been highly recommended by Mr Varghese Pamplanil who is an erudite writer and critique, for CCV readers.  It is hoped they will find it very enlightening.  Though the Gallup Report findings are US-specific but they may in near future apply to India (and several other Asian countries as well), notwithstanding the seemingly unstoppable NDA juggernaut which tries to thrive on Temple and Statue Politics instead of the plank of pure Socio-economic Development.  It is to be seen whether with increasing albeit slow spread of education and women empowerment, religion and casteism will still hold a sway on the lives of 1.3 billion people of India. The video link given below could be one of the ways we can be secular by bringing our governments on track.  Isaac Gomes, Associate Editor, Church Citizens' Voice.

The secularization of U.S. society — the waning of religious faith, practice and affiliation — is continuing at a dramatic and historically unprecedented pace. While many may consider such a development as cause for concern, such a worry is not warranted. This increasing godlessness in America is actually a good thing, to be welcomed and embraced.

Democratic societies that have experienced the greatest degrees of secularization are among the healthiest, wealthiest and safest in the world, enjoying relatively low rates of violent crime and high degrees of well-being and happiness. Clearly, a rapid loss of religion does not result in societal ruin.

For the first time since Gallup began tracking the numbers in 1937, Americans who are members of a church, synagogue or mosque are not in the majority, according to a Gallup report released this week. Compare today’s 47% to 1945, when more than 75% of Americans belonged to a religious congregation.

This decline in religious affiliation aligns closely with many similar secularizing trends. For example, in the early 1970s, only one in 20 Americans claimed “none” as their religion, but today it is closer to one in three. Over this same time period, weekly church attendance has decreased, and the percentage of Americans who never attend religious services has increased from 9% to 30%.

In 1976, nearly 40% of Americans said they believed that the Bible was the actual word of God, to be taken literally. Today only about a quarter of Americans believe that, with slightly more decreeing the Bible is simply a collection of fables, history and morality tales written by men. And the percentage of Americans who confidently believe in God’s existence, without a doubt, has declined from 63% in 1990 to 53% today.

Fears that this rise of irreligion might result in the deterioration of our nation’s moral fiber — and threaten our liberties and freedoms — are understandable. Such concerns are not without historical merit: The former Soviet Union was a communist country deeply rooted in atheism and was one of the most corrupt, bloody regimes of the 20th century. Other atheistic authoritarian regimes, such as the former Albania and Cambodia, were equally crooked and vicious.

But here’s the thing — they were all godless dictatorships that tried to forcibly destroy religion by persecuting the faithful, actively oppressing religious institutions, and making a demagogic cult out of their thuggish rulers. Such coercive secularization is, indeed, something to dread.

However, there is another, alternative kind of secularization, one that emerges organically, amid free and open societies where human rights, including religious freedom, are upheld and respected. Many societies qualify for this label — including those in Japan, Scandinavia, the United Kingdom, the Czech Republic, Australia, Canada and Uruguay, among many others. In these places, religion is not actively repressed, nor do governments promote secularization. And yet, it occurs simply because the people living in these societies lose interest in the whole religious enterprise.

Organic secularization can occur for many reasons. It happens when members of a society become better educated, more prosperous, and live safer, more secure and more peaceful lives; when societies experience increases in social isolation; when people have better healthcare; when more women hold paying jobs; when more people wait longer to get married and have kids. All of these, especially in combination, can decrease religiosity.

Another major factor is the ubiquity of the internet, which provides open windows to alternative worldviews and different cultures that can corrode religious conviction — and allows budding skeptics and nascent freethinkers to find, support and encourage one another.

In the United States, these factors are further compounded by strong backlashes against the religious right, the evangelical-Republican alliance, conservative religion’s anti-gay agenda and the Catholic Church’s sexual-abuse scandals. This has resulted in “the winds of secularization … swirling like never before,” Ryan P. Burge, a political scientist, recently said.

Fears of atheistic authoritarianism aside, some may worry about religious organizations fading away because they do so much good. They do engage in a tremendous amount of charitable work that includes holding food drives and setting up soup kitchens and homeless shelters. However, such welcomed charity is ultimately an altruistic response to symptoms, not a structural cure for root causes.

This is why highly secular democracies do a much better job of ameliorating homelessness and poverty by employing decidedly secular solutions, such as responding with rational social policies and wise economic strategies, and setting up more responsive institutions. Affordable housing and subsidized healthcare do a far better job of alleviating the suffering of the poor and the sick than faith-based charities.

Secularity is highly correlated with a host of moral orientations that will markedly improve our nation. For instance, secular people — when compared to their religious peers — are far more likely to understand and respect the scientific method, which results in their increased willingness to get vaccinated, for instance, and adhere to empirically grounded health recommendations, a rational orientation that saves lives. Secular people are also more supportive of sex education, which reduces unwanted pregnancies and sexually transmitted diseases.

Research shows that secular people are more likely to support women’s reproductive rights, universal healthcare, gay rights, environmental protections, death with dignity, gun safety legislation and treating drug abuse as a medical rather than criminal problem — all of which will serve to increase dignity, liberty and well-being in America.

The organic secularization we are experiencing in the United States is a progressive force for good, one that is associated with improved human rights, more protections for planet Earth and an increased sociocultural propensity to make this life as fair and just as we can — in the here and now — rather than in a heavenly reward that fewer and fewer of us believe in.

Phil Zuckerman is associate dean of Pitzer College and author of “Society Without God: What the Least Religious Nations Can Tell Us About Contentment.”