No sinners or saints, only big wonders to learn from! 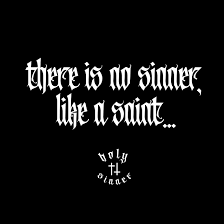 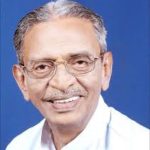 This is a commentary on many of the recent posts published in CCV by noted writers like TJS George in politics and Varghese Pamplanil in matters religious!
Though Politics is for public good in public domain and religion for private good to be kept in private domain, they overlap each other, both in developed and developing countries!

Let us start first with George’s recent article on failed and successful leaders. A failed leader is erased from public memory, even his good qualities; a successful leader instead is erased from all his failures and remembered for his
overwhelming good qualities, he says. If this is correct who were the successful leaders in India? They are Gandhiji, Nehru on the political front and on religious and moral front Tagore,Vivekanda and Narayana Guru. They are all indelibly etched in public memory.
Among the living Modiji seems to join the successful group. So his rule will be marked as “Modi’s Period” in history says George. But how can he be judged before he completes his term of office, which we don’t know when? The so-called public leaders of the past are not without their failures. In Modi’s case, his failures, they say, so far outnumber his successes! So he is not fit for judgment as yet! But he can still come up with some great achievement!

So what is needed for public memory is to have more plus points than minus ones in life. Strikingly it also means there is none in history, who has plus points only. This makes all of us equal, all with big or small defects, chips on our noses and so all with equal chance to become one with a perfect nose! Posssible? Past experience gives us an emphatic NO! Because it has never happened.
This then is an emphatic denial of the much acclaimed saying of Saint/Sinner, Augustine of Hippo: “God who created you without you will not save you, without you!” Doesn’t it make God dependent on you? What kind of God is he then? Together with it recall what Vivekananda said: “Never dare to call MAN the crown and glory of creation, a sinner! Here at stake is an all perfect God and a defective creation Man, both impossible to conceive. Where is basis for sin?

Equally, if man is the perfect product of an all perfect God, he cannot go wrong in the use of his only light of reason to follow his commanding convictions. That is what Vivekanda, Pope Francis and the official Catholic teaching say. Then where is place for sin, sinners and punishment in hell? All products of the wild imagination of money-hungry clerical class to fool the too pious to make money?
It is therefore clear mankind has to live by the light of his/her reason and will reach his/her destiny; there is neither heaven or hell to be saved or condemned. That is what is meant when Francis says all religions are willed by
God; yes ALL, all the so-called wicked and just are saved! If religion is for private personal use, there should be as many religions as there are people alive and act on their beliefs!

More important then is the question of the existence of a GOD, other than conscience of each individual, where he is supposed to dwell. This is the substance of the Song: “Iswarane Thedi” (In search of God)! Not finding him anywhere, in deserts, wilds or the vast ocean he finally looked into his own self, into his heart and soul where he found him dwelling in the form of LOVE,
saying: “His name is LOVE, his temple human heart!” Snehamanakila sara- Moozyil! (Love is the sum and substance of everything on earth!
This is also the substance of what Jesus is reported to have told the woman at Jacob’s well: “The time has come to worship God, neither on that mountain or this, neither in that temple or this, but in the Cave of one’s own heart in spirit and Truth! That God is everywhere in the form of an uncreated indestructible
force/energy sustaining all from within and without for the merry-go-round of this universe is also one of the scientific views! Besides Covid 19 has driven all types of gods from man-made temples!

This is the one conclusion the questioning mind of this writer has arrived at! There could be similar/dfferent conclusions arrived at by every individual alive.
That is what makes each rational human, totally different, therefore the GREATEST, BIGGEST WONDER in history!
(PS: As a post script it is recommended to read the latest Post: “Mea Culpa, Mea Culpa, Mea maxima culpa” by Varghese Pamplanil in the CCV.)