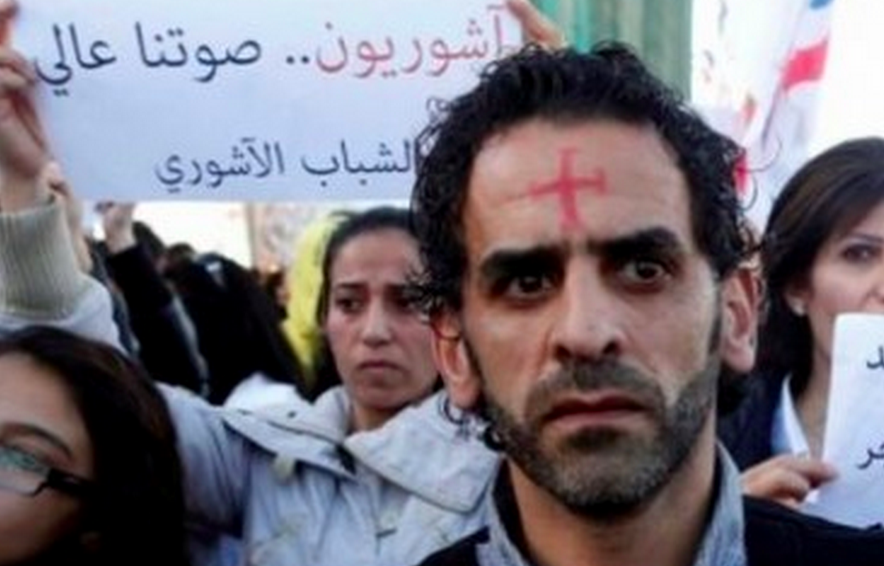 (Matters India) Dozens of kidnapped Arab Christians have been ransomed, tortured, beheaded and killed over the past year, including a priest who was chopped into pieces, in attempts to raise funds for radical Islamic terror groups and to strike fear into the hearts of Christians across the Middle East and throughout the world.

“Christians have become a form [of] currency in this tragedy,” John Newton told The Christian Post. Newton is spokesman for Catholic relief agency Aid to the Church in Need. “I know of one priest who was kidnapped for two months … they asked for a ransom of $120,000, which the family managed to raise and deliver. … But hours later, the priest was killed and his body cut up, with peices of him sent in a box to the family.”

The process of trying to free kidnapped priests poses a difficult challenge. In many cases, Christian organizations are left in the dark with little information on who the kidnappers are or where the victims are being held.

The Syriac-Orthodox and Greek-Orthodox Metropolitans of Aleppo, Archbishops Gregorios Yohanna Ibrahim and Boulos Yazigi, were kidnapped on the road between Aleppo and the Turkish border in April 2013. At the time they had been negotiating for the release of two other priests, Michael Kayyal and Maher Mahfouz, who were themselves kidnapped in February 2013. “No one knows who took the archbishops, nor what their fate was, but the two priests they were trying to free have since been executed,” eexplained Newton.

Catholic Franciscan Priest Dhiya Aziz is another clergyman who was kidnapped by armed men in the Idlib Province of Syria last month. He was released a few days later; however, the whereabouts of his companions, Catholic Priest Jacques Mourad and a colleague kidnapped with him, are still unknown.

In 2006, Catholic Priest Father Douglas Bazi was kidnapped by Islamists who struck his back, broke one of his legs, shot him, punched his teeth out, and deprived him of water for four days until a ransom was paid. He understands the trauma that many families have experienced and how stress and depression can deprive people of hope.

Sharing his testimony in a BBC documentary titled “Kill the Christians,” Douglas opened up his church grounds to refugees last year and created the Mar Elias Centre in Northern Iraq’s Ankawa where he cares for around 135 Christian families.

“We are Christian, so we are used to having our luggage always prepared. We always have to run away, escape from place to place,” he told the BBC.

Islamic State has openly proclaimed its plans to drive Christians out of the Arab world, prompting U.K. Prime Minister David Cameron to declare that Christianity is now the “most persecuted religion around the world” and that Britain should be “unashamed” in standing up for religious freedom, as reported by The Telegraph.

However, it is the vast majority of indigenous Christians in both Syria and Iraq, who can trace back their heritage to the very earliest centuries of the Church, who are suffering the most as they witness Islamic State’s plans to wipe Christians off the Middle Eastern map.

In Iraq, things are getting worse as each day passes. Before the Islamic State offensive against the Nineveh Plains in 2014, there were fewer than 300,000 Christians left in Iraq.

Since then, at least 120,000 Christians have been driven out of their homes with many leaving the country. Thousands had already been targeted by repeated waves of extremists’ attacks, which had driven them to the north, where they now live as refugees in their own country, according to a report by Aid to the Church in Need.

Islamic State has also routinely detroyed holy sites and torn down crosses, including the 4th century Christian Monastery of the Martyrs (Mar Behnam) in March of this year, forcing the resident monks to flee to surrounding villages, as reported by the Daily Mail. Close by, the monastery of Saint Matthew, which is one of the oldest on Earth, survived thanks to Kurdish fighters who were able to push back Islamic State fighters who are now only 4 miles away, as reported by CBS’ “60 Minutes.”

As for Syria, Newton said that around 700,000 Christians have fled so far. “There were only 1.75 million Christians before the war began, that means around 40 percent of Syria’s Christians have left,” he told CP. Ancient Christian communities found in cities like Malula – where residents still speak the language of Jesus –are dwindling. There are only a few hundred left from 3,000, following the al-Nusra attack on the city in September 2013.

In northern Iraq’s Kurdish capital Erbil, there are around 70,000 people living in temporary tents, rented rooms, or pre-fabricated units. Newton says that most of the Christian refugees in Erbil are reconciled to the fact that this will be there home, at least for the foreseeable future. “We’ve been working with the Chaldean Church to set up schools for refugee children, so they can continue their education,” he explains.

Christian workers on the ground say that most of the help being received by the Christian community in Erbil is coming from Christian charities, including both Catholic and Evangelical churches in the Middle East, America and across the world.

The UNHCR estimates that around 5.2 million people are now in urgent need of humanitarian and protection assistance due to ongoing violence and insecurity, as reported by CP.