Non-violence is the only way! 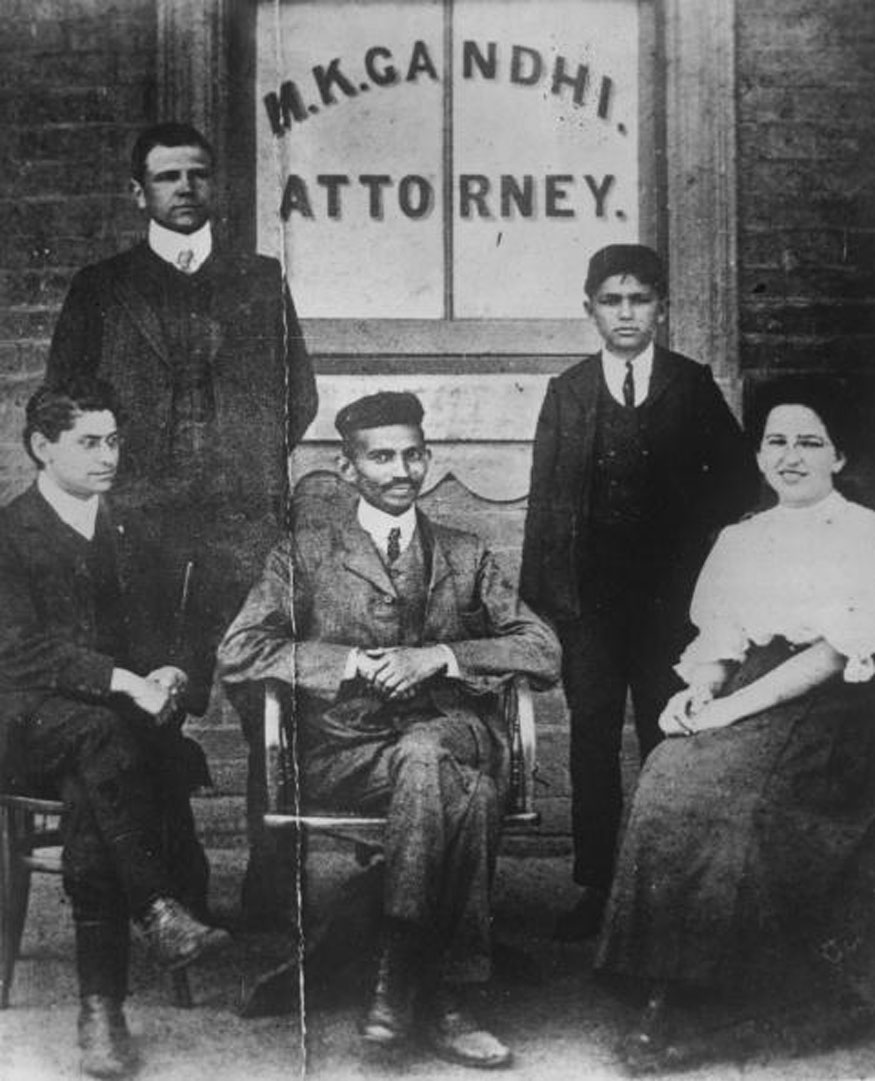 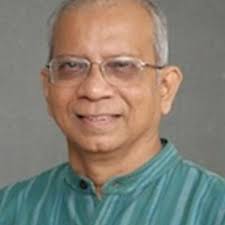 Cover image: Mahatma Gandhi when he was practising as an attorney in South Africa. He is seated in front of a window bearing his name, on the left is H S L Polak then his clerk. The woman is Miss Schlesin, a Russian. (Image: Getty Images)

We live in violent times! Society today is becoming more and more violent. This violence is augmented by the fact that those who are in power bless this violence and are even directly involved in it. The perpetrators of heinous deeds shroud themselves in cloaks of immunity and impunity. In a so-called civilized and modern world, violence has become the new normal, with an aura of sanctity and legitimacy. Facing the scourge of this violence are ordinary citizens: the poor, the marginalized, the excluded and other vulnerable people.

Attacking protesting farmers is violence! As India and the world observed the 150th birth anniversary of Mahatma Gandhi on 2 October, thousands of protesting farmers from Uttar Pradesh began arriving at outskirts of Delhi. There could not have been an uglier scene:  police brutally attacking and tear gassing the farmers who were demanding their legitimate rights. Ironically, it was also the ‘International Day of Non-violence’.

Farmers committing suicide is violence! Sadly, they have no choice! In the three month period (March to May 2018), 639 farmers have committed suicide in Maharashtra. These are official statistics of just one State. On 10th September, a successful ‘Bharat Bandh’ was called by the Opposition parties to highlight the woes of the common persons of India including the plight of farmers. That day also happened to be ‘World Suicide Prevention Day’; at least in one city, a group of ‘high society’ people mainly women held a rally to create ‘awareness’ about suicides. Little did they realise that joining the ‘bandh’ and highlighting the suicide of farmers would have given some credibility to their concern!

Arresting and intimidating human rights defenders is violence!  On 28 August, the Pune police raided the homes of several frontline activists like Vernon Gonsalves, Arun Ferreira, Gautam Navlakha, Sudha Bharadwaj, Jesuit Fr. Stan Swamy, Varavara Rao and his family members, Kranti Tekula and Naseem, Anand Teltumbde. Five of them Gonsalves, Ferreira, Navlakha, Rao and Bharadwaj were later arrested. Several other human rights defenders, like Teesta Setalvad, continue to be harassed and have false cases foisted on them. The ‘powers’ really feel threatened by those who uphold the rights enshrined in the Constitutions.

The Bhima Koregaon attack on Dalits is violence! The facts (including video evidence) is out there in the public domain. The police at once stage even filed cases against Hindutva leaders like Milind Ekbote (head of the Hindu Ekta Manch) and Sambhaji Bhide for instigating the violence on Dalits. However, Ekbote was released on bail soon after being arrested in March. Bhide has not yet been arrested; this inspite of a Supreme Court order demanding his arrest. Bhide, a hardcore ‘hindutvadi’, is close to several of the RSS leaders including PM Modi.

Rising prices is violence! Prior to 2014, the BJP was shouting hoarse about the ‘price rise’. In just about four years the cost essential commodities have sky-rocketed: petrol has gone up from Rs 62 to Rs 84; diesel from Rs 44 to Rs 63; cooking gas cylinder from Rs 382 to Rs 800; a Railway platform ticket from Rs 3 to Rs 20; milk from Rs 38 to Rs 52 a litre; and the indispensable ‘dal’ from Rs 55 to Rs 170 a kilo. The exchange for a US dollar has breached Rs 74 – which is simply unbelievable. The purchasing power of the rupee has reached an all–time low! Whilst most citizens are affected, the poor suffer the most

Demonetization is violence! It is because its effects are being felt even today. It was a sham on the Indian economy. It hit the common person the hardest and without doubt helped the BJP and their ilk to launder their ‘black money’. The case on the son of Amit Shah and his ‘overnight’ wealth through fraud companies has still to see the light of the day! Official data and reports from the Reserve Bank of India clearly indicate that the so-called ‘demonetization’ hasin no way helped the Indian economy. Gita Gopinath, the Harvard Professor, who has just been appointed the Chief Economist of the IMF, has also been vocal in her criticism for Prime Minister Narendra Modi’s controversial note ban announcement in November 2016. In several interviews in December 2017, Gopinath had said that the Modi government’s demonetization plan was not macro economically sound.

Crony capitalism is violence! The rich have become richer in India and the poor poorer. A recent OXFAM Report clearly indicates that just one percent of India today owns 73% of the country’s wealth. It is indeed a poor commentary of a country, which is supposed to be wedded to the principles of socialism and equity. The Government is clearly on the side of the rich and vested interests like the Ambanis and the Adanis, the Modis and the Shahs, those who have looted the country and milked the poor of what is rightfully theirs; besides, there are those who have escaped the country with full connivance of the Government. They have all also stashed their ill-gotten gains in banks abroad!

Corruption is violence! Blatant acts of corruption are mainstreamed as never before. One experiences it everywhere! The poor person has no choice but to ‘pay’ in order to get things done! Nevertheless, corruption has reached a new level of sophistication as seen in the ‘Rafale’ scam. It is clearly an ‘abuse in authority’ a key clause in the Prevention of Corruption Act. The Government from the Prime Minister to the then Defence Minister has thrown all propriety to the wind to favour their rich friends.

Buying and stock-piling arms and ammunition is violence! The Russians are here selling their weapons of violence; we have bought from the Americans, the French and from elsewhere!  India today is the world’s largest importer of weapons with 14% of the world’s imports. In the past three years, India has imported arms worth US $ 14 billion. Against whom will these weapons be used? The Pakistanis or the Chinese? Or perhaps against the protestors at home! Instead of increasing the outlay to alleviate poverty, precious resources are being utilized for greater violence.

Sexually assaulting another is violence! The victims are women and children! From the apparent sanctity of Churches to the apparent safety of one’s home, they are at the receiving end of evil deeds committed on them! Some of these crimes are becoming known! However, lecherous, lustful men in a highly patriarchal society, which hardly respects the rights and dignity of women, stop at nothing: from attacking women in public places to molesting them in crowded buses and trains. Some of those in authority then conveniently blame the women!

Divisiveness is violence! People today are divided so easily in the name of religion and caste! Recently, three police personnel have been suspended after a video of them abusing and resorting to physical violence on a Hindu woman for being friends with a Muslim man, went viral in Uttar Pradesh’s Meerut. The ‘love jihadis’ take great pride in stopping people of different religious backgrounds from falling in love with each other!

Killing is violence! There is no doubt about that! So much has been happening all over! The lynchings because what another eats! The fake encounter killings: everyone is aware of who presided over these ‘fake encounters’ in Gujarat! The lynchpins of the Gujarat Carnage of 2002 still roam scot-free and are today in positions of power!

The list of violent deeds is endless! Violence has permeated into key areas of Indian society! It is a scourge. This is evident from the actions and the attitudes that are on display. If we truly want to live up to the legacy of ‘ahimsa’ given to us, we must eschew violence and ensure that the perpetrators of violence are made to realise that ultimately no good will ever come from any act of violence! Gandhi reminds us that, “non-violence is not to be used ever as the shield of the coward; it is the weapon of the brave!” Non-violence is the only way!

Note:  The views expressed are entirely that of the individual author(s) / contributors. Neither Church Citizens' Voice nor its owners, publishers/bodies or any person acting on their behalf may be held responsible for contents in the publication.