Is India really no country for women? 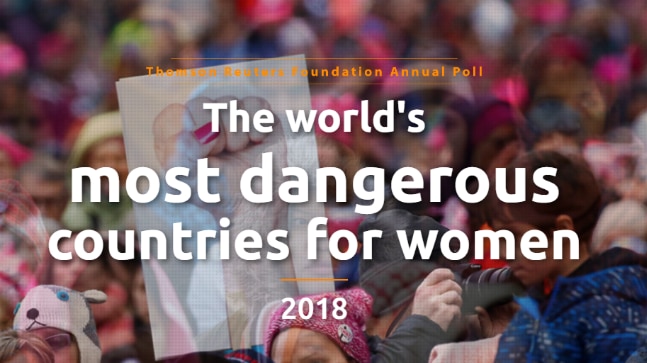 ed its report in which it mentioned India as the most dangerous country in the world for women – this is a sweeping statement – in respect of sexual violence against women, human trafficking, forced labour, forced marriage and sexual slavery.

The Thomson Reuters Foundation released its results Tuesday of a survey of 550 experts on women's issues, finding India to be the most dangerous nation for sexual violence against women, as well as human trafficking for domestic work, forced labour, forced marriage and sexual slavery, among other reasons.
It was also the most dangerous country in the world for cultural traditions that impact women, the survey found, citing acid attacks, female genital mutilation, child marriage and physical abuse. India was the fourth most dangerous country for women in the same survey seven years ago.
Nine of the ten countries on the list were from Asia, the Middle East or Africa. At number ten was the United States of America, the only Western country to be included. The foundation said this was directly related to the #MeToo movement.
The release of the report comes amid mounting public outrage in India, where a series of high-profile rape cases, including two unrelated attacks on girls aged 16 and eight, have forced the issue of sexual violence back onto the national agenda.
The methodology including the naming of the experts who compiled the report, leaves many loopholes in the credibility of the report. The report can be only countered with statistics by our National Women's Commission (It was established in January 1992 under the provisions of the Indian Constitution, as defined in the 1990 National Commission for Women Act.) and other NGOs, not to mention the Government of India coming out with its own argument, again backed by comparative statistics.  Isaac Gomes, Asso. Editor, Church Citizens' Voice.

Debate over the state of women in India has intensified after Thomson Reuters Foundation released 'The World's Most Dangerous Countries for Women, 2018' report on Tuesday, which declared India as the worst country for women's safety.

According to the report, India was the most dangerous country for women in terms of human trafficking, including sex slavery and domestic servitude and for customary practices such as forced marriage, stoning and female infanticide.

The methodology of the Thomson Reuters Foundation reveals that it is based on a survey of 548 respondents who were asked, which five countries according to them were most dangerous for women and which country was worst in terms of healthcare, economic resources, cultural or traditional practices, sexual violence and harassment, non-sexual violence and human trafficking.

It covered the 193 member countries of the United Nations.

The respondents were contacted online, by phone and in person between March 26 and May 4. 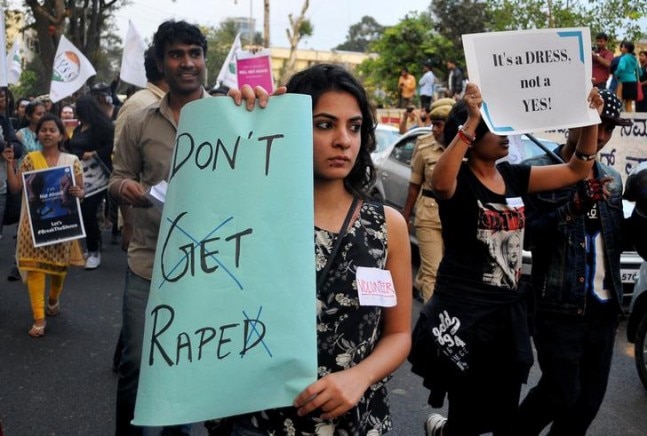 A woman holds a sign along a street in Bengaluru | REUTERS/Abhishek N. Chinnappa

Since not much details about the experts working on the survey or the data used was available in the report, we contacted Belinda Goldsmith, Editor-in-Chief, Thomson Reuters Foundation, for more details through email.

Reuters refused to reveal the names of the experts.

We are not releasing names. We gave an assurance to the experts in our poll that their answers would be confidential.

– Belinda in the email response

We also asked who were the experts they called for the report when it came to India contacted and the reply that we got was "more than 100 of the respondents said they were experts on India".

Since the population of the 193 countries, which were part of this survey, varies massively, we also asked Belinda if that was taken into account for calculating the number of crimes and if the data published by the governments were used to arrive at a conclusion, she admitted not doing so.

No, this was a perception poll based on the views of experts and not on data.

Was it right for Thomson Reuters Foundation to rank the nations just on the basis of perceptions of experts without even disclosing their names and without using any government data?

To put things in perspective, we looked into what methodology was used by the reputed global institutions like WHO and UNO for such reports.

Research guidelines of UN empathises the importance of police and court statistics for reports on crime against women.

It further says, "Comparability of statistics on violence against women is one of the major requirements for providing an accurate quantification of this phenomenon across time, nations, regions and the world. Violence experienced by women takes many different forms, and it is necessary to classify them into sets of indicators to create a common statistical instrument."

We tried to find out the details about Manjunath Gangadhara and found that he is a joint labour commissioner in the Labour Welfare Board in Karnataka.

Manjunath confirmed that he was contacted by Thomas Reuters Foundation for his opinion, but strongly disagreed at the ranking of the countries only based on perceptions without any data.

I am not in a position to comment about the crime against women in other countries as I have little information on that, but I am extremely uncomfortable, rather upset, at the ranking of the countries in the report.

– Manjunath to India Today over phone

Thomson Reuters Foundation ranking of the nations for choosing worst nations for women is based on six categories:

All these six categories have different parameters within them.

India has been ranked No 1, ie; worst in the world in three of these six categories – sexual violence, cultural traditions and human trafficking.

We looked into the reports by some other reputed international organisations, who have used data and more transparent methodology for similar studies to see how India figures there.

Although, there is no study available to capture exactly the same parameters in all the 193 countries surveyed by Thomson Reuters Foundation for this report, therefore, a direct comparison is difficult.

Thomson Reuters Foundation declares female genital mutilation (FGM) as one the parameters in cultural traditions where India has been ranked worst.

But according to a report of WHO, India is not even mentioned in the list of 29 countries where female genital mutilation is prevalent. 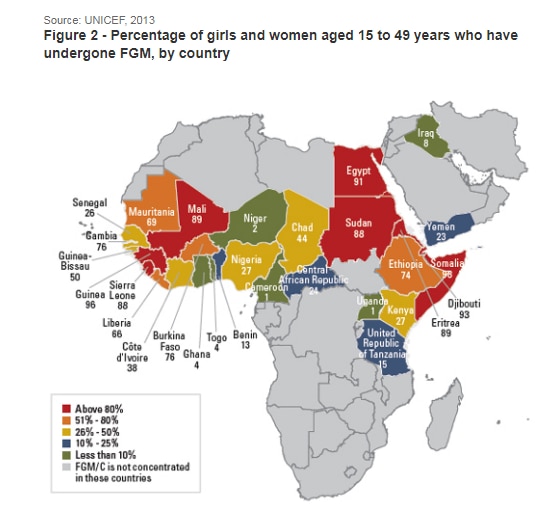 Thomson Reuters Foundation claims that India is also worst in sexual violence against women ranking behind countries like Congo, Syria and the US.

But the United Nations report 'The World's Women 2015' portrays an entirely different picture.

The report says that the percentage of the women between 15 and 49, who faced sexual violence at least once in a life time in India, was less than 10 per cent, while there are many countries where the percentage was as high as 20 to 30. 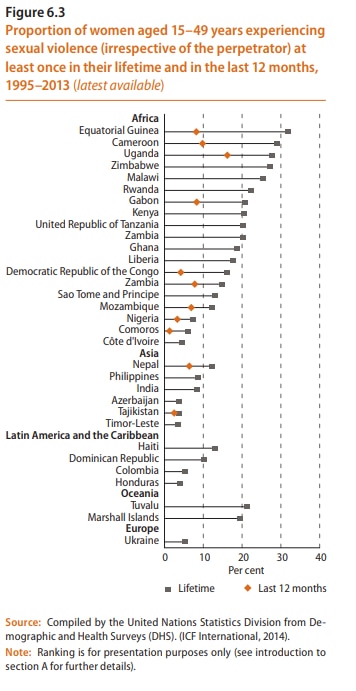 It is clear, when compared to the studies and reports of other international organisations, Thomson Reuters Foundation ranking India the worst country in the world for women does not look convincing.

(With Inputs from Arjun Deodia)