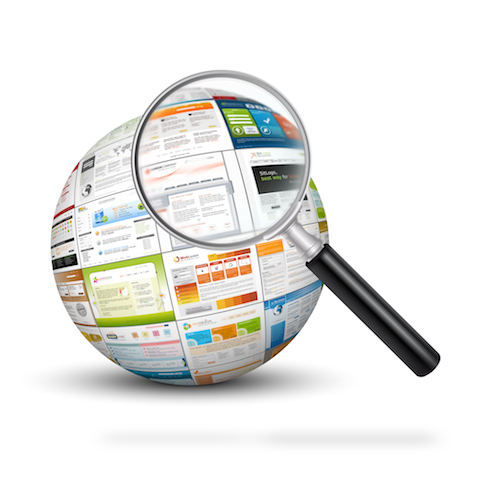 Bombay’s Cardinal Oswald  Gracias wrote to the Editor in Chief of CCV On July 14. The CCV

heard of the survey for the first time on July 6th. Ever since that time he was on a frantic search to unearth the real truth about the Survey. He wrote to very many people in different parts of the country. There is no doubt about a survey conducted, the doubt is about its tall claims. Here below is one instance, among many of his writing to: The Voice of Bombay’s Catholic Laity. Though the letter was not for publication, the editor published it. Kindly read the letter and the results it produced – Joseph Mattappally (Asso. Editor, CCV)

Has anyone answered the Family Survey CBCI Questionaire?

Posted on July 8, 2015 by The Voice Of Bombay's Catholic Laity

CBCI family commission that they made a family survey in India, got over 50,000 responses from over  80 of the 131 Latin dioceses, distributed the Lineamenta related adapted questionnaire in local lanuages like Hindi, Tamil etc. The person concerned asked me to check the CBCI family website.

I did and the above details are from there, but I could not find what responses they got from lay people, if they wrote anything specific in the last BIG column to make their suggestions on burning racial family issues like promoting pure blood marriages, blocks created for interRite marriages etc. But none could give me specific answers, not even the CBCI Family Commission. I wrote to all of them. The ones who answered ask me: Refer that, refer this etc. some of them non-existent,driving me from pillar to post.

I inquired with my many friends if they received any questionnaire sent by CBCI to be filled in. No one in my contacts received them, nor did my parish priest or the editor of Sathyadeepam heard of it. Please let me know if you have seen any questionnaire distributed anywhere. I would be immensely grateful TO YOU for your help. Thanking you in advance and conveying you my good wishes and God bless,

Many people tried to get forms but the site would just not open. The forms were distributed to persons whose views were in line with what the church wanted them to think. Mumbailaity

These are all cock and bull stories and claims that are made. Like you said none of your contacts have recd the same , this in itself shows their concocted story.

Here in Lonavla — a day or two, before the last date — we were given the forms after 7.00 AM Mass and asked to complete the forms in Church– and return them right away — there was really no time /chance to either really understand /ponder over the forms — most parishioners — like sheep in the flock filled them up with the ticks in the allocated boxes — I happened to take a bit of time — and was asked to ” hurry up ” — What use / purpose such a survey will serve I cannot understand !!!!
Also shows that Bishops of the various dioceses care two hoots about any sincere request for information by Pope Francis —
As I have always said this wily bunch of senior clergy are too immersed / drowned in the luxuries of their positions — they CAN NEVER CHANGE !!!!
Let us really pray that Pope Francis succeeds in bringing about the the change of the dirty mindset of these ROGUES / WOLVES

Looks like The Pharisees and Sadducees still exist today, but, in a different format. We need to be Witnesses to Our Lord. In whatever way possible. “Blessed are those who do not see and yet believe”. Its sad to see so many divisions in thought, Word and Deed, by the Church The Body of Christ being Crucified again.

A good sample of reactions to the Mumbai Cardinal's claim of conducting a survey on Christian families is what is sent by the Mumbailaity. This is just what I had expected. It reads: "Many people tried to get forms but the site would just not open. The forms were distributed to persons whose views were in line with what the church wanted them to think."

As I already said, this is could be a farce. As a member of the Synod council, the Cardinal himself or his team could have desired to show that he has done something. I've asked my friends. and many others through them in Mumbai, if they are aware of such a survey and none of them could answer me affirmatively. None of them have seen a questionnaire in any media nor heard of it. What then does the Cardinal mean when he mentions two separate questionnaires? We are interested in the extent of laity participation, which has yet to be verified and confirmed. This is our right in regard to the other prelates in India as well especially those in Kerala. This is not a secret to be kept to themselves but has to be published here so that the believers have some idea of what their bishops as their representatives have to present in the Synod in Rome. The Pope and the Synod is not interested in the opinion of the bishops but the constructive reaction of the families themselves. Otherwise the family synod has no meaning at all. Let us hope we'll have proof of a church wide survey at the earliest. This is a matter that deserves serious attention from every Christian in land.

From Kolkata comes another reaction

Dear Mr Zacharias Nedunkanal, you are absolutely correct. The Cardinal just made a statement – he did not

give any proof of the filled up questionnaires which he claims was done in Mumbai Archdiocese. At least he could have sent a few scanned copies of the questionnaires signed by respondents.

The matter needs to be probed further. Why is the Editor of Indian Currents keeping quiet. Just because he happens to be a priest? What about carrying out his primary job searching for Truth and reporting the Truth?

I can understand how you feel about these happenings as a follower of Jesus Christ. Are these priests trying to repeat the history?

Last year a few of us lay Catholics in India undertook our own study and initiative and even got some bishops on board. We gave our report to the delegates from India attending the Synod. It found no mention in the Synod lineamenta. For the final round there is no information about what the bishops are doing. IT IS A HUGE BETRAYAL, nothing less. The bishops only seem to want our donations in cash or personnel (vocations)! The rest be damned.

Congratulations to both, Dr. Kottoor and Chhotebhai. It’s really tragic and shameful for the Indian hierarchy to keep the faithful in the dark, ill informed and in a sense illiterate.

Kottoor I am shocked at the level of misinformation that you are propagating. For your information, the CCBI Family Commission has conducted a survey where over 100 Latin dioceses in India returned more than 56000 responses. The questionnaire was made available in 9 languages.

You may contact Fr. Milton, the Executive Secretary of CCBI Family Commission for a report. Also, you may like to know that I have personally sent preview reports to various reform groups across the world including CCRI where you are an advisor. My request is that with immediate effect you post a correction.