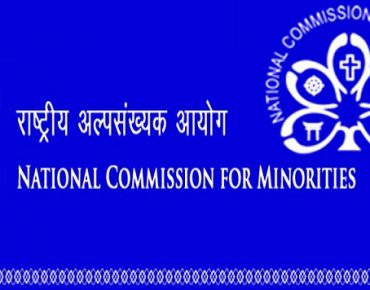 New Delhi: Sister Jessy Kurian, a former member of the National Commission for Minority Educational Institutions (NCMEI), sees discrimination in keeping the post of a Christian vacant in the quasi-judicial body.

The federal government set up the four-member commission in 2004 to promote education among minorities. It does not have a chairperson now and Sister Kurian’s apprehensions came amid speculation that the Human Resources Development ministry could appoint a member from the Jain community to the post.

The Jains, who got minority status in 2014, have been pressing for a membership in the National Commission for Minorities. But there’s a possibility the community could be accommodated in the NCMEI instead, thetelegraphindia.com reported.

Christians, who form 2.3 percent of India’s 1.2 billion people, are more than six times the number of Jains in the country.

Not appointing a Christian as an NCMEI member would amount to discriminating the community, Sister Jessy says.

Two Muslims and a Sikh are the other members in the NCMEI, which decides on granting minority status to institutions.

Kurian said Christians, the country’s second-largest minority grouping, had a “legitimate” expectation after being involved in running more than 30,000 educational institutions where over 20 million children study. “Despite praiseworthy contribution in education, if Christians are not represented in the NCMEI, it will be discrimination against the community by the central government,” the Catholic nun said.

The commission has always been represented by a Christian since it was set up. The NCMEI Act says the commission would consist of a chairperson and three members from the minority communities to be nominated by the federal government. The chairperson must have been at least a high court judge while any person of eminence, ability and integrity can be a member, the act says.

The three members on the panel now are Zafar Agha, a journalist; Naheed Abidi, a Sanskrit scholar, and Baltej Singh Mann, an economist. While the previous government had appointed Agha, the current government appointed Abidi and Mann in 2015.

Sister Kurian, a member of the St. Anne’s Providence of Secunderabad, agrees that there is “no legal provision” that the NCMEI must have a Christian as a member. “But it is a legitimate expectation going by the population and contribution of Christians in education.”

Kurian, an NCMEI member from 2008 to 2009, said the commission has always had a Christian member. Valson Thampu, who was until recently the principal of Delhi’s St. Stephen’s College, was among the first three members appointed in 2004.

Kurian appeared unimpressed by the appointments made in the last two years, saying none of the members had a legal background. “The NCMEI is a quasi-judicial body. The commission has to dispose of cases based on landmark judgments of the Supreme Court and high courts on minority issues. Hence the members should preferably have a legal background,” she said.

The commission awards minority certificates to institutions set up by minorities. In 2011, it had declared the Delhi-based Jamia Millia Islamia a minority university. The decision has been challenged in court.

Until January this year, the NCMEI had awarded minority certificates to 11,623 institutions, including 4,447 in Kerala, 2,604 in Uttar Pradesh and 696 in Bengal.

The NCMEI Act, however, does not say that the members should have a legal background.