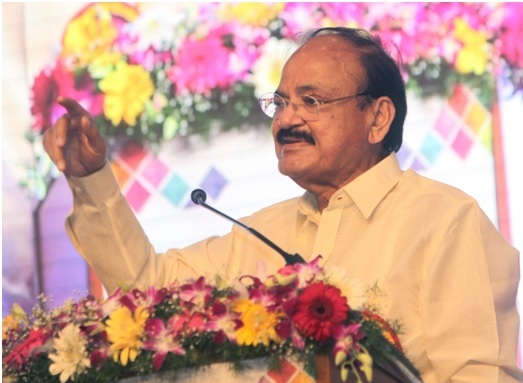 (Note: This is to throw more light on CCV’s earlier postings on Arnab’s resignations/firing and media clamour against heavy- handed Emergency like action on free press.

Now the Damocles’ sword is falling on Big Fish NDTV, Times Now from different quarters. It is good the Broadcasting Minister has responded to complaints from free press, the fourth estate. Only he has not given convincing reasons to justify the government action. So the uproar is bound to  continue till clarity emerges and legitimate freedoms are upheld. james kottoor, editor).

CHENNAI: Information and Broadcasting Minister Venkaiah Naidu indicated that the Centre had decided to impose a one-day ban on NDTV India because the TV channel was “unrepentant” about its coverage of the Pathankot terror attack in January this year.


“The action was recommended so that the channel cannot get away completely for being unrepentant in the matter,” Naidu said in Chennai on Saturday.  The news channel has been ordered to go off air on November 9. The government said NDTV India’s coverage gave out sensitive details of the anti-terror operation and could have aided the terrorists.

Information and Broadcasting Minister Venkaiah Naidu speaking at a Builders’ Association of India event, in Chennai, on Saturday | PTI:“The government issued a gazette notification requiring TV channels to limit live coverage of anti-terror operations to the briefings of designated officers. NDTV India violated this provision and was found to be unrepentant on what they have done.” said Naidu. Naidu also rejected the Editors Guild’s suggestion that rather than imposing a one-day ban on the channel, the government ought to have approached the courts.