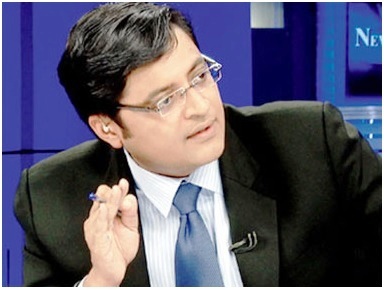 Arnab Goswami, the vociferous Times Now news anchor whose jingoistic tenor, a habit acquired during his days as a schoolroom debater, helped him amass a large constituency of devotees (and detractors), left the channel following differences with its owners, the Jains – Sameer, Vineet Kumar and Raj – of Bennett Coleman & Co, Ltd, according to those familiar with parleys leading up to his resignation.

There were occasions, it is reliably learnt, when BCCL executives, headed by CEO Raj Jain, flagged a few "editorial positions” taken by Goswami; these were deemed "not in sync with management". One such instance pertains to calls from various political and provincial factions to ban Pakistani actors from working in India, following attacks by Pakistan-backed militants in Uri, Jammu and Kashmir. On October 6, BCCL Managing Director Vineet Jain tweeted in support of actors from across the border. By supporting Pak artists v come out stronger globally.we get known as a liberal&peaceful nation..We isolate Pak even more among pak citizens

This was a view at variance with the one expounded by Goswami on his 9 pm show, The Newshour. Later, when a guest on the show drew the anchor's attention to Vineet Jain's tweet, Goswami replied that he hews to a nationalist position that is his own and does not abide by the diktats of "others". This was the first visible indicator of friction between the Jains and Goswami.

Added to this was the growing resentment between Goswami and a host of political parties, including the Congress, whose leaders often complained to the Jains that Goswami, especially in recent times, was "unnecessarily showcasing" a particular right-wing inclination. But the Jains, who have long favoured ratings over editorial probity, refused to reign in Goswami; what chafed more, perhaps, were calls made by Goswami to take an "ownership position" at Times Now, a demand its owners deemed untenable and unjustified.

Sources within the network told this writer matters came to a head not too long ago, and that both the Jains and their mercurial employee began developing an exit plan. According to one insider, top-level meetings were held at a "Himalayan retreat of the Jains" to find a replacement for The Newshour anchor.

One day, quite recently, Goswami, who sheds his bombastic studio persona while outside it, gathered a small band of loyalists and broke the news to them, hinting that “the game has just begun”.  A clip of the speech, which was uploaded to YouTube, has been viewed by over 200,000 people. Unfortunately, it ends abruptly, an indication Goswami asked his colleagues not to record his statement.

Goswami could soon chart a new course as media maven with interests in a global news channel that addresses Indians and the Indian diaspora, which numbers about 20 million, sources familiar with his plans told this writer.

The anchor has betrayed signs of his intentions in the recent past – although he has done so, atypically, in an oblique manner. On 31 October, at an event hosted by the Confederation of Indian Industry (CII), Goswami — he was among the speakers — referred to himself as an “evangelist in the wonderful profession of journalism”, and added, cryptically, “We will take news away from Delhi, it cannot be the centre anymore.”

But in private discussions, he has talked to friends and potential backers of his keenness to turn entrepreneur and start a news channel with a focus on South Asia and a global footprint for the Indian diaspora.

He has not laid out the minutiae of his plans, merely asking loyalists if they will leave the channel if he asks. Nearly all of those that have received his invitation, I was told, have accepted. One of them, Naveen Kapur, Editor (Input), has "worked overtime" with Goswami on his future plans.

Meanwhile, the Jains have yet to send out an official communique informing BCCL employees of Goswami's exit, or a strategy to find his successor. While this has led many at the Times Group to speculate that the anchor could be lured back into the fold, those close to him said "Arnab will not step back".

As for his plans, much of what circulates is stoked by speculation. One theory has it that Fox News, headquartered in New York and owned by billionaire Rupert Murdoch, has held "serious negotiations" with a "businessman turned politician" fronting for Goswami. This premise suggests Murdoch will offer Goswami the 33 percent equity he seeks and rope in an Indian partner — ideally an Indian businessman with interests in the news business — for extra cash. Under current rules, a foreign entity cannot hold more than 26 percent stake in an Indian media company.

Another set of potential investors, it is learnt, includes former Infosys Chief Financial Officer Mohandas Pai, entrepreneur and Member of Parliament Rajeev Chandrashekhar, Anil Monga, the "perfume king", and Shalabh “Shalli” Kumar, a Chicago-based industrialist who donated $1.1 million to US Presidential candidate Donald Trump’s poll expenses. There are a few top stockbrokers and legal heads in Delhi and Mumbai who have agreed to pool their resources "should Goswami ask", it is learnt.

The anchor has made it clear to his investors what he wants: A global news operation with focus on South Asia and the world, especially in countries where the Indian diaspora is present in large numbers.

“Launching a channel is a big headache but with Goswami, things like uplinking, downlinking permissions and security clearances could work out pretty smoothly, pretty fast,” said an industry veteran following the developments, alluding to the anchor's perceived closeness to the present administration.

Goswami has made it clear that he will swing with those who can easily take care of the distribution business — it puts Chandrashekhar and Murdoch ahead in the race — and high digital penetration across South Asia and the world.

But things are far from fructification, I was told. Goswami and his team of advisors have "kept the doors open" for interested partners. The Bombay Club — known for its deep pockets — has already sent feelers, some sending their sons to attend so-called investor meets. A liquor baron turned real estate tycoon in Delhi has shown interest, so has the city’s biggest troubleshooter (who has said he wants to "pledge his personal cash").

It is rumoured that Zee Telefilms, which runs a news channel WION (World Is One Nation) modelled on the lines of a global Indian network, sent its emissary to negotiate with Goswami. But the move failed.

“He has been at it for almost a year and half,” says an industry analyst. He remembers how Goswami first discussed his plans with India TV owner Rajat Sharma; this failed for reasons unknown.

The analyst says that though Goswami will find it hard to reprise his success at Times Now, media commentators in India have interesting times ahead of them – and sufficient fodder on which to masticate for months. “He will obviously cash in on his star value, probably some viewership shift will also happen,” this analyst told me.

“Everyone will watch his new show, his new channel. But from there on, he will have to again set the agenda for others. It will be a tough task to change the paradigm of news television,” Sanjeeb Ghosh, a seasoned media commentator, told me.

(Firstpost is from the same stable as CNN-News18, which competes with Times Now.)